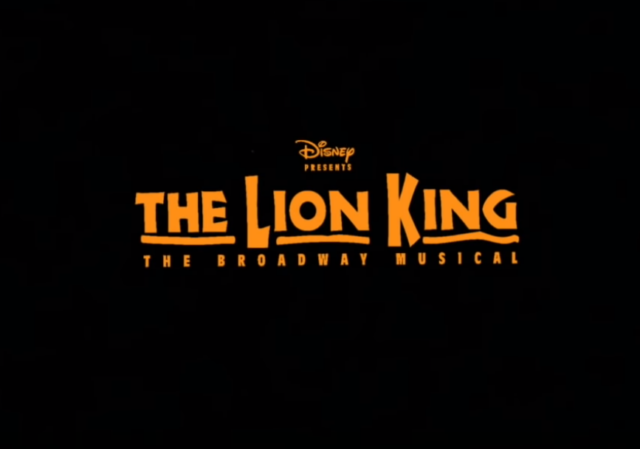 Sean Penn rather wittily observed of the woke crazy that pretty soon only a Danish prince will be able to play Hamlet.

Apparently, the racist “antiracism” runs even deeper than that because now, in New York City, white people can’t be sign language interpreters for black actors on Broadway.

A white sign-language interpreter says he was booted from “The Lion King” on Broadway because of his skin color.

Keith Wann, 53, was one of at least two people forced off the production by the non-profit Theatre Development Fund – which staffs Broadway shows with American Sign Language interpreters – after the group decided it was “no longer appropriate to have white interpreters represent black characters for ASL Broadway shows.”

Wann filed a federal discrimination lawsuit on Tuesday against the organization and the director of its accessibility programs, Lisa Carling.

Carling told him and interpreter Christina Mosleh to “back out” of the show — which celebrates its 25th anniversary on Sunday — so they could be replaced by black sign-language experts, according to the suit and emails obtained by The Post.

Lest you think that Wann was hired early in the production’s run. No. He was hired in March. Of this year. Did they not notice the glaring failings represented by his white skin at the time of his employment?

Wann, a sign language interpreter and performer who has been working in New York for more than a decade, was offered the chance in March to work on one of Broadway’s most-acclaimed and longest-running shows.

But days later, he was shocked when he received an email from Carling sheepishly asking him and another interpreter to leave the show, citing “the current social climate.”

“With great embarrassment and apologies, I’m asking you both to please back out of interpreting the show for us on Sunday, April 24,” Carling wrote. “I don’t see any other way out of this. It seems like the best solution.”

Racist hiring and firing practices are not the “best solution” to anything.

Lion king. A pride parade before the fall.

Is the Lion King a lion? What language does the lion speak?

This is happening all over. Sometimes they lie about why you’re being let loose. Also the inherent bias training is essentially an anti white brainwashing training going on in corporate companies now too.

why are white people allowed to watch the show?

Whites have to enter through the back door and have separate concessions. Ain’t no race mixin on Broadway!

When my children were little I bought all the Disney movies for them, and I bought most of those in DVD for my grandchildren. A year or two ago I got rid of everything Disney, VHS, DVD and books,

I do not want my grandchildren to be lulled into thinking of Disney as benign, they are not.

Instead, I watch the same stuff I grew up with, with them.

Re the NY Post: I stopped reading it. It’s become a swamp screed. Same with Fox News.

Fool me twice, shame on me.

Therefore the story has no basis in fact?

Fox News pushes trans ideology too. Fox News is also turning on trump. This will be in the resting to watch. Trump never stood up for white people anyways. He just cried about the Latino vote and record black unemployment just like all the rest of them.

You do know the post was the only one of the major papers willing to stand up and run the Hunter Biden laptop story right?

It’s great someone is FINALLY suing over the horrid racial discrimination in the theatre/ film community—all the so-called “arts” actually. In casting, it’s called “conscious casting” or “identity casting” and it’s quite intentional to discriminate based on race and/ or sexual orientation. Look at the postings sometime for any open casting call. They ask for “BIPOC” or “ethnically fluid” or “non-traditional” sexuality. Why would they think it’s not okay to discriminate against a sign language interpreter?! It’s a sick, toxic environment and they crow proudly about it. In fact, if you complain, you’re the problem—and you’re un-hirable, blacklisted. Google it, but here’s one article from 2017, LA Times: https://www.latimes.com/entertainment/arts/la-ca-cm-authenticity-in-casting-20170713-htmlstory.html

Ha ha! It’s funny because they used to whine about blacklisting!

Col. Travis has the critical point. It is, by their definitions, racist for any white people to buy tickets with their racist money and bring their racist selves to the theater. Disney can do without it and them.

“Keith Wann, 53, was one of at least two people forced off the production”
Hiya, Keith! How’dja vote?

“so they could be replaced by black sign-language experts,”
By great good fortune, Garrett Morris is still not dead!
I know he’ll do a bangup job for yez, jogguz!

Hey, Keith Wann … can we get a photo of you wearing your favorite BLM shirt?!

If this is how it is going to work, the play, and whatever “acceptable” black sign language interpreters they get, should speak Swahili or some other African language.

English is definitely the language of the white devils.

How much would you like to wager that trying to apply the same “logic” to, say, a Shakespeare play, would be deemed “racist?” You know it would.

Is it racist to observe that there is now “black racism” and “white racism?” Or is it 64 “genders” of racism? Or is it “justifiable racism?”

The absurdity and ridiculousness of all this wokist idiocy is too apparent.

I am confused about all this talk about black sign language experts.

Exactly! Maybe it is “deafbonics.”

Clearly, the very thought of a white person working on anything about Africa triggers leftist racism.

I heard the lion king had brown fur.

Mickey Mouse is black. Donald Duck is white. It’s high time we all got on the band wagon to ensure that all of the cartoon characters’ voices reflect who they are.

“Is there is a school where white people can learn black sign language?”
Yes.

Can’t think of a reason. Especially in NYC, with “get out of jail free” Hochul in charge.

Well, if they can’t hear the musical—and all they can do is watch, I’m sure they are not going to sit there and watch a sign expert waving their hands to let them know whether the music was loud or soft—instead of WATCHING THE DAMN CHARACTERS IN THE BRIGHT COSTUMES MOVING AROUND ON THE STAGE.

During the age of rock musicals, many of them weren’t deaf when they came in.

And with the Communist-Democrats now having total control over everything, this is only going to get much, much worse.

I don’t think it ever gets better.

It will if Whites ksy down and show their bellies, yes. Ever heard of fighting back?

Jews fought valiantly in the Warsaw Ghetto. It was a more honorable way to die. But they still died. They were facing insurmountable odds.

You expect to defeat all that? Really?

“Ever heard of fighting back?”

Never heard of it.

There is no series of hand gestures in the RNC version of ASL with that meaning,

“Put up your dukes!”

At least they didn’t capitalize “black”.

If the story’s facts are correct, he was fired because he was not black, he clearly should win his case.

I am not smart enough to understand the concept of a “Black Lion.”

It’s right up there with “Black Lightning.”
I think you have to be from Wakanda to have ever seen either.

What’s galling and appalling is how brazen, unabashed and allegedly laudable/legally supportable this racist discrimination against “whites” has become. Universities have been doing it for decades — with the Supreme Court’s enabling/blessing, but, corporations and businesses have, at least until recently, been much more subtle about engaging in such discrimination.

The only solution — imperfect, admittedly — is to the sue the hell out of every employer who engages in this racist and illegal employment practice.

See my comment above about “conscious casting” or “identity casting.” It’s intentional and no one except this brave guy thus far has been willing to take on the arts and casting community on its blatant discriminatory, racist policies. Hope he wins BIG—and that this moves the industry to stop. It is toxic.

I thought all the characters were animals. Why do you have to have a certain color of skin to tell the hearing-impaired what the animals are saying?

Are the animals speaking African or English? The reason I ask is because I watched a Spanish program on tv and all the animals in Mexico speak Spanish.

I am pretty sure the animals in Africa speak English. Disney wouldn’t lie to children.

“Why do you have to have a certain color of skin to tell the hearing-impaired what the animals are saying?”
It’s the difference between Doctor Doolittle, and Doctor Dindunuffin.

so they could be replaced by black sign-language experts
You mean like this guy?
https://www.foxnews.com/world/sign-language-interpreter-at-nelson-mandela-memorial-found-to-be-signing-gibberish

Well…it would fit the plot…

He’ll prevail in his lawsuit; indeed, I suspect the defendants will do an early Rule 68 offer of judgment if they can’t get him to settle quickly.

But he’ll be blacklisted (if he hasn’t already been), and won’t be able to work on a major Broadway production ever again.

Sad but as Adam Baldwin, Gina Carano, and others exemplify, in show biz if you’re not woke, you don’t work.

Which is why I try not to give Hollywood, Broadway, Disney, etc. any of my money.