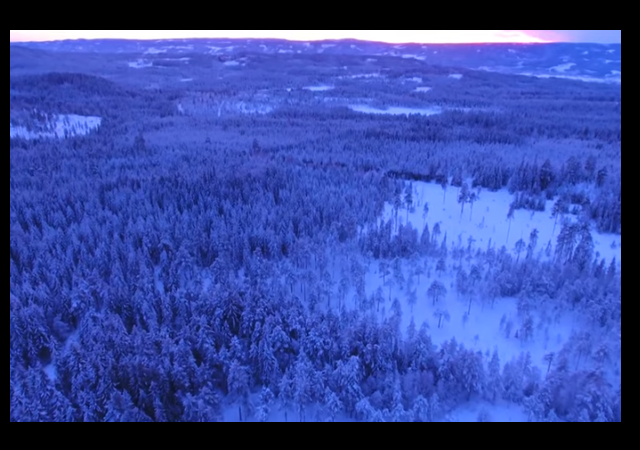 French scientists report they have revived a “zombie virus” from Siberian permafrost that is nearly 50,000 years old, a record age for a frozen virus returning to a state capable of infecting other organisms.

The team behind the work, led by microbiologist Jean-Marie Alempic from the French National Centre for Scientific Research, says these reanimating viruses are potentially a significant threat to public health, and further study needs to be done to assess the danger that these infectious agents could pose as they awake from their icy slumber.

“One quarter of the Northern Hemisphere is underlain by permanently frozen ground, referred to as permafrost,” write the researchers in their paper.

…The 48,500-year-old amoeba virus is actually one of 13 outlined in a new study currently in preprint, with nine of them thought to be tens of thousands of years old. The researchers established that each one was distinct from all other known viruses in terms of their genome.

The premise of the research is that these viruses could be unleashed by “climate change.” Professor Jean-Michel Claverie, who led the study, warned medical authorities about the potential impact of newly revived viruses.

His team said up to a fifth of the land in the northern hemisphere is underpinned by permanently frozen ground, which, if left to thaw, could unleash a string of deadly microbes that have laid dormant for thousands of years.

“This wrongly suggests that such occurrences are rare and that ‘zombie viruses’ are not a public health threat,” Prof Claverie’s team wrote in their findings.

The scientist isolated 13 types of virus from seven ancient Siberian permafrost samples and only looked at those that infected an amoeba known as acanthamoeba.

This was for safety reasons as these bugs are believed not to be able to infect humans.

The French scientists hit all the narrative science buzzwords in their report…including the “greenhouse effect.”

After studying the live cultures, scientists found that all the “zombie viruses” have the potential to be infectious, and are therefore a “health threat.” They postulate that we could see more COVID-19-style pandemics in the future as ever-melting permafrost continues to release long-dormant viruses like a microbial Captain America.

“It is therefore legitimate to ponder the risk of ancient viral particles remaining infectious and getting back into circulation by the thawing of ancient permafrost layers,” they write. Unfortunately, it’s a vicious cycle as organic matter released by the thawing ice decomposes into carbon dioxide and methane, further enhancing the greenhouse effect and accelerating the melt.

For extra drama, the scientists named the virus Pandoravirus yedoma. In Greek mythology, Pandora was the first human woman to open up a cursed box and unleash evil into the world.

Before the panic sets in, it is good to note that the extent of snow coverage in the Northern Hemisphere is the highest it has been in 56 years.

Snow extent in the Northern Hemisphere at the end of November represents an important parameter for the early winter forecast. This year snow extent is running much higher than average and according to existing global estimates, it is now beyond the highest ever observed so far.

We may want those greenhouse gases and warmer temperatures, despite the potential for the zombie virus, in the middle of what is setting up to be an icy winter.

The Next Big Crisis.

I long for the olden days of my childhood. Life was so simple that it was just cranberries causing cancer.

Amd grown in the bogs of Wisconsin

In either autumn of 57 or 58, the press announced cranberries caused cancer. After causing sufficient panic and some financial damage, and the holidays were over, they announced this was not so after all.

And then it was apples.

Wiscahhhhhhhhhnsin? Nuh uh! Cape Cahhhhhhhhhhd!
Remember this as a kid. Damn near tanked Ocean Spray.
Then next decade, botulism in Bon Vivant canned soup.
That was before the era when most of the dangerous “food additives” were actively put there BY the government (like paraquat and Agent Orange).

“Global warming” is also useful as both a dessert topping and floor wax.

Sigh. The opening scene in many a horror movie.

We will never have another large viral outbreak where we won’t wonder if it came out of a lab.
I wonder about this unknown kennel cough raging through the K9 population now.

My dog got it twice, despite being vaccinated.

The real danger is posed by researchers digging up and reviving a frozen virus. But I’ve seen this movie already. They can’t resist themselves. And the end tends to be a little, well, messy.

They can’t resist themselves.
But *I* would never do that!
It’s called hubris. It’s the first sin and it’s the downfall of almost every king and emperor in history.

Can we PLEASE get ALL of these scientists to sit down and watch Andromeda Strain, Outbreak, and a hundred other movies? Force them to read some of those novels? FORCE them to grasp why all those stories were written?

They aren’t allowed to ever touch another virus or bacterium until they watch them ALL and then write a 5,000 word report on the hubris common among the antagonists in those stories.

We can do it! Look at our cool technology! See how smart we are! This will get me published! Do this and I get a tenure track position for sure!

Amazing level of hubris but also some simple old fashioned greed as well.

A prime example of those who are educated beyond their intelligence.
.

Please add politicians to that.
The populace would also benefit from broadening their minds- get them off Tik Tok and make them think!

Is there any actual data about the yearly extent of permafrost around the globe?

Using the watermelon claim of global warming, they have the chutzpah to allow this virus to leave the permafrost. Whoever funded them should be shutdown post haste.

Why not a new zombie virus?

Wait! I’m confused. In order to understand the health threat of viruses emerging from hypothetically melting permafrost, they decided to study something that poses no threat?

And they got money for this????

Taxpayer-funded grants have paid for studies on intoxicated fish, or cramming the equivalent of massive amounts of cyclamate into lab rats to find out what happens, This is no surprise to me at all.

But how did viruses get trapped in permafrost 45,000 years ago? Was the ice there or were conditions warmer?

There is no need to revive Zombie viruses from 45,000 years ago—just get a sample from one of the zombies at an ANTIFA rally.

“Fiery, but mostly peaceful protests after police shooting,” said a reporter who was at one rally, so scientists would be in less danger than a lab.

Give them a shiny new toy and they can’t resist playing with it.
.

Who is up for another pandemic brought out of test tube so we can go back to at best lockdowns or worse a real Black death spreading over the world?

Wait! You’re saying the world was warmer then?

Until some idiot thinks an “gain of function” study is necessary….

How come we haven’t heard of any new gloBullschiff warming taxes to cure the amount of CO2 and other stuff being blown into the atmosphere by the volcano in Hawaii?
Thinking Hawaii should be taxed by a multiple of ten for not making the volcano “woke” about what it’s doing to the urf’s environment.

Wait, I saw this movie!!

Misunderstanding?
They said they chose this one because it was not a hazard.
They didn’t say it was the only one there.

Again with the French. Another virus that “don’t worry, we will study it safely” from the scientists that gave you Covid. How about just leaving it where it is as Siberia isn’t exactly Times Square.

Someone needs to call author Saul Herzog. It could be the greatest interview ever.

Also, that’s a weirdly specific time in the headline. Did it have a suspicious appointment penciled in on its calendar? Did its watch stop?

Carbon dating can be that accurate if the sample is large enough. Here, they would date the plant material frozen with the virus, and the sample can be as large as they want.