“Arguably the most racist host on the network this side of Joy Reid.” 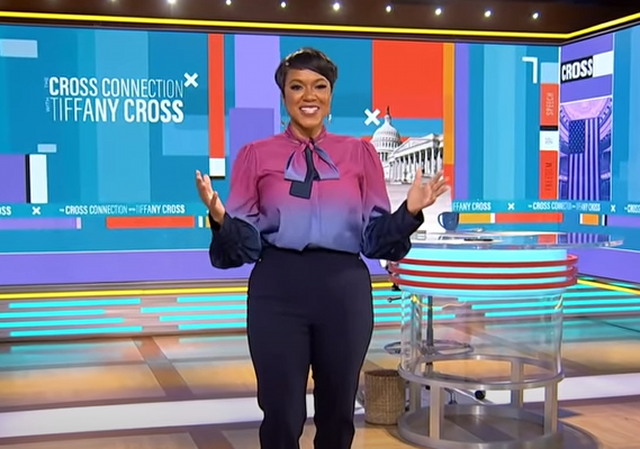 Tiffany Cross has been a weekend host on MSNBC for two years, but she quickly made a name for herself by espousing far left political ideas and saying things that were downright racist. Now the network has cut her show.

Media critic Joe Concha was pretty frank about it on Twitter.

Arguably the most racist host on the network this side of Joy Reid. Once referred to Sen. Tim Scott as a “token” and “clown.” The list of outright racist comments by her and certain guests are too many to list here. She’s out at MSNBC. “Standards” cited. https://t.co/CpAJjUYS7F

Variety reported the news but left out the controversial parts:

Her production staff was informed of the decision Friday morning, according to three people familiar with the matter. MSNBC declined to make executives available for comment, and Cross could not be reached for immediate comment.

MSNBC decided not to renew Cross’ contract after two years, according to one of these people, and severed ties with her immediately. A rotating group of anchors will lead her weekend hours until a replacement is found, and the production staff assigned to her show are believed to be likely to stay in place.

There has been speculation that Cross’ relationship with MSNBC was becoming frayed, according to two of these people, with executives at the network growing concerned about the anchor’s willingness to address statements made by cable-news hosts on other networks and indulging in commentary executives felt did not meet the standards of MSNBC or NBC News.

Virginia Kruta of the Daily Wire reports that some recent comments about Florida from Cross were the last straw:

During a discussion on Comedy Central’s “Hell of a Week with Charlamagne Tha God,” Cross gave her response to the prompt “One’s gotta go” — and her choices were Florida, Arizona, Georgia, and Pennsylvania.

“I say Florida literally looks like the d*** of the country, so let’s get rid of Florida,” she said, adding, “Let’s castrate Florida … Here’s the problem: Ron DeStupid, Ron DeSantis, whatever you want to call Florida man, he is so problematic.”

This was thought to be the “last straw” that got Tiffany Cross fired from MSNBC- she calls Florida, “the dick of the country”. Hours later she was let go. pic.twitter.com/JqEXTw7LxU

Just two weeks ago, Tucker Carlson did a lengthy segment on Tiffany Cross and the frequent racist content on her show. Watch the whole thing below:

Literally no one will miss her. https://t.co/c2xHaSOKBV

Is it possible that racism isn’t fashionable anymore?

At least until the elections are over….

Apparently even MSNBC has lines not to be crossed.

Not her. So much for the BS can’t fire a female person of color no matter what tropes.

Yep. The line is green and rhymes with “holler$.”

That’s a line few will cross, or be so woke they go broke.

I’m wondering if the diminishing viewership is finally being noticed at some of these companies. I mean, if only your wife and the dog are watching, at that point, maybe it occurs to them this isn’t a saleable product.

Sorta like the Democratic Party platform. But the Democrats haven’t figured out why they don’t have a salable product.

They believe it’s a marketing issue. But their inability to sell their crap isn’t because they haven’t shined it up well enough.

Bad week for left-wing propagandists. Cross makes three who have lost their prime-time or weekend gigs.

Here’s hoping Joy Read and the View are in the crosshairs as well.

Joy Reid is likely going down when her contract expires. The one women on the view comparing suburban women voting r to ‘cockroaches voting for Raid’ has get to play out. ABC gonna have to decide whether that’s out of bounds or not which will then create a precedent for what they consider to be problematic analogies.

I’ve been “treated” to MSNBC’s propaganda over the last year. They have a lot more to do to get rid of the racism, beyond this.

There is also a torrent of vile and dangerous propaganda, demonizing half the population of this country, every day.

It’s gotten so bad, my Daddy, a lifelong yellow-dog Democrat, can see it, and he is 90, with failing vision in dim (household) light.

A vile disgusting gas bag that deserves no attention, now or forever.

Oh I don’t know. If she ever said in person the vile things she has said on the air, then she deservers a good solid punch in her nasty mouth. From another woman, of course.

I dunno, I might identify as a women for that few minutes of well deserved justice.

Race-baiting host is being cut by MSNBC? Oh noes! Where am I going to go to get bait?

Gulfport docks on a sunny August afternoon. Just follow your nose. The aroma should match.
.

….against Dimsdale or I will lose.

Race baiting is anathema there, or was, but now The Chief Twit is reinstating people banned for simple heinousness, so I assume she’s back on that, shortly.

Who knew MSNBC had standards? There must be another reason, I’ll settle for “racism.” Easier to believe than “standards.”