“It’s Time to Say Goodbye to the ADL”

“It’s Time to Say Goodbye to the ADL”

Has the the Anti-Defamation League outlived its usefulness? 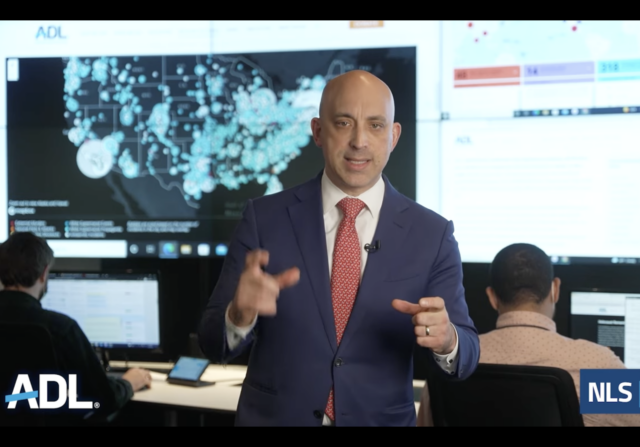 This report is stunning. What happened to this organization?

Which of these two individuals do you find more problematic?

Kyrie Irving, a kooky basketball player who believes that the Earth is flat, that JFK was shot by bankers, that the COVID vaccines were secretly a plot to connect all Black people to a supercomputer, and that Jews worship Satan and launched the slave trade?

Or Jonathan Greenblatt, the head of the Anti-Defamation League, who accepted $500,000 from Irving last week without even meeting or even talking to the all-star—and who was then forced to give back the donation when Irving blatantly refused to apologize?

Let’s think about it for a minute. One of these guys is a weirdo with dumb opinions he may or may not actually believe. The other is running a soulless racket which just made it clear that you can say whatever you want about the Jews and buy your indulgences at a discount price.

Don’t get me wrong: I absolutely believe that Irving’s endorsement of a Black nationalist documentary based on an obscure Jew-hating book, to say nothing of Kanye West’s meltdown, will most likely contribute to a surge in antisemitism in America, particularly in the Black community. But we Jews don’t control Kyrie Irving; in theory, we do control the ADL, and we shouldn’t want our chief defense group to behave in a way that advances antisemitic conspiracy theories about shadowy Jews trafficking in money and influence for fun and profit.

All of this leads to one sorry conclusion: It’s time to say goodbye to the ADL. It can’t be killed, so we need to just walk away from this formerly venerable organization, and weaken it before it swerves so far off the road that it takes us with it.

Greenblatt turned the ADL into a wholly owned subsidiary of the Democratic Party. The sooner it disappears, the better.

What better way to prove Ye and Kyrie right by :
de banking them, stopping all their business deals, destroy their representation in Hollywood and make them financially poorer-But then scream it’s anti semitic to notice the over sized power of such a small grownup of people. The Origin story of the ADL is also disgusting. Originally called the Jewish Defamation League because it’s not about democracy it’s about defending Jewish interests at any cost wether right or wrong. The ADL has acted like a hate group towards White Americans and has asked PayPal to police speech of its users and tells Merrick Garland of the DOJ who to declare a threat.

IS the ADL doing any good with what it’s supposed to be about, or even trying, really? No.

Is the ADL as currently constituted no longer useful. Why yes.

Just like there’s still great need for what The ACLU used to be. The American Social Justice League it has become is, well, a vehicle for exactly the sort of thing the original ACLU opposed.

I’m still stuck at the point where a guy who thinks Jews worship Satan and run the slave trade also thought the ADL was a great place to unload half a million dollars of his own money. Does he maybe live on Endor, with Ewoks, like Chewbacca?

As for the ADL, from my perspective as a Second Amendment advocate, it couldn’t dissolve fast enough.

In a supreme bit of irony, the linked article includes this infomation:

I have before me an article in which the Anti-Defamation League’s “Assistant Director of Civil Rights”, Steven Freeman, is attempting to take Republican Congressman — and dark horse Presidential Candidate — Ron Paul to task for receiving a small campaign contribution from an otherwise obscure individual who turns out to run a white supremist website… to how many self-proclaimed Marxists might some tiny minority of donations to the ADL be traced? It’s statistically inevitable that such a thing has happened, probably more than once. To my (admittedly incomplete) knowledge, they have never renounced such supporters or sent any money back. Does this make ADL a communist front group? I certainly don’t think so, but by ADL’s own standard, it does.

Both of these organizations only serve to attack and accuse white Americans of the very things they themselves engage in.