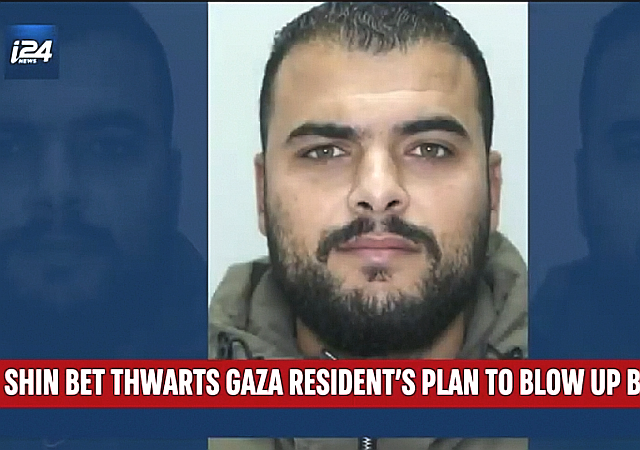 Following Wednesday’s twin bombings in Jerusalem that killed a 16-year-old school boy and injured at least 22, the Israeli security forces are hunting for the terrorists behind the coordinated attack.

Two powerful bombs went off at two separate bus stands in western Jerusalem during the rush hour. The bombs, described by the police as “high-quality, powerful explosive devices,” were placed inside bags packed with nails to cause maximum harm to the early morning commuters.

The Times of Israel reported the ongoing manhunt:

A senior officer said police were hunting for an organized terror cell that detonated two “high quality” explosive devices at two bus stops near entrances to Jerusalem on Wednesday morning, killing one and wounding more than 20 others.

Speaking to reporters, the head of the police operations division said the “two high-quality, powerful explosive devices with a high level of damage” were hidden behind the bus stop and in a bush. (…)

Due to the nature of the attack with two near-identical bombs exploding within half an hour of each other at two bus stops, Deputy Commissioner Sigal Bar Zvi said police suspected an organized cell was behind it, rather than just one person. “I believe we will capture the terror cell,” she said.

It is unclear if the suspect had any links to the bombings in Jerusalem. The Gazan, who had been granted a permit to work in Israel, was reportedly recruited by the Palestinian Islamic Jihad (PIJ) terror group, an ally of the Islamist outfit Hamas that controls Gaza.

“The agency arrested 31-year-old Fathi Ziad Zakot, a resident of Rafiah in the southern Gaza Strip, who the Palestinian Islamic Jihad terror group had recruited to plant a bomb on a bus in the south of the country,” The Jerusalem Post reported.

“According to [Shin Bet], Zakot underwent explosive training by terrorists in the Hamas-ruled enclave and had begun collecting explosive materials to assemble the bomb while he was in Israel,” the newspaper added.

The Hamas terrorist movement welcomed the attack on Wednesday, stating that Israel bears “full responsibility for the repercussions of the crimes of its army and the terror of its settlers against our Palestinian people, their land and their sanctities.”

The Palestinian Islamic Jihad terrorist movement called the attack a “natural response to the occupation.”

Hezbollah praised the terrorist attack on Wednesday afternoon, calling it a “true embodiment of the Palestinian people’s rejection of the continuation of the occupation.”

“The implementation of these two operations today confirms the resistance’s ability to penetrate the enemy’s strict security measures and precautions, and to deal painful blows to it in the place and time of its choice,” said the Hezbollah terrorist movement.

As we reported yesterday, Palestinian residents in the Israeli city of Hebron and the West Bank were seen distributing sweets to ‘celebrate’ the deadly blasts.

While the Palestinian terror groups rejoiced at the latest act of barbaric terrorism, an analysis in the Israeli news website Ynet News pointed the finger at another nefarious player — the Islamic State (ISIS):

The manner in which the attacks in Jerusalem were carried out is similar to Islamic State’s modus operandi – two explosive charges placed in highly populated public areas, with the second exploding some time after the first.

Explosives being placed in bags and operated remotely is a method favored by Islamic State members in Europe, and also in Israel. It could be that its members wanted to target areas where there’s a large religious and ultra-Orthodox Jewish population, pointing to a possible Islamist and religious motive.

ISIS has been linked to a series of deadly terrorist attacks in Israel that occurred earlier this year, coinciding with the Muslim fasting month of Ramadan.

The only good terrorist is a dead one

The European, Leftist dhimmis and American Dhimmicrats who’ve spent the last fifty years giving overt moral support and deference to, and, rationalizing Arab Muslim terrorist attacks, thuggery and genocidal aspirations against IsraelibJews, are vile, evil and appropriately characterized as wilful collaborators in these attacks, in my opinion.

I am probably missing something but the issues between Palestinians and Israelis seem more like perpetual war then a political disagreement. It seems to me the Israelis are fully justified in planting bombs in Gaza and elsewhere which hosts those responsible for planting bombs etc.

No, that would not be justified. If someone kills your grandmother you don’t get to retaliate by killing their grandmother. But Israel would absolutely be justified in bombing any location from which a missile has been fired, regardless of who else might be there. It would also be justified in arresting young terrorists’ parents, and — if evidence were found that they had encouraged their son to engage in terrorism — trying them as accomplices. Also the teachers in PA schools (and indeed in schools under Israeli rule) who encourage jihad. Above all, the response to any terrorist attack should be to annex a little more of the administered territories, with a law forbidding any government from ever giving that land away.

I don’t pay close enough attention. Is this an escalation, or just escalated reporting on the typical baseline violence. You know, like one must ask about Chicago.

This is definitely escalation although it’s true that a lot of the attacks that happen here are not reported in the states.

Who hopes to gain what by pushing on this harder right now? Create an impossible situation for incoming Israeli government comes to mind. Provoke a response, to justify a t-ed up action by Iranian / Russian / fundamentalist proxies? Create international ostracism, to further burden the eternal enemy — it’s a good time for it, internationally.

Those are just the ever present usual. Nothing leaps out as obviously the reason, right now.