Democrats are Watching Early Bellwether States for a Lifeline

Democrats are Watching Early Bellwether States for a Lifeline 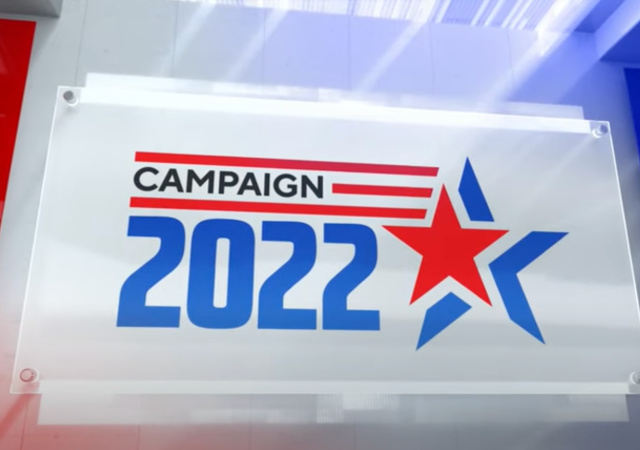 Democrats are looking at a few bellwether states where polls close early and will give them a good idea of how the nation will trend.

And with many vote tallies likely to stretch on for some time, Singer also identifies several bellwether races in states that close early & count quickly, including #VA02, #VA07, #IN01 and #OH01

Of course, things could still trend either way, but let’s see if the country follows the trend of these states.

At 7 pm EST, Virginia polls will close, and Democrats are hoping VA-02 and VA-07 don’t flip.

Virginia’s 2nd district is currently Democrat Elaine Luria. Biden won this seat, and Luria has focused on the “it’s about our democracy” argument. The Republican candidate is VA State Senator Jen Kiggins.

Rep. Abigail Spanberger is currently in the 7th district of Virginia. The seat was won by Biden and is a safe blue seat. However, this is a seat that the GOP was targeting and could flip. Also, Rep. Liz Cheney recently endorsed her. Cheney is going all in on the war against Republicans. The Republican candidate is Yesli Vega, a military wife, mother, and law enforcement officer.

We’re on the verge of a historic moment Virginia. We’re about to elect the Commonwealth’s first Latina member of Congress!

Make it a priority to grab 10 friends and go out and vote for @yestoyesli tomorrow! #VA07 pic.twitter.com/JxIOD3pQu9

Indiana’s 1st district is another crucial seat for Democrats. Democrat Frank Mrvan is currently holding it and running against Jennifer-Ruth Green. The Democrats (and the media) have been fighting hard to keep this seat. Jennifer-Ruth Green accused Politico of improperly revealing details of her sexual assault to paint her as a “failed military officer.”

When you vote, don’t forget it was @repmrvan and his DCCC henchmen who obtained and leaked @jenruthgreen’s personnel files in a desperate effort to discredit her military service. Fire Frank Mrvan now! #IN01https://t.co/9QNOSWwwVd

Losing this seat that Biden won by 8 points would be a bad sign for democrats.

In Florida, democrats have an eye on the 27th district. The seat is a Latino district near Miami and is currently held by Republican Maria Elvira Salazar. Democrats would like to win the seat or at least see her struggling.

At 7:30 pm EST, Ohio closes, and Democrats have the 1st district on their list of races to follow. U.S. Congressman Steve Chabot currently holds the seat, but it was redistricted from a seat Trump won to a Biden-carried seat. Democrats are looking to see if Chabot struggles to keep his seat.

Greg Landsman lied to the people and was told by a judge to resign from office and never run again.
Landsman cannot be trusted in Congress.
Vote Chabot today. #OH01 pic.twitter.com/REb40ecQCx

Democrats don’t sit back and watch for a lifeline. That’s what Republicans do. Democrats are proactive. Their lifeline is ballot stuffing.

It is my most sincere hope that the Dems wind up with D+20 districts that they carefully sculpted to be safe harbors, instead blasted by Republican candidates and taken in a red wave. I want TV hosts facing the camera with stunned faces saying things like “Well, Pelosi won reelection. Barely.”

This—just in from Georgia. It is now being predicted that Stacey Abrams will never concede.

Elaine Luria is a whiny Karen with a great marketing team. I really can’t stand her. I wish I was in her district so I could learn from her Dem team how to vote twice against her.

I am in VA-08 and turnout this morning was pitiful.

Why not a whole key? I’m sure Hunter can get that…

Ah yes, a lid. Wasn’t that the stuff that Bill Clinton admitted that he puffed on but never inhaled?

When it comes to keys, you’re talking Biden’s lingo. Fifty keys is the smallest Hunter deals with—which is the going rate for one of his paintings. That’s why Joe said, “no more drilling”—which was directed to his son more than us—a reference to Hunter’s dental work that was needed after drugs ate the the enamel off his teeth.