The appellate court agreed sided with a lower court’s ruling from last year that the school district does not have the authority to establish its own mandate. 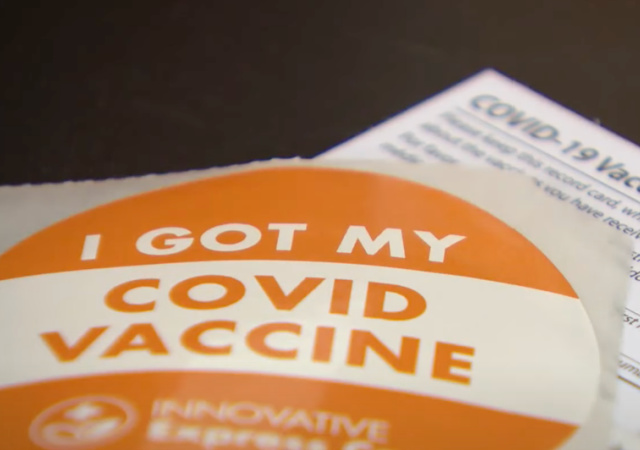 The 4th District Court of Appeal agreed Tuesday with a lower court’s ruling from December that school districts cannot impose their own vaccine requirements on students and that only the state can require a vaccine for school attendance.

“This is a great win for children and the rule of law and ensures consistency statewide,” said Lee Andelin, attorney for Let Them Choose, an offshoot of anti-mask-mandate group Let Them Breathe that sued San Diego Unified over its student COVID-19 vaccine mandate last year.

San Diego Unified is examining the appeals court ruling and “will consider its next steps,” district spokesperson Mike Murad said in an email.

The appeals court rejected San Diego Unified’s several defenses of its student vaccine mandate, including that the mandate is in line with the district’s responsibility to keep students safe and healthy, that school districts can create programs to “meet local needs” and that the district’s vaccine mandate is not actually a mandate because it allows students to do at-home independent study if they don’t want to get vaccinated.

On Tuesday, the appellate court agreed with a lower court’s ruling from last year that the school district does not have the authority to establish its own mandate.

The court rejected the district’s several defenses of its mandate, including that it is in line with the responsibility to keep students safe, that programs can be created to meet “local needs” and that the mandate is not actually a mandate because it allows for students to do at-home independent study should they choose not to comply.

“We doubt that students and their parents perceive a real choice. For some, independent study would likely be a step backwards,” it wrote.

…In May, the district decided to stay the mandate — which would have immediately required students ages 16 and up to get the shots in order to attend school in person and participate in extracurricular activities — until at least July 2023.

There were exemptions allowed for medical reasons, but not based on personal beliefs.

Meanwhile, evidence grows that vaccine mandates are senseless and useless.

For the first time since the beginning of the pandemic, a majority of Americans dying from the coronavirus were at least partially vaccinated, according to a new analysis of federal and state data.

The waning efficacy of COVID-19 vaccines and increasingly contagious strains of the virus being spread to elderly and immunocompromised people have resulted in more deaths among those who have taken at least one vaccine dose, a Washington Post analysis published Wednesday finds.

“Fifty-eight percent of coronavirus deaths in August were people who were vaccinated or boosted,” the Post reported.

The paper described a “troubling trend” as the share of deaths of people who were vaccinated has been “steadily rising” over the past year.

The more the evidence grows that vaccine mandates are senseless and useless, the more the Vaxxers buckle down on mandates. Makes sense to me.

Might make one think that they have motives other than health for it.

My experience with school districts was that they aspire to be tyrants.

They’re actually worse then senseless and useless- they’re dangerous. Anyone who doesn’t see that by now isn’t looking.

And by the numbers, Karl Denninger in today’s post shows just how useless the vaccine that isn’t is.
https://market-ticker.org/akcs-www?post=247488
A new preprint study from researchers at Harvard and Yale estimates that 94% of Americans have been infected with the virus that causes Covid-19 at least once, and 97% have been infected or vaccinated,

I suspect that number is at least somewhat wrong. After all, the Diamond Princess and the USS Theodore Roosevelt debacle showed that 20% or more of the people in an ideal virus spreading environment didn’t get it. And so far, my 67 year old unvaccinated self hasn’t contracted it. With multiple close exposures.

Ever wonder why natural immunity was quickly banned from the public square when talking about the experimental gene therapy’s efficacy or the difference between “died with” and “died of” or the actual numbers of Covid Deaths or……….

What gets me is that leftists supreme court justices in Washington state will say that education is a fundamental right to rationalized setting minimum budgets for schools (i.e. directing the legislature to spend, which violates separation of powers). But, when covid happens, they rationalize that kids do NOT have a right to education unless they comply with government mandates even unconstitutional mandates. They are a special kind of stupid in Washington state.