Three time loser, twice in Texas and a presidential run. 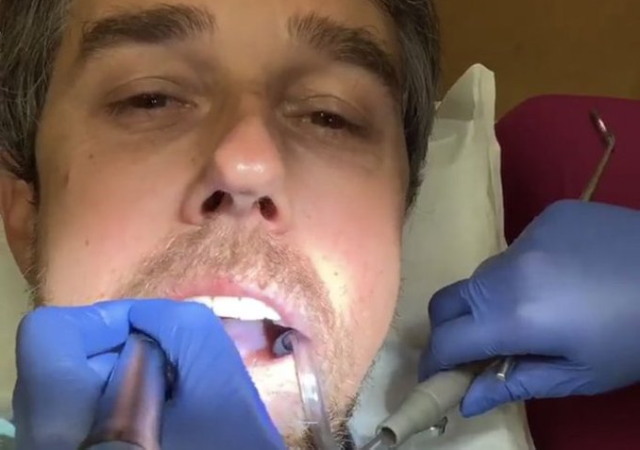 After his loss to Texas Governor Greg Abbott last night, Beto O’Rourke is now a three time loser. He lost a senate race in Texas, then a presidential run and now this.

So the next question should be obvious.

What political office will Beto run for and lose next? https://t.co/Ay67tvjj9v

Consider the money this guy has burned through.

Stacey Abrams will beat him with what she spent on two losses.

This meme is making the rounds on Twitter right now.

The third time was not the charm for Texas Democrat Beto O’Rourke on Tuesday as voters in the state got a front-row seat to see his latest attempt at higher office come crashing down.

O’Rourke, a former congressman, fell short in his race to unseat incumbent Republican Gov. Greg Abbott the Fox News Decision Desk projected, marking his third loss in four years after running for U.S. Senate in Texas in 2018 and president in 2020.

Although O’Rourke was highly touted by Democrats in each of his campaigns, he consistently failed to gain traction with voters following his 2018 run for Senate, and ultimately he became parody-worthy for “Saturday Night Live” over his perennial, lackluster runs for office.

The hype surrounding O’Rourke began during his failed 2018 Senate campaign, which saw him narrowly lose to Sen. Ted Cruz, R-Texas, in the deep-red state and continued when he decided to throw his hat into the crowded Democratic presidential primaries less than two years later. Some Democrats even hailed him as “the next Bobby Kennedy,” but a number of gaffes and awkward campaign moments led to him losing support and dropping out of the race months before any votes were even cast.

Is Beto finally going to have to get a real job?

Like the song says “don’t go away mad just go away”.

Having a rich wife makes not being competent at anything else so much easier. Or so I hear.

Though if you’re connected, you don’t have to be competent. Look at John Kerry.

The guy was never serious, and I never took him seriously. No wonder he lost to Governor Abbot by 11 points!

The guy was Peter Pan and Tony Hawke melted into one. Skateboarding by the Corpus Christi Sea Wall. Making stupid TikTok dances for abortion. Parading around colleges. Interrupting local and state officials, including the Governor, as they were talking about whether massacre in Uvalde. Obviously, this is what the Democrats think they can send to attract the “youth vote”, but especially single women.

But I’m grateful that adults prevailed here in TX. Sometimes, a good spanking like the one he got is well-deserved. Especially in Uvalde. Apparently, they didn’t like his opportunism, either.

Guys like that are NOT MEN. They are bereft of any sense of responsibility towards anyone or anything. They’re the “Men Without Chests” described by C.S. Lewis. These silly women “laugh at honor” by hatching their lady-parts wagon to him, only to later be “shocked to find traitors in their midst.” They are “castrate[d] and then [they] expect their geldings will be fruitful.”)

I’m shocked Texas has over 3.5 million people that voted for him.

This state has too many large, urban shitholes. Not only that, it was a blue state its entire history until W Bush came along. Not modern, leftist blue, but still. The Great Society bullshit came from a Texan. People don’t understand that the only thing keeping Texas red right now is its size. Austin, DFW, El Paso, Houston, SA can’t trump the suburban/rural population yet. How long that will last is anyone’s guess.

Beto is a Super Star Loser! He sucks up all the out of state donations ensuring they are completely wasted.

The Good News is that Beto will be running in 2024. In Pennsylvania.
And, Stacy Abrahms is going to run in Illinois.

Can’t wait for those states to turn red.

… And also, presumably, the dense mass of various government-dependancy classes.

Glad he won, but what does that trend mean? Then I thought about Perry’s three elections and they weren’t an improvement.

2026 is a long time away, no one has ever been governor of Texas for 4 terms, no clue who is waiting in line to run next. Neither the current Lt Gov or AG will be as popular as Abbott. I wouldn’t count out this stupid man child to give it another shot.

You know what’s going on. Californians, that’s who.

Yes, but a lot of people from elsewhere see Texas as a refuge. I wish the influx would stop because it’s so damn crowded.

But Perry was on downward trajectory 20 years ago with (R) votes, which Abbott reversed. If no one but leftists were coming into the state, that would not have happened. I think it’s also that people get sick of the same guy being in office. There are many reasons for this. It happens to me, too. I was sick of Perry more than I am of Abbott. I’d never vote (D), but not everyone is like me.

Perry didn’t govern as a conservative and decided to spend ten billion or more on windmills instead of on real power production and modernization. That led to the blackout last year. The reason Perry wins got fewer votes is because conservatives liked him less and less. He even wanted to mandate an STD shot for small children.

Colonel Travis points out Texas was Democrat for many years.

Texas was Democrat for a century. So was most of the south. Fallout over some nasty business around 1860-70.

TX is a red State by any definition. Top Statewide officers are held by r. Legislature controlled by r. Both US Senators are r. All that means the r control the redistricting and thus the HoR are very much majority r.

Paxton still won by 9.9% , a pretty strong showing by most standards. Likability aside.

Yeah but this is how he is portrayed in the media here:

“Embattled Attorney General Ken Paxton, who has faced securities fraud charges since 2015 and is under FBI investigation for abuse of office, has won reelection for a third term, according to Decision Desk HQ, defeating Democratic civil rights lawyer Rochelle Garza.”

Half the story is about what a shithead Paxton is, according to them
https://www.texastribune.org/2022/11/08/ken-paxton-rochelle-garza-attorney-general/

If he runs for governor that kind of attack will be on him 1,000x more than it is now. And yes, that will have an effect.

Perfect for the fake Mexican’t

I was going to say: Whataburger is always hiring.

It is quite faltering in that it does not display his idiot drooping mouth.

Ironic, since it is probably dead numb in that photo.

He was promoting the need for colonoscopies.

Beto is never going to have to get a real job. Like Fetterman, or any Kennedy, he doesn’t need one, so why should he?

If there is a state wide election in Texas Beto will run that office. I don’t think we have seen the last of this turd.

Democrats seem to have a thing for running the same losers over and over again, ala Beta, Crist, and Abrams, so who knows? Maybe he will run Senate or Gov., or even President again. But…if he makes a rational decision, he’ll find some safe blue congressional district, and go back to the House, or some Democrat city like Austin, where he can be Mayor.