VP Harris Jailing Almost 2,000 for Weed Comes Back to Haunt Her After She Praises New Marijuana Policy

VP Harris Jailing Almost 2,000 for Weed Comes Back to Haunt Her After She Praises New Marijuana Policy

Harris had no problem charging and jailing people for simple marijuana offenses when she served as San Francisco district attorney. 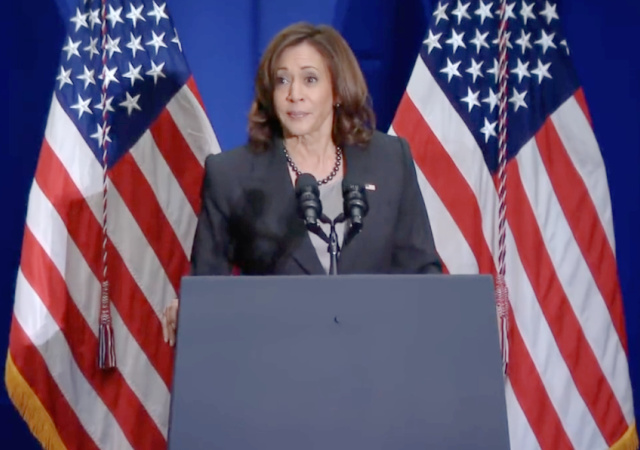 Key word: FEDERAL. I’ll get to that in a minute.

HARRIS: “And speaking of the system of justice, we are also changing — you all might have heard that this week — the federal government’s approach to marijuana. (Cheering and Applause) Because the bottom line there is: Nobody should have to go to jail for smoking weed.” (Applause)

.@VP Harris on simple possession of marijuana pardons: "Speaking of the system of justice, we are also changing […] the federal government's approach to marijuana, because the bottom line there is nobody should have to go to jail for smoking weed." https://t.co/4XdaGZJ0M8 pic.twitter.com/xMYU9ydpcM

I guess people can change, but I don’t trust a politician who changes his or her mind. Guess I could have stopped after politician.

But when Harris served as San Francisco district attorney, she had no problem arresting and jailing people for drug offenses, including marijuana.

GABBARD: I want to bring the conversation back to the broken criminal justice system that is disproportionately negatively impacting black and brown people all across this country today. Now Senator Harris says she’s proud of her record as a prosecutor and that she’ll be a prosecutor president.

But I’m deeply concerned about this record. There are too many examples to cite but she put over 1,500 people in jail for marijuana violations and then laughed about it when she was asked if she ever smoked marijuana.

She blocked evidence — she blocked evidence that would have freed an innocent man from death row until the courts forced her to do so. She kept people in prison beyond their sentences to use them as cheap labor for the state of California.

And she fought to keep …

GABBARD: Bail system in place that impacts poor people in the worst kind of way.

So those who Harris charged with state charges will not receive a pardon because Biden’s change only applies to federal charges.

Biden urged governors to follow his lead, though. Hopefully, they do.

Agreed, but she could have some degree of self-awareness and realize she should sit this one out. Otherwise she just sounds like an ignorant hypocrite. Oh, wait…..

OR apologised for her past actions…like an adult because Democrats kept telling us things would be better with adults in charge again.

“I guess people can change, but I don’t trust a politician who changes his or her mind. Guess I could have stopped after politician.”

Does anyone actually believe that Harris will ever change in any way positive?

If you want to plead that (valid) excuse, it requires you NOT to smoke it yourself.

How many Violent Offenders were allowed to plead down to non-violent charges?

While that’s true, any intelligent person would have just kept quiet. Stupid b*tch hit her head too many times on the underside of Willie Brown’s desk.

The best course here is Federalism. The Feds can still stop imports/smuggling and trafficking between States. The next Congress should push this issue back to the States and start dismantling the Federal Leviathan.

I agree but… dream on!

Yeah, Willie Brown just called and said he had some old photos.

Well, in the only defense of Harris I am most likely to ever put out there, it was the law on the books and she was the DA.

I dunno…Democrat DA’s seem to have an amazing ability today to ignore laws or charge only certain individuals based on political belief.

That they do but when one follows a law on the books then don’t criticize them. Change the law. The manner that she did it was unseemly with the cackling and all, though.