“UC San Diego officials were recently made aware of offensive and hurtful comments that a professor made in a chemistry class when video of the comments was posted to social media.” 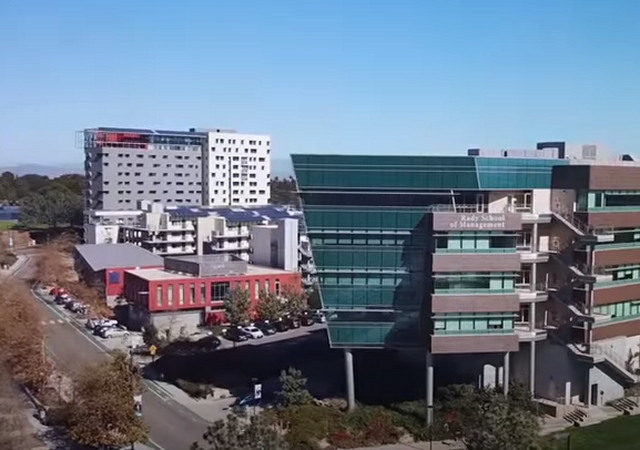 Administrators at UC-San Diego have gone into meltdown mode and are apologizing for supposedly racist remarks by a lecturer in a chemistry class.

After hearing some noise from the hallway, the lecturer apparently quoted the cartoon character ‘Speedy Gonzalez.’

The moment was recorded and shared on social media, where it blew up quickly with comments.

UC San Diego administrators have publicly apologized to students for the “disrespectful and racist remarks” that a lecturer recently made during an undergraduate class in chemistry.

The incident occurred last week and involved Robert Ternansky, a veteran lecturer who was bothered by noise that appeared to come from a hallway outside his classroom.

A roughly 60-second video of the class, which UCSD was recording for future use by students, shows Ternansky walking into the hallway and saying “Sí, sí señor. Ándale, ándale. Arriba, arriba.”

It was not clear to whom he was speaking.

Ternansky then turned to students and asked, “How do you say ‘quiet’ in Mexican?”` An unidentified student replied, giving an answer that can’t be clearly heard in the video.

Ternansky then said, “Caliente? Huh? Help me. All I knew how to say was ‘Ándale, ándale, arriba, arriba.’ I don’t think that was — to be quiet? That’s like hurry up? Did I insult them?”

The university has published this statement:

Statement Regarding Professor Who Made Offensive and Hurtful Comments

UC San Diego officials were recently made aware of offensive and hurtful comments that a professor made in a chemistry class when video of the comments was posted to social media. At that time, the professor was engaged about his comments, and it was made clear to him that they do not reflect our community values of inclusivity and respect. The professor has since apologized to the students and will be doing so to others involved.

As a reminder to our community, and as was shared with media outlets who inquired, UC San Diego is committed to the highest standards of civility and decency toward all. We are committed to promoting and supporting a community where all people can work and learn together in an atmosphere free of abusive or demeaning treatment.

Does this strike anyone as a bit of an overreaction?

Hurtful and offensive speech against Latinos, like random words in Spanish.

Shouldn’t that be considered offensive too?

Let them go after “alfonsolazo27” now.

Who was offended? I suspect it was the professional offense-takers.

I am reminded of an incident when they tried to cancel Speedy and found out that he was most popular among Latinos, paricularly Mexicans.

The Taco Bell chihuahua was a hit with most Mexicans. It was ugly, pasty-faced Karens of box sexes who objected. On behalf of Mexicans they judged too ignorant to know they were being offended.

I’d rather box sexes than the ones outside the boxes. 😉

So successful that Geico carried it on…. a casting call for a Geico commercial. The Taco Bell chihauhua is leaving and bumps into the Gecko …. “Oh no… A talking Gecko:.”

Lest we forget El Kabong! But at least he is safe as his voice is that of Bernando de Paula.

They are the racists, and grifters.

Find some of those old cartoons and play them for the college children. Boomers will enjoy them, quietly I guess. The kids can learn what their parents and g-parents grew up with.

Free of woke messaging. They weren’t so great but they were OK, which is more than I can say for most of the recent stuff.

My first thought at seeing this headline was, what the hell did Speedy Gonzales ever say that was quotable?
After reading the entire article, my nagging question is — which one of those leftist students was closet-racist enough to recognize that Spanish phrase as a Speedy Gonzales quote?

I always thought Speedy was a bully and a cad. (He did steal the other mice’s girlfriends.)

And I insist you read that first sentence in a Speedy Gonzalez voice, because I loved the cartoons.

A cad maybe but stealing a girlfriend would be the mark of PePe LePew if I remember right.

Now you are insulting French people.

Some people’s skins are so thin they’re inside-out.

Cry more, b*tches. I’m so sick of these retards.

Guess they should re-open the safe room with stuffed animals, crayons and cartoons, so long as Speedy is canceled.

Morons. Oversensitive hyper-complaining morons. Listen to the self-appointed King of the Mexicans, Gabriel Iglesias, talk about his role voicing the famous cartoon mouse in the new Space Jam movie.

We are committed to promoting and supporting a community where all people can work and learn together in an atmosphere free of abusive or demeaning treatment.

No, they welcome idiots of all shapes and colors to scream in the hallways any time they like and for those in the classrooms trying to learn to just SHUT THE F*CK UP AND TAKE IT!!!! Because UC-SD is that inclusive and respectful and wonderful and holier-than-thou – so much holier-than-thou that it would make your unholy head spin, scumbag.

The root problem is that they allowed people between 85 and 70 to attend, they are subnormal, but not in the less than 70IQ range.

Well, he was wearing a mask, so maybe his blood oxygen level was a bit low.

Can I quote Archie Bunker and call them meatheads?

Where is Foghorn Leghorn when you need him?

Nothing will fix these kids short of Marvin the Martian.

University students lacking the maturity to exist in society should be sent home from school and directed to engage in psychotherapy, They should also be instructed that they will not be permitted to return to school until they have a written confirmation from medical professionals clearly stating that they have made significant progress on their arrested development.

Wrong. Psychotherapy will only make them worse, since its practitioners are known to be higher than average on the weirdness scale.

Loony Tunes is a boomer thing, you wouldn’t understand it.

What about the uncivil, indecent behavior of the jerks in the hall?

John Lithgow’s character in “Footloose”, that’s who Liberals ALL are now.

Not only do they have no sense of humor at all, they insist that no one else ever be allowed to have any fun either.

Perennial, contrived and fallacious grievance melded with Maoist stupidity and antics — this is what the vile Dumb-o-crats have wrought among today’s youth.

I’ll say things like that if it annoys the kiddies. People tend to tease other people when they find something that gets a reaction. Youngsters need to learn how to deal with teasing.

Sorry but this guy is an idiot. He teaches in the UC system and he’s that out of touch with academic survival skills in that environment??

As we all were taught as children, Speedy was “the fastest mouse in Me hi co”.