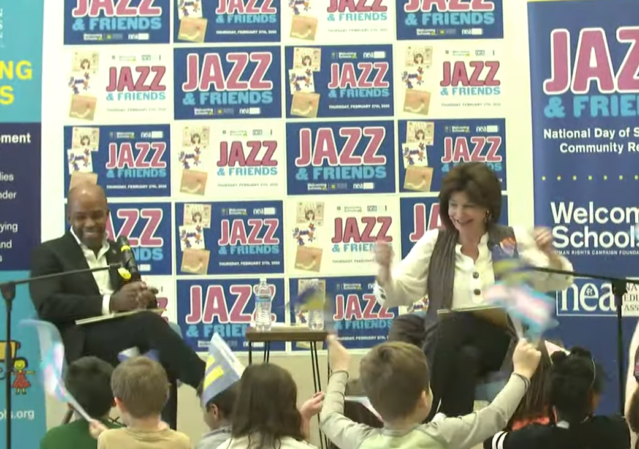 As the effects of transitioning as a child are becoming better known, some countries are stepping back from the rush to “affirm” children’s purported transgenderism with life-altering medical intervention.

Here’s the new British position on medical transition for minors, which is a step in the right direction. I hope the U.S. follows suit:

The United Kingdom’s National Health Service now says that most children claiming to be transgender may be going through a “transient phase.”

The NHS plans to begin restricting gender-affirming treatment of minors who claim to be transgender, according to a report in The Telegraph.

Restrictions will be placed on puberty blockers, and medical doctors — not therapists — will be expected to lead the provision of transgender services.

I’m not sure why doctors taking the lead would matter. Both therapists and doctors have become predominantly supportive of children’s medical transition these days, as far as I can tell. Or at least it has become very easy to find such doctors and such therapists.

As far as social – not medical – transition goes, there’s this:

The provided NHS plans go on to state that social transitioning — the changing of one’s name and appearance to be in line with self-perception — should only be considered when the young person is experiencing “clinically significant distress.”

Additionally, the child must be able “to fully comprehend the implications of affirming a social transition.”

But no child is able to “fully comprehend” such a thing. I don’t think most children even partly comprehend it. For that matter, do adults? But adults are responsible for their own decisions and can give consent. Children are not and cannot.

Also, virtually all of these children are experiencing “clinically significant distress.” That distress is interpreted by the child as a need for transition. But it often masks distress emanating from other things such as fear of puberty, social contagion, abuse, loneliness, placement on the autism spectrum, family dysfunction, and generalized depression and/or anxiety. It used to be the job of therapists to sort this out, but that has been discouraged and self-diagnosis by children has been encouraged in recent years, and doctors and therapists have been instructed to affirm that self-diagnosis by the child.

Perhaps this new directive will begin to change that, and replace automatic affirmation with wise counsel. One can hope.

Now, without the sarcasm: the people urging this and ESPECIALLY the doctors doing the hacking: they should be charged with a capital crime.

It can no longer be doubted that the culture-war Left is a death cult.

“I’m not sure why doctors taking the lead would matter. Both therapists and doctors have become predominantly supportive of children’s medical transition these days, as far as I can tell.”

Doctors have been transformed into wage slaves, people whose careers with highly corporate medical outlets depend on filling out government forms precisely so that they may be paid by insurance, much of which insurance is now run by the government. The day of the independent medico who could look at horseshit and declare “this is horseshit” are pretty much gone. Clinics are now more or less extremely expensive Burger Kings (have it your way).

No child can consent to any of this crap and the adults behind them allowing it? They should not be shielded from the legal repercussions of their decisions either.