SpaceX No Longer Asking that Pentagon Fund Starlink for Ukraine

SpaceX No Longer Asking that Pentagon Fund Starlink for Ukraine 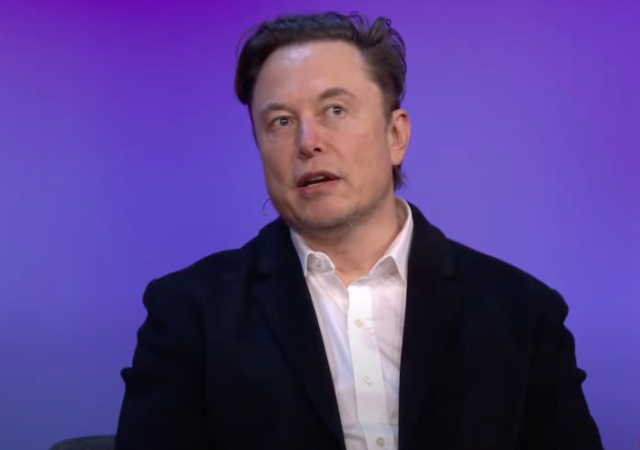 A few days ago, I noted that SpaceX CEO Elon Musk indicated that his company was officially asking the US Department of Defense to fund the Starlink satellite system donated to Ukraine. The system has helped keep critical internet communications open as the nation battles with Russia.

Elon Musk said SpaceX will continue funding its Starlink internet service in Ukraine on Saturday (Oct. 15), backtracking from the company’s push to ask the Pentagon to foot the bill.

The SpaceX CEO and billionaire wrote on Twitter that his spaceflight company will continue to provide Starlink internet service at no cost to Ukraine, which is currently fighting off a Russian invasion, after saying earlier this month that the effort has cost SpaceX $80 million (opens in new tab) to date.

“To hell with it … even though Starlink is still losing money & other companies are getting billions of taxpayer $, we’ll just keep funding Ukraine govt for free,” Musk wrote (opens in new tab) on Twitter Saturday.

The hell with it … even though Starlink is still losing money & other companies are getting billions of taxpayer $, we’ll just keep funding Ukraine govt for free

The funding request had been for over $120 million.

Two sources briefed on the discussions between SpaceX and the Pentagon told CNN that as of Friday, before Musk’s apparent about face, the Pentagon had in fact agreed to the request from SpaceX to pay for ongoing service for Ukraine’s government and the new request from Ukraine’s commanding general.

That funding request was for $124 million for the remainder of 2022. It’s unclear what the final amount or terms agreed to were.

The SpaceX letter to the Pentagon on September 8 said the company had paid for around 70% of the internet service of Ukraine’s terminals – which is valued at as much as $4,500 per month – but had fully funded only around 15% of the 20,000 terminals. The rest was paid for by governments like the US, UK and Poland as well as private initiatives.

On Monday, before Musk tweeted, a senior defense official told reporters the Pentagon had not paid SpaceX anything for Starlink in Ukraine “at this time.”

Despite the reversal, the long-term future of Starlink in Ukraine is not quite settled.

Two days ago, Musk said “the hell with it […] we’ll just keep funding Ukraine govt for free,” but as TechCrunch’s Devin Coldewey noted, this is by no means a long-term solution.

But whether the Pentagon — which has sent billions to support the war effort in Ukraine, funds that have gone to everything from ammunition to armored vehicles — will persist in picking up the tab now that SpaceX is no longer seeking financing is unclear.

Meanwhile, Musk is going to give those who want Ukraine to have free Starlink to put their money where their mouth is:

SpaceX could get some funding help soon, from a variety of sources. On Sunday (Oct. 16), Ham Serunjogi, the co-founder and CEO of the cross-border payment app Chipper Cash, tweeted(opens in new tab) that he’d be keen to donate money to help provide Starlink service to schools and hospitals in Uganda.

Musk found out that his name was added to a kill list maintained by Ukrainian Nazis. So, he decided to go ahead and spend the money.

He should have cut them off cold, it sounds like Ukrainians are ungrateful ingrates.

I am somewhat surprised Musk changed his mind and is continuing to spend his money on them.

If I found people that ungrateful to a deed as large as what Musk is spending on them I would cut them off.

Remember gratitude is a virtue, and we all should be grateful for him changing his mind and going through with the twitter purchase. He does not have to spend his money on charity cases like us or Ukraine; he has zero obligation to and he isn’t getting anything out of it.

. . . and we all should be grateful for him changing his mind and going through with the twitter purchase.

Snicker, you still think that Musk is going to be buying Twitter. Well, he hasn’t yet and there’s very little probability that he will do so in the future. Musk just said he would so that he could get the lawsuit (which he was going to lose) put on hold and/or dismissed outright before the court ordered him to put his money where his mouth is and buy Twitter at the original offer price. So at this point I’m eagerly awaiting Musk’s next list of excuses why he isn’t going to go through with any Twitter purchase.

Looks like Elon has discovered the relationship between charity and entitlement. Take heart — this can only redpill him further.

Musk recognizes that they who contribute want to control.

You know what would be a neat plot twist? Fund it ENTIRELY from the “Donate” button. When the funds run out mid-month, the service goes off.
Explain that this is the American people speaking directly through the miracle of pure
🇺🇸🤡🎆🗽🪂🔔DEMOCRACY!!!🔔🪂🗽🎆🤡 🇺🇸… and that this is as much as they consider Ukraine worth supporting.

While they’re reeling from that, he should announce that the new Twitter TOS will contain a clause whereby anybody with a Ukraine flag in their profile agrees to donate $200/month to the maintenance of their satellite service. Watch the edit button melt down.

There are literally shitloads of fun lessons to be taught here.

If someone doesn’t think Brandon’s Administration had something to do with the about face you are dreaming. Wonder what the behind the scenes deal was?
Personally, I’d tell Ukraine to pound sand after what that idiot Ambassador said. The US should not be pouring any taxpayer money into a European problem.