The Michigan child foster care system is a mess. This is not the answer. 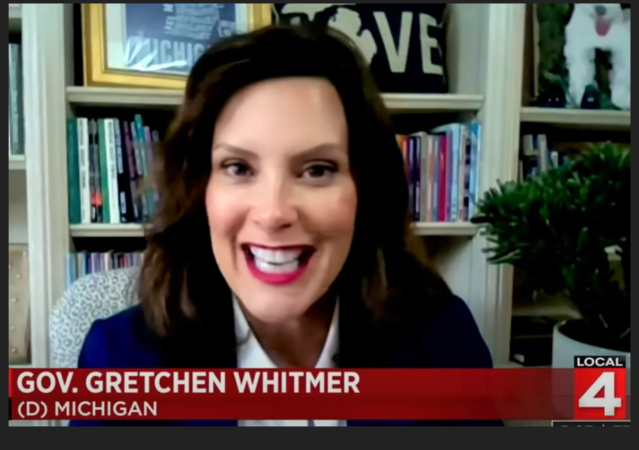 The purpose of this Contract is to obtain the services of a consultant to provide support for Sexual Orientation, Gender Identity and Expression (SOGIE) concerns. The consultant must be culturally competent and well versed in outcomes, services provided and how to increase satisfaction with client interaction and resources within child welfare of people who are marginalized. The consultant will assist with awareness, education, and opportunities within BSC 5 as an additional support for the DEI Unit. The goal of this Contract is to create increased sensitivity on issues relating to the Lesbian, Gay, Bisexual, Transgender, Queer, Intersex, and Asexual (LGBTQIA+) population within Children’s services.

The candidate must show the state “their cultural competence and experience working with people who are marginalized, including individuals within the LGBTQIA+ population, and who obtain services from the child welfare system.”

I wonder if Whitmer is taking any other action to fix a system a judge described as “just devastating” in January. Judge Nancy Edmunds said the state has “slipped backwards” with the efforts to change the foster care system.

I reached out to Whitmer’s office and asked for clarification and comment. I will update if I receive a response.

It doesn’t sound like the problems have anything to do with sexual identity. It sounds like the state has no oversight and doesn’t care about the children once they’re placed in a home. From The Detroit News:

They reported an instance in which multiple staff members of a child-caring institution were aware of a staff member’s inappropriate relationship with a 16-year-old resident but failed to intervene or report the behavior. The teen eventually reported the abuse, which launched an investigation. The staff members who failed to report the abuse did not face consequences, the monitors said.

Of those 32 cases that were not thoroughly reviewed, the monitors determined 19 should have resulted in licensing violations.

Ryan and Crummy highlighted a case involving an 11-year-old girl with asthma who was repeatedly restrained at a group home. A “spit bag” was placed over her head during two or three events that caseworkers investigated. While caseworkers found the restraints were unnecessary or inappropriate, they did not consider the behavior to be considered maltreatment. The monitors disagreed.

Restraints became a priority after 16-year-old Cornelius Fredericks died in 2020 after staff members at a Kalamazoo youth home tackled and restrained him.

In one case, two foster children were found wandering around a hotel unsupervised after the children’s caregiver asked an unnamed “male friend” to watch them. In another, a foster parent allowed a 12-year-old to supervise seven younger children—including a blind and autistic 10-year-old and a 2-year-old—while the foster parent left home to run an errand. The two-year-old twice left the house “dirty and without pants,” and police later described “deplorable conditions” at the foster home, such as “spoiled food and garbage strewn throughout, rabbit feces outside a rabbit cage, and child access to alcohol and pet food.” In both cases, the report states, Whitmer’s Children’s Services Agency did not find evidence to substantiate claims of “improper supervision.”

I realize the system contains LGBT children. But I hope Whitmer and the state have other plans to tackle most of the problems. I’m not optimistic since her administration didn’t seem to take seriously the issues found in the January report.

This bodes particularly ill for Michigan in light of the proposed constitutional amendment that provides dangerously overbroad fundamental reproductive rights for all “individuals.” Michigan could even legalize infanticide under this monstrosity.

So I take it, whoever down voted me is in favor of infanticide? If they disagree with my comments on the Michigan amendment I suggest they read its definition of fetal viability. Any prematurely born infant requiring neonatal care could arguably not be “viable.”

Has anyone seen Whitmer and that “arbiter of truth,” disinformation czar Nina Jankowicz in the same room?

One too many clones. let’s hope there are no more out there

Evil is real. They really go after the kids. This is why politicians try to claim religion has no part in politics.

Whitmer ran for governor four years ago campaigning on “Fix the damn roads”. The roads today are about the same as when she became governor. Now she is going to fix child foster care, which was in better shape four years ago than it is today.

Looks like she wants to “Fix” foster kids the way you “Fix” pets.

Is she on the ballot this year?

Put a bunch of pedo groomers on the government payroll and let them run rampant through the most at-risk group of kids you could find anywhere?

When will this madness end?

at the 7th trumpet

Off topic, but: ye gods, that lady has a lotta crazy in her eyes.

She’s F’ing nuts. And so are the people that vote for her. They deserve her. Too bad the decent people have to live with them.

So she is looking for a SOGIE consultant. I don’t imagine there are many long established firms in that specialty. Would an expert player of soggy biscuit qualify?

The lipstick is a giveaway. “Yeah, that looks good.”

Following the footsteps of the Germans.

Hey! They were just following The Science!™

This is par for the course with CPS entities. Spend a lot of time and money on high profile advocacy, screw the malignancy in the system that truly matters.

“The purpose of this Contract is to obtain the services of a consultant to provide support for Sexual Orientation, Gender Identity and Expression (SOGIE) concerns. …’

Jeebus H Obfuscation on a Billboard.

The problem is if you say what you’re trying to do, patronage assignments get harder, you might get called on non-performance, and you lose the issue. Obscurity feeds bureaucratic kudzu like nitrogen feeds your garden. Worse if they see what you’re focused on, somebody might think some other thing is more important just now.

Clearly, the “caregivers” in examples above need to be prosecuted for abuse, assault, and possibly murder.

is she a tranny like Big Mike? she looks it