“because of his supporters’ ability to use memes and the Internet” 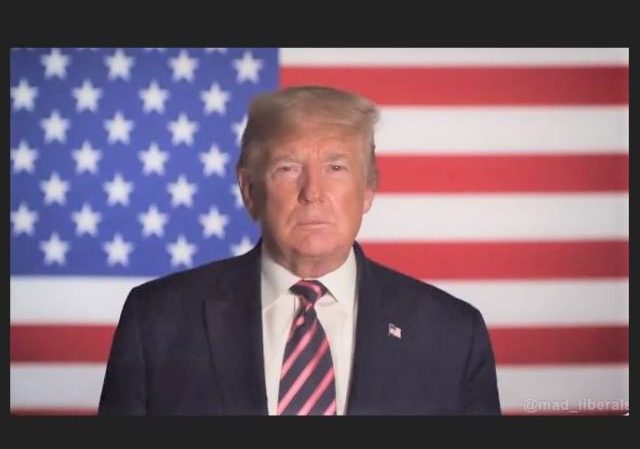 If you want to see the best of Trump Derangement Syndrome, nothing delivers like higher education.

President Donald Trump continues to live rent-free in the heads of academia, as evidenced by a recent panel hosted at Harvard University about the president who has not been in office in one and a half years. The panel focused on his election victory six years ago.

Trump won the presidency because of his supporters’ ability to use memes and the Internet, a panel of Harvard researchers and professors said.

Most of the panel is from the campus Shorenstein Center, which is currently being sued for false claims about the election and recently hired former CNN host Brian Stelter as a fellow, so take its commentary for what it’s worth.

“Would the January 6th insurrection have happened if not driven by online mobilization tactics like memes and viral content to spread disinformation, promote extremist ideology, and prompt real-world action?” the panel asked.

“Many of the meme lords who really went to work in 2015, they had [sic] they were riding off the wave of their success of Gamergate,” Emily Dreyfuss, a director at the Shorenstein Center, said during the Monday panel.

She recently wrote a book with two of the other panelists called “Meme Wars: The Untold Story of the Online Battles Upending Democracy in America.”

Trump was “ the perfect archetype of a meme leader,” Dreyfuss said.

Political operatives like Steve Bannon and Roger Stone “understood that he would be catnip to these alternative media systems and to these folks who wanted something different,” she said.

“So they played them,” Dreyfuss said.

Another researcher and co-author on the meme wars book, blamed conservatives for Hillary Clinton’s inability to connect with voters, not her thousands of character flaws.

You have to be kidding me! Memes and use of the internet are staples of the younger demographics who overwhelmingly vote Dem (because they aren’t smart enough to look beyond such superficial distractions).

The left is admitting that they could not compete with “Make America Great Again.”

That speaks volumes. It just indicates that their message is the complete opposite.

It couldn’t be that Hillary had no appeal to bitter clingers and the basket of deplorables.

Typical. Policies have no meaning. Effects on a people or a nation are meaningless. All that matters is how you feel.

“Trump Won in 2016 Because of Memes”
And lost in 2022 because of lies — Democrat lies.
Memes are recent. Lies go back all the way to the Garden.

The Harvard panel has once again proven that Liberal can’t meme. Since they can’t meme, they blame all their problems on people who can.

They did once upon a time.
I remember posting a woodcut of John Brown’s hanging.
Then suddenly they didn’t.

Tump won in 2016 because he was definitively not part of the establishment. He pissed off both the DNC and the GOP.

Also, because the Dems underestimated the toxicity that is HRC.

You mean you lost the election because of Truth. You people cannot cope with reality.

I’d hate to think what their opinion is of the ‘memes’ that were floating around in the 1770’s.

Don’t worry: Hahvahd will keep churning out new little programmed proggies to lead us out of the desert of American exceptionalism and towards the garden of socialist shared misery.