“The 25-year-old victim … was living in Israel for the past two years as an asylum-seeker after authorities acknowledged his life would be in danger in Palestinian territory.” 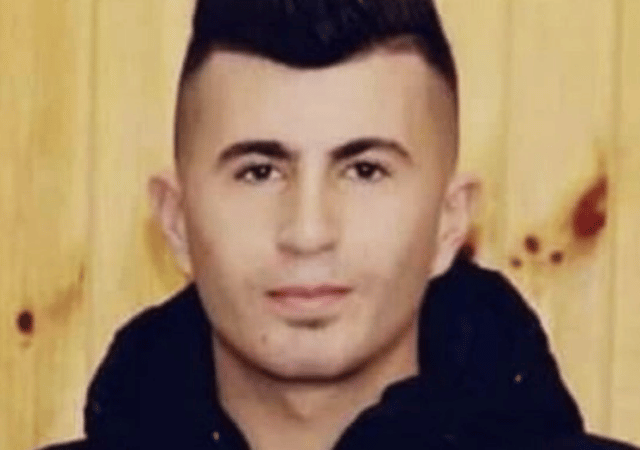 A gay Palestinian man, who living in Israel under asylum, was kidnapped and beheaded in the Palestinian Authorities-controlled West Bank. “The severed head and decapitated torso of a 25-year-old Palestinian were discovered on the side of a road” in the West Bank city of Hebron, the Associated Press reported.

Israel-based “LGBTQ organizations and emergency shelters helping gay asylum seekers said they knew he was gay and desperate to escape the Palestinian territories, where he was a target,” the new agency added.

Media reports indicate that the Palestinian man was killed for being gay. Those close to the victim “are certain he was killed due to his sexuality,” the Jerusalem Post noted.

The Israeli TV channel i24News reported the details of the gruesome murder:

A gay Palestinian man living in Israel under asylum was murdered and beheaded on Wednesday in the West Bank city of Hebron.

The 25-year-old victim, identified as Ahmad Abu Murkhiyeh, was living in Israel for the past two years as an asylum-seeker after authorities acknowledged his life would be in danger in Palestinian territory, according to Hebrew media.

An unnamed suspect was arrested by the West Bank’s Palestinian Authority (PA) police near the scene of the crime soon after it was committed. The suspect recorded the act in a video that he uploaded to social media.

Rita Petrenko, founder of Al-Bayt Al-Mukhtalif, an NGO for the empowerment of the Arab LGBTQ+ community, said she helped arrange Abu Murkhiyeh’s asylum papers in preparation for his eventual resettlement in Canada.

To the best of her knowledge, Petrenko said Abu Murkhiyeh had not returned to the West Bank since his asylum out of fear of what his estranged family and other community members might do to him.

It was not immediately clear how or why he ended up in Hebron, and the PA is currently interrogating the suspect to determine his guilt and motive.

Lu’ay Arziqat, a PA police spokesman, called the beheading a “new kind of crime in Palestine” and urged people to refrain from sharing the video on social media.

According to a Pew poll on “Global Acceptance of Homosexuality” held in 2013, Palestinian Territories ranked among the bottom 10, with 96 percent of the population rejecting homosexuality. A 2019 survey on public attitudes across the Arab world found that “Palestinians harbored the most intolerance toward gay relations,” the Jerusalem Post noted.

Seeking refuge in the Israel is often the only path to escape death and persecution. Homosexuality is illegal in the Palestinian Territories.

Israel grants asylum status and work permits to homosexuals fleeing Palestinian-controlled territories. “About 90 Palestinians who identify as members of the LGBT community currently live as asylum-seekers in Israel. They suffered discrimination, and, in extreme cases, violence in their communities before fleeing. Until this past July, the law allowed them to reside in Israel but not to work,” The Times of Israel reported.

Self-proclaimed defenders of “LGBTQIA+ community” were silent over Friday’s gruesome West Bank killing. Perpetually triggered by imagined iniquities of the West, they could hardly be bothered to notice the murderous war being against gays and women in the Sharia-governed Muslim states — with Islamic Republic of Iran currently leading the pack with its deadly crackdown of women’s protest.

Noting the shameful silence from otherwise vocal leftist and progressive agitators in the U.S. and the West, Israeli commentator David Lange wrote in his blog Israellycool on Friday:

Now let’s look at those who have not mentioned, let alone condemned, his brutal murder:

Of course, it is clear that these hypocrites won’t condemn his murder because not only are the Jews not responsible for it, but it also shows just what to expect if the Palestinian Arabs ever got their wish for a state to supplant Israel – something these so-called “progressives” wholeheartedly support.

odd that progressives support the PLO

If you’re a gay person living in America and you vote democrat, this is what you’re voting for.

And call Israel an “apartheid” state that oppresses minorities.

Transgender spectrum disorder is trendy at the fringe. #HateLovesAbortion

Retalation is in order, not because he was gay, but because he was murdered and becasue people calling themselves Palestians deserve an attitude adjustment, one fuel air bomb whoud send a message that they might understand.

I understand your feelings, but you are advocating the leftist/communist playbook. “If we eliminate our enemies, our problems will be solved”. This is un-Godly, and has never resulted in good in the history of the world.

Against who? If police knew who was responsible for the abduction they would have prevented it. This is a horrifical crime. I would bet anything however despite this rare example it is safer being an Arab who was granted asylum in Israel than living in down town New Orleans or Chicago or Detroit.

I’m sure the vile Dhimmi-crats will find a way to blame Israeli Jews for this poor man’s murder. And, they’ll remain fecklessly and predictably silent regarding the harsh treatment of homosexuals by adherents of the ideology of “Submission” — as per usual.

Name one Democrat who has spoken out to claim Jews are responsible for this murder then.

Everyone here including me routinely attacks Democrats for things they actually are doing; most of us avoid imaginary crimes because those destroy your credibility.

It also destroys your credibility to use a term that means what is wrong with Democrats is they are Muslim. Name one Democrat policy Saudi Arabia or Tunisia or Albania would stand for.

They are not blaming Jews here. They blame Jews whenever there is the opportunity, which is not here. The problem is that no one speaks out about the Arabs. Just read the posted article. Read it slowly. Get a sense of the double standards in play.

Leftists must be so proud….

This is the religion of live at work

It’s the religion of peace again.

Hypocrisy is the disease most prevalent in the Democratic Party.

I sense a great non-disturbance in the work-farce.