Larry O’Connor: “The only take away I get from this is Eric Swalwell has an incredibly insulting, despicable, hateful view of law enforcement.” 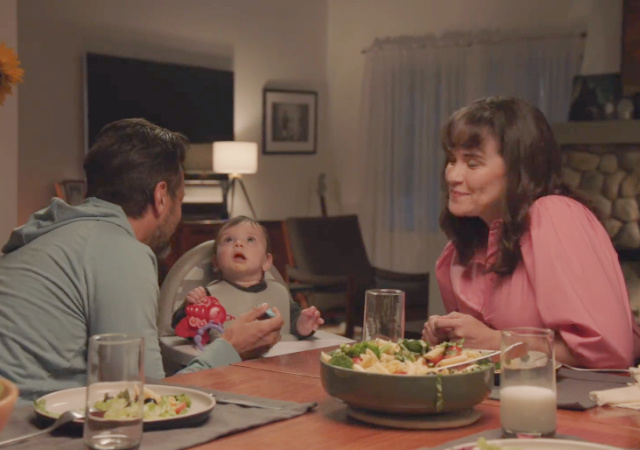 Rep. Eric Swalwell, one of the worst in the government and got cozy with Chinese spies, claimed “MAGA” Republicans want to arrest women for having an abortion.

MAGA Republicans want women arrested for having an abortion. This is what that looks like. #LockHerUp pic.twitter.com/YUD0swW8DE

No law across America would lead to the arrest of a woman who has an abortion. None. Not one. The laws go after the abortion provider.

You all are going to kill someone eventually.https://t.co/xaTxfaij1r

The left wants to portray the pro-life side as uncaring. We care about the women who have abortions. Most of them are pushed into having one, often alone and scared.

When you watch the March for Life, you see marchers embrace and love women who had abortions and former abortion doctors.

The only take away I get from this is Eric Swalwell has an incredibly insulting, despicable, hateful view of law enforcement.

Also, Eric Swalwell is a garbage human being, but we already knew that. https://t.co/EMkdJP7cQ6

Seen YouTube ads from Fetterman that Dr Oz wants to take away abortion in P
This if pure fear mongering and its all the Leftists have to run on.
No decriminalization of criminals, economy tanking, inflation going the the roof, energy prices out of reach

Never mind that Oz is running for U.S. Senate and Pennsylvania laws are made by state legislators…

And abortion is now a state issue, not national.

It’s all they have.

I wonder, did Fang Fang help him write this?

LOL! I also thought he was confusing the Republicans with his true paymasters, the ChiComs.

But Swalwell is really good at farting and dating ChiCom spies. Gotta give him that.

Unfortunately, human rites performed for social, redistributive, clinical, and fair weather causes will a remain a sustainable anachronism of Progressive, nominally secular sects for the foreseeable future as a wicked solution to a hard problem: keep women and girls affordable, available, and taxable, and the “burdens” of evidence aborted, cannibalized, sequestered. And, if it’s any relief to them, demos-cracy dies in darkness, under a veil of privacy, if you can get away with it. So, there’s that.

In the meantime, democracy is restored to the several States, in the best case, six weeks to baby meets granny in legal state, if not in process, and, in the worst case, thereafter through self-identification. #HateLovesAbortion

All the Democrat adds in Michigan are about abortion.

Michigan is my chosen test market for our new line of suicide booths.

If they take the House, the first thing the Republicans need to do is to give Swalwell and Schiff the Marjorie Taylor Greene treatment. It’s time to stop turning the other cheek and to get into full-scale eye-for-an-eye payback.

I couldn’t agree more. Get that treasonous, spy-humping SOB out of all committees.

Agreed. Take your oath, then do the Biden thing: come in with all the legislation already written, and put it in process.

At least, unlike the America destroying Biden EOs, you will be going through the process.

Better yet: replace them MTG.

Concentration camp survivor (background in B&W photos) having dinner safe in America until SWAT burst in guns waving screaming for everybody to drop and hit the floor then dragging everybody off for being pro-life.

No law across America would lead to the arrest of a woman who has an abortion. None. Not one. The laws go after the abortion provider.

The current ones, yes. But there’s no reason, apart from politics, why it has to be that way. In ordinary murder-for-hire cases we go after both the hit man and the person who hired him

We care about the women who have abortions. Most of them are pushed into having one, often alone and scared.

This is definitely not true of all, and I very much doubt that it’s true of most. There are many women who use abortion as their primary method of contraception, and many more who use it as their backup method, without the slightest qualm. I would have to be shown evidence before accepting that these are in the minority.

When you watch the March for Life, you see marchers embrace and love women who had abortions and former abortion doctors.

This proves too much; despite what these marchers do, the laws do go after the doctors, and they support such laws. Why wouldn’t they also support laws that go after the mothers too?

In any case, the marchers are not the ones writing the laws. I see no reason other than politics why a law that treats abortion as the murder that it is should not criminalize solicitation. Politics is a good reason, for now; if we grab for everything we want at once, we won’t get anything. But it won’t be like that forever.

“This is definitely not true of all, and I very much doubt that it’s true of most. There are many women who use abortion as their primary method of contraception, and many more who use it as their backup method, without the slightest qualm. I would have to be shown evidence before accepting that these are in the minority.”

Most heartily agree. I have seen figures that show around 70% of abortions were for convenience, and somewhere north of 20% were for economic reasons.

The rest are incest, rape and the life of the mother, and the latter almost never occurs.

They always through in incest for an extra squicky term to go along with rape. If the incest is voluntary on the part of an adult woman I don’t care. Yes it is squicky but it is not an additional reason to allow an abortion. If the incest is a violation of the woman either violent rape or statutory rape then it is rape and need not be split out from the rape of unrelated women.

More Democrat projection. Somehow they can’t quite see that they themselves are actually the angry, hate-filled extremists in this scene.

To really understand the absurdity of the Democrat message, compare the MAGA platform against the Dem platform. Throw out the official RNC single plank (“we are not Democrats”) platform. The Dems have replaced their single plank “Orange Man Bad!” with “Abortion is the cure for everything!”.

That’s what happens when no one is allowed to to deviate from the official one-plank script. Everyone says the same thing at the same time word-for-word. Forget the message (which is despicable enough), it’s the creepiness of the evil chorus. These people are evil robots.

Well, actually he has a remarkably accurate view of the American LEO who follows unconstitutional orders to arrest prolifers while letting BurnLootMurder skate or shoots Ashley Babbitt in the back of the head,, or arrests people who shoot thugs in self defense..
instead of the thugs.

Now do the same skit with misgendering, or mean tweets.

We know who the real fascists are, and they’re already here, and they’ve been in charge for 2 years.

What’s wrong with arresting women for murdering their babies? You so-called conservatives are just tardy liberals. You are still inexorably turning leftward, but just a generation or two behind.

Well, the women are not murdering their babies. They’re hiring someone else to do that. We’re all in favor of punishing the hit men. Right now, at least, any proposal to punish the women hiring them will simply mean the whole thing will crash and burn, and abortion will remain legal. That’s why nobody is proposing such a thing. The main thing is to stop abortion, and for that we have to accept that we can only move against the actual murderers.

But one day maybe the country will be ready to treat hiring a hit man against a baby the same way we treat doing so against an adult.