One of the many reasons Thanksgiving turkey prices are set to soar this year. 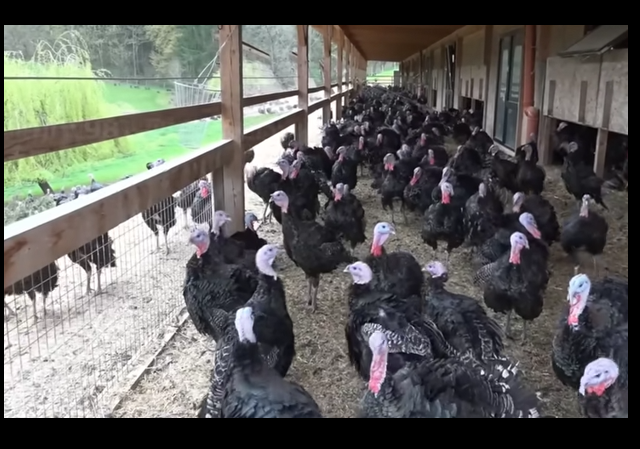 Bird-flu deaths of chickens and turkeys across this country are rapidly approaching record numbers due to a strain resilient to higher summer temperatures. The strain is now making its way through Europe.

More than 47 million birds have died due to infections and cullings. This has spurred export bans, lowered egg and turkey production, and contributed to record prices of the staples ahead of the U.S. holiday season. The outbreak exacerbates economic pain for consumers grappling with soaring inflation.

In 2015, 50.5 million birds died in the deadliest U.S. outbreak, the nation’s worst animal-health event to date.

Farmers are fighting a subtype of the H5N1 strain of the virus that survived over the summer, when rising temperatures typically reduce avian flu, said Rosemary Sifford, chief veterinary officer for the U.S. Department of Agriculture (USDA).

The same subtype, known as the goose/Guangdong lineage, is spreading in Europe, she said in an interview. Europe is already suffering its worst avian flu crisis, with nearly 50 million poultry culled.

The virus seems to be longer-lasting and more transmissible between bird species.

Officials are finding the subtype in a broader range of wild birds, such as ducks, than in the past and it seems to live in the birds longer, Sifford said.

An elevated threat for infections may persist until summer 2023 as they migrate, she continued.

The US is monitoring wild birds for avian flu in four migration paths known as flyways, up from two previously, and plans to do the same next year.

The outbreak has infected flocks in 42 states since February, twice as many as in 2015, USDA records show.

The outbreak is one reason the turkey price will be over 70% higher this year than last.

Typically bird flu spreads during the colder months, but this year commercial turkey producers were reporting cases of avian flu in July — a time when farmers are raising flocks for the holiday season.

Sadly, a social media sensation is one of the birds who has been infected.

An emu named Emmanuel has become one of TikTok’s most beloved birds as his owner, Taylor Blake, posts videos of the animal’s sassy behavior. But a deadly wave of avian flu has hit Blake’s Knuckle Bump Farms, and now, Emmanuel is fighting for his life as one of two bird survivors.

Blake announced on Saturday that the farm in was hit with a deadly bout of avian flu, saying that they have had a problem with wild Egyptian Geese flying onto the farm. At one point, there were as many as 50 of the wild geese on the South Florida farm, she said, and they carried the virus to her animals.

Here’s hoping both Emmanuel and our poultry farms pull through.

Maybe Dr Oz can help since he is of citizen of Turkey. He must know what the flock’s going on.

The avian flu is carried by wild birds and that’s how it gets into home chicken flocks. Home raised chickens are dropping like flies.

Another gift from china

This is one we can’t blame on Joe.
But I’m still partial to the meme that said:

“It took only 15 months to go from ‘Build Back Better’
to ‘there will be food shortages.'”

This is Obama’s third term, and things are going according to plan. Boy, are they ever….

Someone in one of the threads suggested removing bird feeders and bird baths from yards. Can anyone speak to this authoritatively? Are Cornell’s feeders are still up. I’ll have to check their webcam.

I wonder how many of the birds that were destroyed were actually infected and not just killed as a “protective measure” that just happened to have a massively negative impact on the economy as well as the food supply.