“Well, he said he was going to have loan forgiveness during the campaign” 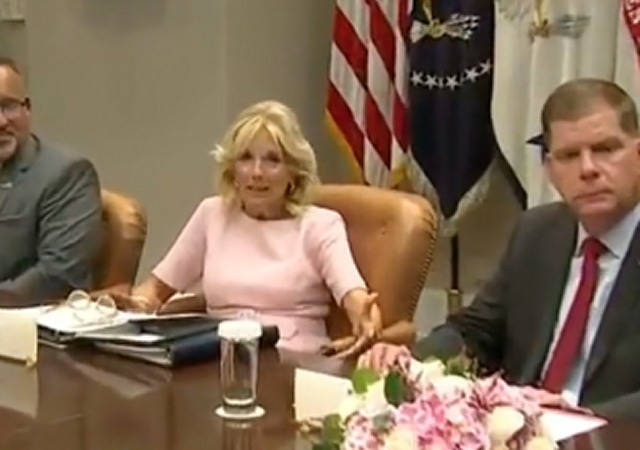 And that was never the point, anyway.

Still, it’s fun to watch Dr. Jill squirm as she just says this is something Joe promised to do. Watch:

A reporter asks Jill Biden how the President's student loan forgiveness program helps bring down the cost of higher education:

"Well, he said he was going to have loan forgiveness during the campaign … and he followed up on his promise and kept true to it." pic.twitter.com/9Q47OHt7DQ

All direct consumer subsidies and tax credits are in actual fact producer subsidies.

She couldn’t acutally say the truth. This is going to increase the cost of college by $10-20K.

How about limiting Sallie Mae and Pell Grants to colleges that do NOT increase their tuition above the rate of inflation.

Better yet, only those who have not increased their tuition by … lets say double the rate of inflation … over the past 20 years gets their students access to the best loans.

How about getting the federal government totally out of the unconstitutional business of giving people educational loans?

I’m not a fan of her or Dementia Joe but why would anyone expect her to understand or explain policy?