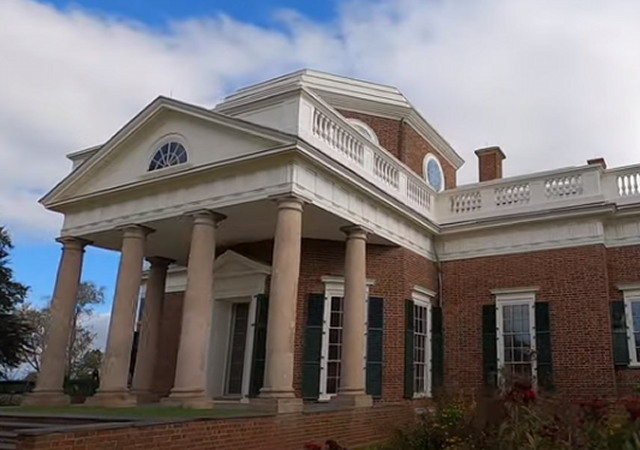 I did a related post about this recently. Quin Hillyer of the Washington Examiner makes it clear that the situation is even worse than I thought:

James Madison’s foundation, destroyed from within

For more than two decades, the Montpelier Foundation has restored the estate of founding father James Madison and won widespread praise for honoring his legacy without shying away from the role of slavery in the plantation’s history. It has been seen as a model landmark of American historical pride and education.

And all that could be lost if the radical activists who have pulled off a coup on the foundation board, and who aim to topple America’s other founding museums and memorials, succeed. For them, the nation’s founding is a more sinister event, and they seek to co-opt the father of the Constitution to tell their warped tale of American evil.

For now, self-proclaimed “termites,” aided by a sympathetic media and discredited organizations such as the Southern Poverty Law Center, have riven the foundation, put its financial health at great risk, and even flirted with a United Nations-aided land grab of the region around James Madison’s Montpelier by designating it one large UNESCO heritage site.

The plan is to establish Montpelier as a beachhead for radical reinterpretations of history. To a somewhat lesser extent , leftists have succeeded in doing the same at Thomas Jefferson’s Monticello .

Dozens of documents obtained by the Washington Examiner and interviews with many involved with the foundation’s inner workings paint a clear picture of exactly how this was carried out.

Madison himself has a conflicted record on slavery. He agonized for his whole adult life about how, in practical terms, to end slavery, and he avidly pursued several sincere but doomed schemes for widespread manumission, but he never freed his own slaves.

The foundation, for its part, was formed in 1998 to restore Madison’s famous estate and use it to promote public understanding of the Constitution that Madison did so much to shape. It also has been at the vanguard of studying and honoring the lives and contributions of enslaved communities.

There are literally tens of thousands of museums, historical societies, etc. across America in big towns and small. Some are high profile, like presidential libraries or National Historic Parks, others are very small like the Elgin (IL) Historical Society or the Panhandle Plains Museum. The size and number of visitors are irrelevant to the issue raised by this article.

Constant reexamination and exploration of history is fair game. However, a commitment to the truth and the scientific method for testing out theories is beyond anyone to question or negate. Please get involved with your local institutions.

If they aren’t tearing down our history, they are taking it over.

Consider the revisionist garbage of the 1619 Project, or the burying of the socialist history of death and destruction.

This is revisionist history ala American Marxism at work

I have upgraded them to full blown communists.

Why not? If it looks like a useful idiot, and talks like an apparatchik, it is a commie.

I wonder if this can be rescued? They should have called the bullies’ bluff, gotten their own lawyers, and gone on offense—they have the documentation to support their case. Especially since the 26 actual descendants of Montpelier slaves were on their side. Lessons to learn here!