Legionella Identified as Cause of Unusual Pneumonia Outbreak in Argentina

Legionella Identified as Cause of Unusual Pneumonia Outbreak in Argentina

Experts initially indicated the outbreak was of “unknown origin”, and the World Health Organization was monitoring the situation closely 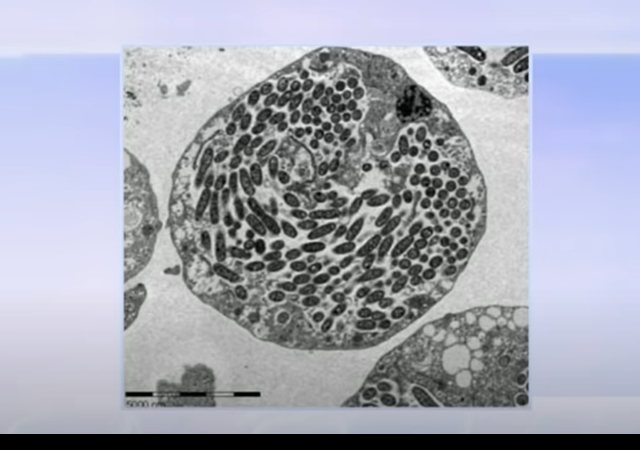 Recently, reports surfaced from Argentina about deaths at a clinic from pneumonia of unknown origin, which triggered concerns about the appearance of another novel virus.

Three people — two health care workers and now also a patient at the clinic — have died since Monday.

The pathogen has now been identified: Legionella, the bacteria that causes Legionnaires’ disease.

As of Saturday, a total of 11 pneumonia cases had been identified as part of the outbreak associated with a health clinic in the city of San Miguel de Tucumán, including four deaths in patients with underlying health conditions, the organization said.

All cases experienced symptoms of bilateral pneumonia, fever, muscle aches, abdominal pain, and shortness of breath between August 18 and 25 and are epidemiologically linked to the health facility, according to a World Health Organization statement released Monday. Of the 11 cases, eight are health workers of the facility; three are patients of the health facility. Three of the four deaths were among health workers. Four cases were still hospitalized as of Saturday.

Blood, respiratory and tissues samples were obtained from the 11 cases, and preliminary tests conducted at the local Public Health Laboratory were negative for respiratory viruses, and other viral, bacterial, and fungal agents, the WHO statement said.

Experts initially indicated the outbreak was of “unknown origin,” and the World Health Organization was monitoring the situation closely.

Similar terminology was used in Wuhan in December 2019, in what later transpired to be Covid.

However, other experts argued that similar clusters occur frequently and tend to just ‘fizzle out’.

Two of the infected people are still hospitalised, while three are being monitored at home.

Twelve other patients at the clinic who were not struck down by the illness have been transferred to the Centro de Salud hospital in the same city.

Legionella infection can be treated with antibiotics. However, it can be fatal and kills about 10 percent of people it infects.

Professor Paul Hunter told MailOnline: ‘It’s not the next pandemic. You don’t get person-to-person spread with Legionnaire’s.

‘It’s almost certainly a problem with plumbing. In the past you have seen outbreaks because of dirty shower heads, which tend to be quite localised.

‘If it’s an issue with a water cooling tower, you tend to see larger outbreaks than this, but from the information we have now, a shower head or plumbing looks more likely.’

“Experts initially indicated the outbreak was of “unknown origin”

I guess I’m puzzled: this disease has been known for over 40 years. Its etiology is well known and it’s caused by bacteria (not a virus, which can be harder to identify).

Why would there be a great mystery (and presumably delay in providing effective treatment) when, although this is not a common disease, it surely is well known?

Probably just means “the guy whose job is to identify stuff like this was still enroute.”

Or they thought it was a virus (because, pandemic scare) and didn’t bother to look for a bacterial vector.

Information: Legionella thrives in wet environments between about 90-100degF, so anything that maintains that environment can be a source of the bacterium. When I think of all the times I got inside a cooling tower and shoveled out scale in the sump …
.

“Legionella”. Sounds like one of those invented names popular in a specific demographic.

It was invented. It was named as it was because it was discovered at the Legionnaire’s Convention where a boatload of people got horribly sick and a bunch died. It got popularly called “Legionnaire’s Disease” and the bacteria was named after that – Legionella.

It always makes me think of a demon-infested Jane Fonda as a comic-book villain.

They finally got it: it is the FJB Covid variant!