The culture of death is growing strong. 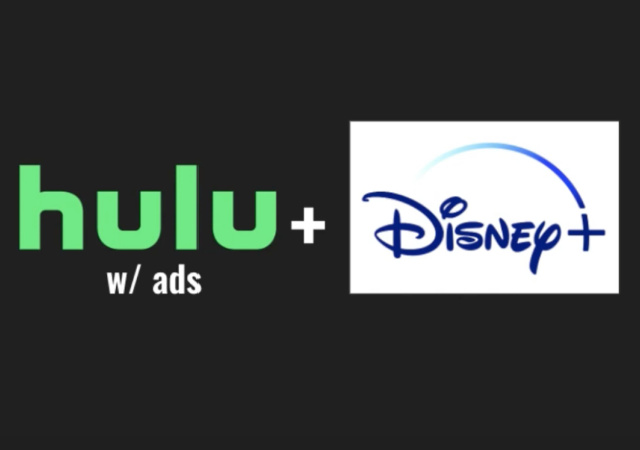 How did I miss this? I need to update my Google alerts.

We saw many companies decide to pay for abortions and travel costs after SCOTUS overturned Roe v. Wade and states put restrictions on abortion.

It’s funny. The Wall Street Journal first reported the news, and yet I see nothing about abortion in the article. It’s all about inflation, recession, and going back to the times before COVID:

Devon Richey, a Texas-based viewer-experience agent with Hulu, the streaming service owned by Walt Disney Co., said parental leave has been on his mind as he and his wife weigh the costs of having a child. Hulu recently trimmed its fully paid parental-leave policy to eight weeks, down from 20. Depending on an employee’s individual circumstances, including the state in which they live and their eligibility for short-term disability benefits, workers can still get up to 24 weeks of leave to care for the arrival of a child in a 12-month period, according to company policy.

“If my job is cutting back on my parental leave, how am I going to afford child care if I don’t get paid more?” he said.

Weird. It’s been over two years since COVID, and we’ve been in a crap economy since Biden took office.

I don’t believe in coincidences. It is not a coincidence the cuts in maternity and paternity leave started right after Roe v. Wade went bye-bye.

Jezebel framed its story around the evil SCOTUS because this would not have happened if the court had abided by the Church of Abortion. It allowed states to pass forced birthing laws! So evil.

I don’t think Jezebel realizes it strengthened the argument to not pay for abortions and travel costs.

I’m trying to determine if this trend started before the June ruling. I see “2022” in the articles but no start date.

Again, I don’t believe in coincidences. Amazon is offering $4,000 in abortion and travel costs. Netflix will give $10,000.

It’s possible and realistic to believe inflation and the recession has something to do with it.

But it’s idiotic to think companies offering to pay for abortions and travel costs have nothing to do with the cut in maternity and paternity leave.

This may inspire forward-looking cynicism. That said, keep women affordable, available, and taxable, and the “burdens” of evidence aborted, sequestered in darkness.

They offered a gig to Buttigieg,
but the sprig took a swig,
and had to renege.

Only in the West. Everywhere else on Earth it is normal. Even Asian gays aren’t this crazy.

— “If my job is cutting back on my parental leave, how am I going to afford child care if I don’t get paid more?” he said. —

It’s not your employer’s responsibility to pay for your child care. It’s yours.

My parents raised five children without employer paid paternity and maternity leave. My father stayed at a job he didn’t particularly like because it paid well enough to take care of his family. That came first in his mind.

So, Mr. Richey, the Texas-based “viewer-experience agent” (whatever the heck THAT is), perhaps you should look for a better job.

whatever the heck THAT is

8 weeks is close to the norm for paid maternity leave. 20 weeks is a huge outliner, so the cutback to 8 weeks appears to be sane.

fwiw – i cant find any info for HULU net income, Lots of info for gross income, though no info for net income

Or a second job. I can’t believe a ‘man’ would actually be quoted saying “If my job is cutting back on my parental leave, how am I going to afford child care if I don’t get paid more?”, out loud. What kind of men are out there for young women?

The kind most of those young women deserve, unfortunately.

The traditional male is viewed as undesirable in mainstream culture, has been for some time and many men have adjusted to the new reality. Many women hold themselves as not willing to embrace traditional feminine roles so these women can hardly complain about the absence of traditional, masculine men. Though of course they continue to do just that.

The sad part is that most men would be very happy to be the man in a woman’s life. Someone willing and able to protect and provide. Unfortunately many women have rejected those same men as unworthy of their affection or interest. Of those who manage to get married women file approx 75% of the divorces, college educated women at roughly 90%.

Ugh! What has feminism wrought? Maybe some of these Hispanic women coming over the border might appreciate a man as a man.

The war against women – borned or unborn – rages on unabated…

I doubt a “viewer experience agent” knocks down the big bucks.

This has a very 1960s ring to it. Back then a couple actually had to do some figgerin’ before stopping the pills. You had to register at the hospital and have the maternity account paid up before the 8th month. If you didn’t have family with hand-me-down furniture, and maybe willing to give a couple months worth of diaper service (as a shower gift) you could be on a rice-beans-ramen diet for a while. My job’s insurance paid a whopping $35 for maternity benefit. Having kids was all on the parents. “Unplanned” pregnancies were a game changer. Now they expect someone else to pick up the tab. The lack of personal responsibility (in some sectors) is stunning.

Um, isn’t this short term thinking? Being more generous with abortion benefits is going to cut down on the next generation of customers.

As long as the child sacrifice continues, they don’t care.

Not if you have a strong Spanish language service.

Is this legal? Surely this Santa Monica based corporation has to follow California state laws on parental leave? https://www.worklawyers.com/maternity-leave-law-california/

Am I missing something obvious? If the state laws (which exist all over the country they are not unique to California) are so overt that even I could find them I know their company lawyers said “boss this is a horrible decision; a judge will fine you for all you are worth first mother you order into work” or in addition to being race obsessed woke (expletives) are the executives of corporate America of the opinion American Law has no application when they don’t like it?

I know corporate America doesn’t think civil rights law means what it says it does (see Pfizer making minority only things) do they think they are above the rest of the law?