Xylazine, a muscle relaxant intended for large animals, can cause ulcerating wounds that spread across the body. 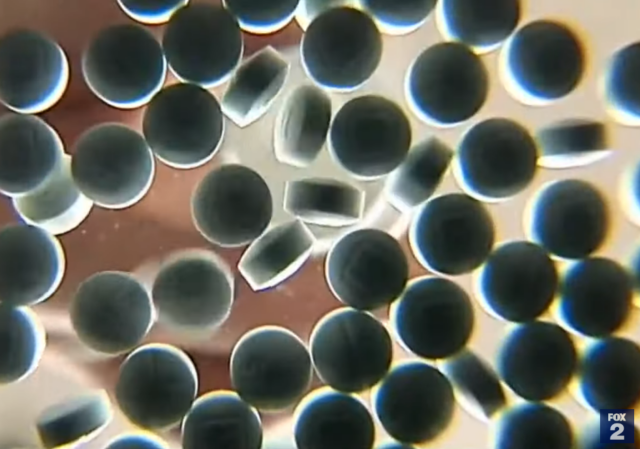 I recently reported on nitazenes, a new class of synthetic opioids ten times stronger than fentanyl. They are beginning to be identified as the cause of an increasing number of drug opioid deaths.

The end result of xylazine use is deadly and gruesome, as the drug can cause ulcerating wounds that spread across the body.

The drug prolongs the highs felt from heroin, but results in users passing out for hours at a time, while injection points ulcerate and lead to grisly wounds that spread across the body.

Some users even report severe soars [sic] erupting across their body where they never injected the drug, and many are left disfigured as fingers, arms, feet, legs and toes are forced to be amputated.

‘It’s eating away at my skin,’ one 28-year-old female user from Philadelphia, Sam Brennan, told Vice.

In Philadelphia – considered to be ground zero for the xylazine crisis – about one-third of all fatal opioid overdoses in 2019 were related to the drug.

Xylazine use in illegal drug preparations is spreading, including in Biden’s home state of Delaware.

Xylazine is appearing more frequently in pills and powders tested by the Delaware State Police forensic chemistry unit: about 15% of evidence tested between October 2021 and July 2022 found some Xylazine – also called Tranq. However, because Xylazine is not a controlled substance, those tests were only conducted for research purposes and its presence was not officially confirmed.

But participants in a New Castle County needle exchange program say that the drug may be more widespread than the state’s testing suggests. They describe an array new challenges presented by Xylazine.

Christina, who asked to be identified by her first name alone, says the initial high can be overwhelmingly intense, sometimes causing falls in which users can seriously injure themselves.

Yes, I can well imagine that a drug used to calm horse-sized animals would have a more robust effect on humans. It can slow breathing, heart rate, and blood pressure to potentially fatal levels.

Because xylazine is not an opioid, Narcan is not an effective means of treatment in overdoses. Massachusetts officials shared their experiences.

In Greenfield, Tapestry Health is responding to more overdoses as more tests show the presence of xylazine.

“It correlates with the rise, and it correlates with Narcan not being effective to reverse xylazine,” said Amy Davis, the assistant director for rural harm-reduction operations at Tapestry. Narcan is a brand name of naloxone, an opioid overdose reversal medication.

“It’s scary to hear that there’s something new going around that could be stronger maybe than what I’ve had,” said May, a woman who stopped by Tapestry’s van. May said she has a strong tolerance for fentanyl, but a few months ago, she started getting something that didn’t feel like fentanyl, something that “knocked me out before I could even put my stuff away.

Data from other states are also very disturbing.

In Michigan, deaths from the drug, which is often used on horses as a muscle relaxant and anesthetic, increased 86.8% between 2019 and 2020 before dropping off slightly in 2021, the Detroit Free Press reported Friday. In the past two years, it was detected in half the opioid deaths in the Ann Arbor region, accelerating fears of its westward proliferation, the paper said.

Xylazine also was involved in 19% of all drug overdose deaths in Maryland in 2021 and 10% of those in Connecticut the year before, according to federal officials.

This post initially included a screenshot of a Xylazine bottle and box taken from a Detroit ABC News story. We received the following communication from the manufacturer:

“Randlab is an Australian-based company and our Xylazine product is manufactured wholly within Australia. We do not now, nor have we ever, exported our Xylazine Injection to the United States of America.

Randlab is not associated in any way with the misappropriation of xylazine to the human market….

Randlab Xylazine 100mg/mL Injection is [not] in any way associated with the increasing number of deaths from opioid adulteration in the United States of America as discussed in your article.”

Unless it somehow increases CO2 levels I doubt democrats will care

Are the Xylazine bottles recyclable?

Rinse the glass bottles and remove the aluminum lids. Labels do not have to be removed. Recycle the lids seperately, but be sure to lick them with your tongue to make sure all the Xylazine has been removed.

Sounds like we are winning the war on drugs one corpse at a time.

Sounds very similar to Krokodil, which seems to be devouring parts of Europe.

Whenever I hear “horse tranquilizer” I think “PCP”.

Man …. those horses are really out there.

henrybowman in reply to ThePrimordialOrderedPair. | September 29, 2022 at 7:24 pm

It’s ironic, but the most popular horse tranquilizer (calmative) out there is a tryptophan compound — essentially, Essence of Thanksgiving Turkey. Owners routinely use it for situations such as trailering and parades.

Blame Trump. After all, he’s the one who told people to dose themselves with horse medicine, isn’t he? 🙂

OK, maybe he didn’t do that on this planet, but on whichever planet TDS comes from…

Yet these same knuckle draggers complained about Ivermectin.

Yeah, the complained about a drug that annually is credited with less deaths than ibuprofen.

The more I hear about these things, the less compassion I feel for the users – especially the ones who repeat.

It’s enough to kill a horse.

Do these dealers understand capitalism, or what?
They’re dumber than viruses, and viruses aren’t even alive.
Viruses at least mediate their greed so as not to kill their meal tickets.
What’s next — arsenic from the food trucks?
Icepick holes in gas pump hoses?

There is never a shortage of stupid people addicted to something. They are produced faster than the WEF can kill them. Leaves more food for us when food shortages get going and headlines of global famine become a standard fixture. As usual, it will begin in Africa and Asia but it’s going to hit us to. Gaia commands it.

Anymore, I just educate my people and if idiots want to do this, that’s their problem. It’s less trouble to bury the idiots than to try to keep them from harming themselves.

We mixed it 1:9 with Ketamine (Special-K) as a potentiator and to reduce spastic muscle tone. When you work with monkeys, you always have a bottle of ketamine and a loaded syringe in the lab coat. Main benefit is that it can be injected IA (intra-anywhere).

And anytime you hear the term “harm reduction,” think rather of “harm prolongation,” because it never gets anyone better as it takes away the negative consequences of use, and it keeps people alive and basically miserable. The only people who benefit from harm reduction are the social workers who are otherwise unemployable.