First Hurricane of Season Is Projected To Stay Offshore In Atlantic

First Hurricane of Season Is Projected To Stay Offshore In Atlantic

Unusual conditions in the Sahara and Atlantic have led to late timing of Danielle. 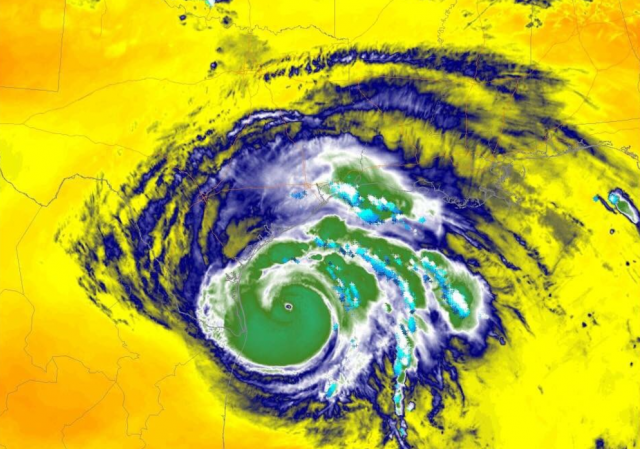 The 2022 Atlantic Hurricane season had a slow start this year, with a named storm (Danielle) only being recently designated.

This was the first time since 1941 that the Atlantic region has gone from 3 July to the end of August with no named storm, Colorado State University researcher Phil Klotzbach said.

Danielle formed as a tropical storm on Thursday as the first named storm of an unusually quiet season so far, then strengthened overnight and could mark the beginning of a buildup of giant storms in the coming weeks.

The reason for the unusually slow start to “hurricane season” stems from conditions in North Africa.

A big part of the reason it has been so quiet has been Saharan dust moving off the coast of Africa, which has really been unfavorable for tropical storms and hurricanes to develop.

As you look back through historical averages, we typically start to get into the peak of tropical storm and hurricane season from late August right through the month of September into October.

We have not seen a single named storm during the month of August – that is just the fifth time in recorded history that’s happened. The last time it happened was back in 1997, but we do expect activity to ramp up over the next several weeks as we have a couple of systems we’re keeping an eye on in the Atlantic.

Conditions have ramped up considerably, and when Danielle hit unusually warm Atlantic waters.

Danielle is also the latest first hurricane to form in the Atlantic since 2013, said Phil Klotzbach, a tropical weather researcher at Colorado State University.

Another oddity in a weird Atlantic season: The storm gained strength unusually far north — near 40 degrees latitude — where hurricanes are rare. But it was record-warm ocean waters there that fueled the storm.

The news media will be quick to point to human-caused climate change as the reason for the warmer waters and Saharan dust.

On the other hand, I will simply note that there has been a significant increase in solar activity, as evidenced by the trio of solar flares recently unleashed.

The sun continues to display a flurry of activity.

Space weather watchers observed a series of powerful solar flares between Saturday (Aug. 27) and Monday (Aug. 29), the most powerful of which registered as an M8-class flare and occurred on Monday at 7:07 a.m. EDT (1207 GMT), SpaceWeather.com reports(opens in new tab). M-class flares are typically described as “moderate,” but can still “cause brief radio blackouts at the poles and minor radiation storms that might endanger astronauts,” according to NASA(opens in new tab).

Scientists rank solar flares into five lettered categories, of which M is the fourth strongest. Within each category, higher numbers represent larger outbursts.

There had better be some storms soon or lefties will pout.

If not for that good news the blame would have been pinned on Putin.

They’ll forget all the doomsday predictions made for this year, how the season would be “unusually active” (which is the prediction made pretty much every year). Anything that follows their predicted pattern is taken as evidence, and anything that doesn’t is ignored.

It is a very pretty hurricane… for once.

I just checked: not only is hurricane Danielle ashore, she’s here in Nebraska.

Someone please correct me:
you can have devastating winds hit the shoreline of the usual suspects, but unless the winds rotate counter-clockwise around the center/eye, it can’t be called a “hurricane”?

According to the Beaufort Wind Scale once the wind hits 72 mph it’s a hurricane force wind.

It’s more important not to use the wrong pronouns for zit though.

Maybe one will sit and spin on DC and wash it all away.

Hurricane Biden, one of the most menacing, bitter, angry and divisive storms in modern US political history, blew through the White House earlier in the week—leaving in it’s wake 3500 miles of verbal garbage strewn across 51 states.

Unusual conditions: nonlinear, dynamic. incompletely or insufficiently characterized and computational intractable. a hard problem… but, fortunately, not a burden, or even a “burden”. chaos (e.g. evolution, life).

The reason we’ve had only one hurricane this year is man made global warming.