Fears for “economic catastrophe” that may impact November election. 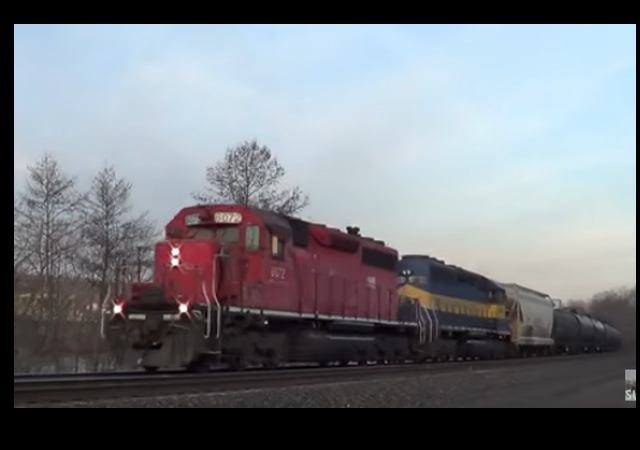 The black swan of a rail strike is flying high as the U.S. Congress prepares to act if workers walk out.

Lawmakers are under pressure to avert a rail worker strike as soon as this week that would batter the nation’s economy just before November’s midterm elections.

Republican senators introduced a resolution to impose a new contract if negotiations between railroads and unions collapse, while Democrats say they would pass legislation to block a rail shutdown if necessary.

…Business Roundtable CEO Joshua Bolten said Tuesday that the big business group is “deeply concerned about the potential for economic catastrophe” if talks are not resolved by Thursday night.

The U.S. Chamber of Commerce wrote in a letter to congressional leaders that it is “not confident” that additional time to negotiate will lead to a breakthrough between unions and railroads.

“The negative impact of uncertainty is already being felt, and even a short strike or disruption would be disastrous,” said Brian Dodge, president of the Retail Industry Leaders Association, which represents big box stores. “Jobs will be lost, and costs will go up as shortage of raw materials and consumer goods ripples throughout the economy — it will be a double whammy.

Rail companies are already preparing for a strike.

Norfolk Southern has begun enacting its contingency plans for a controlled shutdown of its network at midnight this Friday. Although negotiations continue, they say they have a commitment not to strike.

In an update Norfolk Southern posted online, they say their goal is to ensure that in the event of a work stoppage that they have a contingency plan for crews, equipment, and freight to safely reach their destinations with minimal disruptions.

Another firm, CSX, is taking steps to ensure the safety of highly hazardous materials crucial for the industry.

We remain hopeful that agreements will be reached, but to prepare for the possibility of a work stoppage the company will take action by issuing an embargo on all TIH/PIH shipments and other safety-sensitive freight effective Monday, Sept. 12.

CSX will work to ensure compliance with federal regulations and avoid the potential of safety-sensitive and hazardous materials being left unsecured or unprotected. In addition, we are advising all customers that delays and service suspensions are possible if the impasse in labor negotiations continues.

Tuesday departures for the Southwest Chief, Empire Builder, California Zephyr, and a portion of the Texas Eagle routes have all been pre-emptively canceled in order to avoid passenger disruptions, an Amtrak spokesperson told Insider.

If freight rail carriers do not reach a resolution with two major worker unions, shorter state-supported routes could also be canceled this week, the spokesperson added.

While Amtrak itself is not involved in the union negotiations, its trains travel on 21,000 miles of track throughout the Midwest and western US — nearly all of which is owned, maintained, and controlled by freight railroads. As a result, a freight rail worker strike would “significantly impact intercity passenger rail service,” Amtrak said.

The economy, already reeling from inflation, would take another serious hit if the strike occurs.

I HATE that
a) congress thinks they can mandate people to work who do not want to do so. We used to have a word for that situation, but it was banned by a Constitutional Amendment.

c) that the Unions think that more money will solve the problem of workplace abuse.

out of all of those, I HATE the congress one the most.

You can bet that Amtrak Joe and congress will “solve” this all by throwing a crap load of money to the unions, who will throw a crap load of it back to democrat politicians

The worst part is that if the RINO’s have their way and force them to accept PEB, my son and coworkers of my railroad husband who both work/worked transportation division (engineers/conductors) lose because they want relief. 12-15 hr shifts, often without overtime, 12 hrs rest and back to work. The railroad KNOW that they will be forced without changes. They cut the workforce to the bare bones, are making record profits, their stockholders are making record profits, they are pushing for 1 man crews on 3 mile long trains with crews that are exhausted and punished if they lay off sick or even funerals. They get some personal days, based on seniority but deny those saying they are too short staffed. Their vacation days are scheduled based on seniority and young guys get 1 week a year. 24 hrs of federal rest after 7 consecutive days but they will deadhead them home to start the cycle over again before it kicks in. I don’t like the unions either, but there’s a reason they are mandated for transportation workers… Because they have a history of abusing their employees. Dems planned this… Made sure the 90 day cooling off period began in June so they can swoop in and pretend to fix things before mid terms. More money doesn’t fix a dead railroader because of fatigue.

They’ve been around for years and the same treatment is happening. What does that tell you about unions and their real interests?

1 week a year is EXACTLY what their union negotiated. That’s what happens when you have a union. You, the worker, no longer have any leverage, and in fact, it’s often ILLEGAL for you to negotiate your own. You get what the union decides to give you for pay and vacation and nothing more.

12 hour shifts? Thank the union. The contract says the company can do it, and the workers can’t object because it’s in the contract.

You are fake news

Wrong. They don’t think they can ‘mandate people to work who do not want to’.

They’re mandating that they can’t strike.

If they don’t like the job they can quit and find another one.

I just bought a couple extra mega-packs of TP, in case

That serious hit is exactly why they’re striking now. They believe they have an unassailable position from which to strike, as nobody can afford to let them do so. The various dockworker’s unions on the West coast are basically in the same position as they are trying to negotiate new contracts.

They have been negotiating for almost 3 years. They believe the big raise will fix it, when in fact, it’s still less than COLA. The increase is based on 5 years, including almost 3 years while they’ve been working with a contract that ran out almost 3 years ago. The increases are offset by an increase in healthcare premiums and larger deductibles. Even then, they can live with that IF they can get some relief with work conditions.

They just turned down a 24% raise. You can whine all you want about ‘oh well its for 5 years!’ that’s still a 4.8% raise per year. Most of the rest of us would KILL for that, especially after the last few years.

Let’s face it. under the present régime, the dollar’s become worth a penny.

I wonder why, when Biden was handing out a trillion dollars of taxpayers’ money to lawyers and doctors, he didn’t toss a few hundred billion to railroad companies to fund a contract to avoid this latest crisis.

The democrats will figger a way to pay em’. They will do anything at all to stave off the total collapse caused by them until the November election, anything. After that it will be utter complete disaster.

But, but, but, the Biden Admin claims they’ve reached a tentative settlement!! But then they also claim that inflation is receding and that the border is secure……….