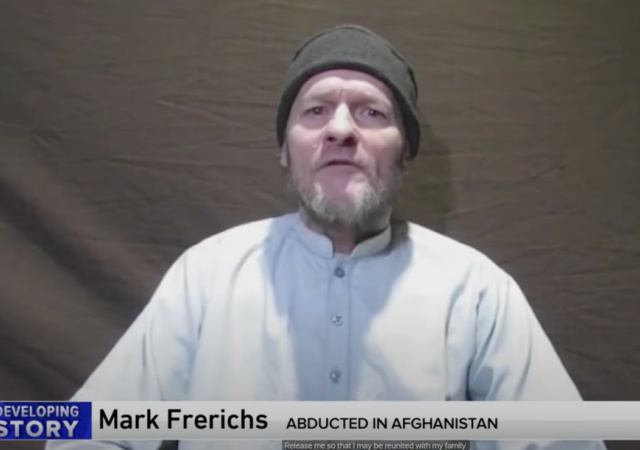 President Joe Biden announced his administration secured the release of American contractor Mark Frerichs, a Navy veteran, from the Taliban after more than two years.

Today, we have secured the release of Mark Frerichs, and he will soon be home. Mark was taken in Afghanistan in January, 2020 and held for 31 months. His release is the culmination of years of tireless work by dedicated public servants across our government and other partner governments, and I want to thank them for all that effort. I spoke with Mark’s sister today to share the good news and express how happy I am for Mark’s family. Bringing the negotiations that led to Mark’s freedom to a successful resolution required difficult decisions, which I did not take lightly. Our priority now is to make sure Mark receives a healthy and safe return and is given the space and time he needs to transition back into society. My Administration continues to prioritize the safe return of all Americans who are held hostage or wrongfully detained abroad, and we will not stop until they are reunited with their families. We have much more work to do in many other cases, but Mark’s release demonstrates our enduring commitment. Like our work to free Americans held in Burma, Haiti, Russia, Venezuela, and elsewhere, it is our duty to do all we can to bring our people home.

The Taliban abducted Frerichs in Kabul while he worked “on civil engineering projects.”

Frerichs appeared in a video last spring wearing Afghan clothes. He pleaded for his release. The New Yorker published the video but did not disclose who handed over the recording.

The Taliban wanted Noorzai in exchange for Freirachs.

In Afghanistan, Noorzai announced he returned to Kabul on Sunday in exchange for an American prisoner.

WATCH: A senior Taliban figure, Haji Bashir Noorzai, has been released after decades of detention by the #UnitedStates and arrived in #Kabul on Monday, said Mohammad Naeem, a #Taliban spokesperson based in Doha, in a tweet. pic.twitter.com/N2I4pEDNtd

Well, we know how the idiot president is going to get Britney Griner back.

His vacuousness just created a new industry: ransoming Americans for fun and profit.

Hmm, is this one of the Americans the pedophile-in-chief claimed he didn’t abandon behind enemy lines?

That Joe is one savvy horse’s-ass trader.