“…Coach Nick Rolovich, a Catholic who was denied a religious exemption to the vaccine mandate for state employees.” 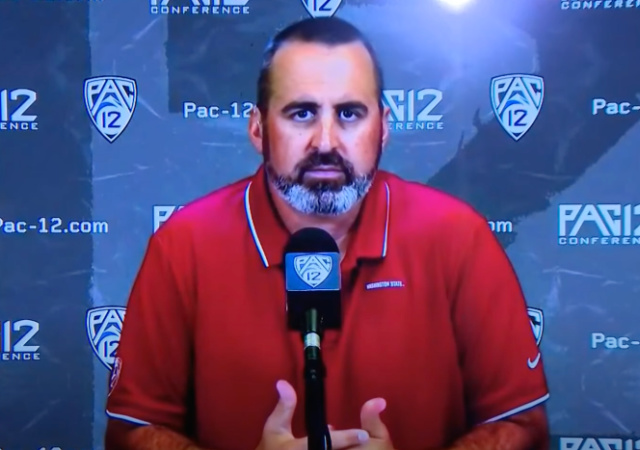 Former Washington State University football coach Nick Rolovich filed a $25 million wrongful termination claim after the school fired him for refusing to get the COVID vaccine.

Rolovich had a five-year contract for $3.2 million a year. He had three years remaining on the contract.

The tort claim is reportedly expected to be the precursor to a lawsuit against the university by former Washington State University football Coach Nick Rolovich, a Catholic who was denied a religious exemption to the vaccine mandate for state employees.

As The College Fix had reported last fall, Washington’s Democratic Governor Jay Inslee’s vaccine mandate had set up a clash between Washington State University and Rolovich.

“K -12 educators, school staff, coaches, bus drivers, school volunteers and others working in school facilities will have until October 18 to be fully vaccinated as a condition of employment,” an announcement from the governor’s office stated at the time.

If and when Rolovich files his lawsuit, it comes at a time when the CDC has acknowledged the protections of natural immunity and has walked back this month its former blanket guidance that everyone get vaccinated against COVID-19.

“The university fired Rolovich ‘for cause’ in October 2021 after he had coached just 11 games with the Cougars,” the Seattle Times reported.

Rolovich had “several years and roughly $9 million remaining on his contract at the time of his dismissal,” Just the News reported.

Rolovich and Fahling had filed a 34-page administrative appeal after the coach was terminated — but it was rejected.

“This is your opportunity to take a step back, reexamine your illegal and unconstitutional conduct, and adopt a different posture toward (Rolovich) before you and the University are forced to defend your conduct in the context of a federal court civil rights action,” the appeal stated.