Canine Parvovirus Has Killed Dozens of Dogs in Michigan

Canine Parvovirus Has Killed Dozens of Dogs in Michigan

Officials say the disease is similar to parvovirus and encourage vaccinations. 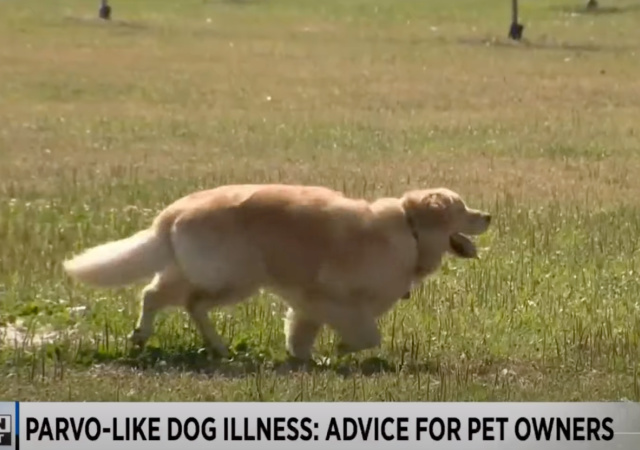 Michigan Officials are racing to identify an illness that has killed dozens of dogs in the last month in the northern and central parts of the state’s Lower Peninsula.

The virus is believed to have come from Louisiana and generally kills young dogs within three to five days, officials said. Symptoms include bloody diarrhea, vomiting and lethargy.

“The state is in a panic right now,” Clare County animal control director Rudi Hicks told the Clare County Cleaver. “There’s no cure. There’s no vaccine because they haven’t identified it yet.”

While the virus is described as “similar to parvo.” Some dogs tested positive for parvo while others did not. The Michigan State University diagnostic lab is helping to investigate the cases.

The affected dogs in Otsego County have generally been dogs under 2 years old or elderly, the county shelter said.

Routine canine vaccinations include those against parvovirus, and dog owners should make sure their pets have the vaccine, the agriculture department says.

Canine parvovirus is spread by dog-to-dog contact and contact with contaminated feces and environments, the veterinary medical association says. It is not contagious to people or other types of animals, the state agriculture department said.

Reports indicate that a similar virus struck animals in Mexico.

Elisa Mazzaferro, an associate professor at the Cornell University College of Veterinary Medicine, said while they have not seen cases like the ones described in northern Michigan, an emergency clinician in Mexico City has.

“Canine parvovirus attacks rapidly, dividing cells, including those of the gastrointestinal tract, and leads to vomiting and diarrhea …,” she said.

There sure are a lot of new nasties cropping up lately.

Oh, well. They told me if I voted for Trump this would happen.

Fauci has planned ahead. He is waiting to be called back to active duty to solve the next crisis.

Somehow, somewhere,… Trump had this virus created to hurt dogs to distract from all his other crimes and this information was taken earlier in the MAL raid.

Further proof is the “orange dog” in the article- its all about his ego.

The smoking gun is the “dog zero” was from Louisiana which is close to Trump’s secret lab at MAL.

All credit goes to our President who figured all this out during his relentless investigation disguised as vacations.

CNN is going to air a special on this today exposing the truth.

YOU WILL ACCEPT AND BELIEVE. THE CONTROL VOICE HAS SPOKEN.

I know that but when has truth and context ever mattered to the left?

It won’t be unknown once we name it. I suggest the Shi-Tzu Virus.

Observe the symptoms, then write your notes on a pad, using an indelible Shar-pei.

/All kidding aside, I feel really bad about the dogs. While I don’t like ALL dogs, I generally find them to be interesting and wonderful beasts.

Dogs are mama best friend. I feel sorry for people who do town and love dogs

This story is of much more personal interest to me than yet another story about two tribes that have been hurling missiles at each other since David and Goliath.

I don’t like all bears, but Gentle Ones are okay. All kidding aside, you need to lay low, the next virus may affect Grizzlies.

I’m already fighting a nasty form of cancer. I wonder…

I am hoping you will get that behind you.

I like the Churchill quote: “cats look down on you; dogs look up to you; pigs treat you as an equal.” WC liked pigs.

Myself, I wonder if perhaps some batches of parvovirus vaccine were subpar.

Time for mandatory masking, lockdown small businesses, and vote only by mail in November.

Parvo is nothing new. Vets have known about it for decades and dogs have been vaccinated against it for years.

Back in the 80s and 90s, I gave my Labs their shots myself with the exception of rabies. I routinely vaccinated them against both canine parvovirus and canine coronavirus..