University in London Warns Classic Books Can be Bad for You, Adds ‘White Fragility’ Books to Reading Lists

University in London Warns Classic Books Can be Bad for You, Adds ‘White Fragility’ Books to Reading Lists

“If you feel uncomfortable with anything then please stop your activity, it is important that you look after your own wellbeing.” 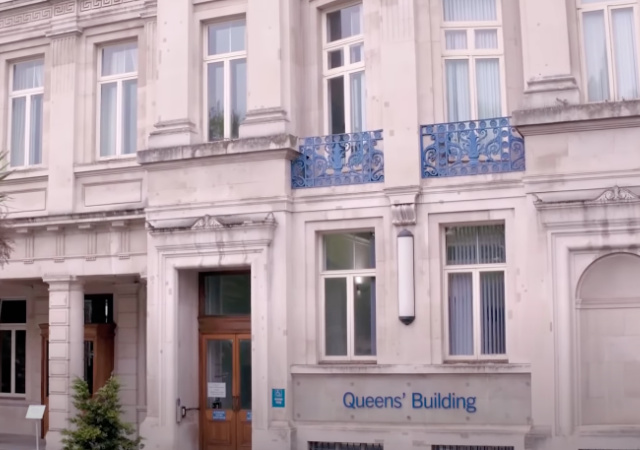 Next thing you know, the Queen Mary University of London will hand out coloring books and pacifiers.

They’re told to issue ‘trigger warnings’ to protect undergraduate students from some course content, now academics are being urged to stop reading ‘uncomfortable’ content to protect their own wellbeing.

Queen Mary University of London has provided a reading list for staff to educate them on issues of equality, diversity and inclusion.

It contains classic school texts, such as Harper Lee’s To Kill A Mockingbird and children’s book The Secret Garden by Frances Hodgson Burnett.

The list also comes with a ‘content warning’ from the human resources department that states: ‘Some of the following books and resources may have content and refer to sensitive issues that some individuals may find upsetting.

‘If you feel uncomfortable with anything then please stop your activity, it is important that you look after your own wellbeing.’

Other literary works recommended to staff at the university include Of Mice and Men, by John Steinbeck, Moby Dick by Herman Melville and Zadie Smith’s White Teeth.

Staff are also directed towards a number of texts on ‘whiteness, white fragility and advantage.’ They include the 2017 bestseller Why I’m No Longer Talking to White People About Race by Reni Eddo-Lodge and a blog called: The Sugarcoated Language of White Fragility.

a reading list for staff to educate them on issues of equality, diversity and inclusion
NONE of those books will accomplish that. Only one will, and that one is the basis for all of Western Civilization. It includes equality (“There is no difference between Jew and Gentile, 23 for all have sinned and fall short of the glory of God”), diversity (“I … am about to come and gather the people of all nations and languages”), and inclusion (“There is neither Jew nor Greek, there is neither slave[a] nor free, there is no male and female, for you are all one”).

Any other attempt at those things will fail because it’s based in human hubris.

And China and Russia don’t have to lift a finger. The Democrat apparatchiks are gutting the system in order to pave the way for the elusive (read it: impossible) socialist “utopia.”

There is a word for people that are unduly “upset” by events around them. “Snowflake” is the polite version.

It would seem cruel of me to read it, and break her streak.

Do the White fragility books come with trigger warnings?

Given the concept is inherently racist it’s hard to defend granting such texts privileged status. And yes I realise the Left love their double standards.

Ha, ha, ha, ha, snort!
The classical books of American Civilization are too upsetting?
How about the fact that great art should cause an emotional reaction?
That this is a good thing?
That this called growth and it only happens with some turmoil

It’ll start with classical books, but, really, it’s all books. Books are dangerous, they have dangerous ideas in them, sometimes they make you unhappy.

Better to watch a movie. Major movies cost $100s of millions to make, and who’s going to take a chance with that kind of money at risk? Best to just make something safe, something that will ‘offend’ no one.

“You don’t have to burn books to destroy a culture. You just have to get people to stop reading them.” –

“A book is a loaded gun in the house next door. Burn it. Take the shot from the weapon.”

“Don’t step on the toes of the dog-lovers, the cat-lovers, doctors, lawyers, merchants, chiefs, Mormons, Baptists, Unitarians, second-generation Chinese, Swedes, Italians, Germans, Texans, Brooklynites, Irishmen, people from Oregon or Mexico. The people in this book, this play, this TV serial are not meant to represent any actual painters, cartographers, mechanics anywhere.

The bigger your market . . . the less you handle controversy, remember that! All the minor minorities with their navels to be kept clean. Authors, full of evil thoughts, lock up your typewriters. They did. Magazines
became a nice blend of vanilla tapioca. Books, so the damned snobbish critics said, were dishwater. No wonder books stopped selling, the critics said.”

Ray Bradbury (or some of his characters) on books.

Bradbury was a genius, as was Robert Heinlein.
.