Transgender Cheerleader Kicked Out of Camp for Allegedly Choking Teammate

Transgender Cheerleader Kicked Out of Camp for Allegedly Choking Teammate

The 25-year-old cheerleader is accused of choking a 17-year-old teammate and received a criminal citation. 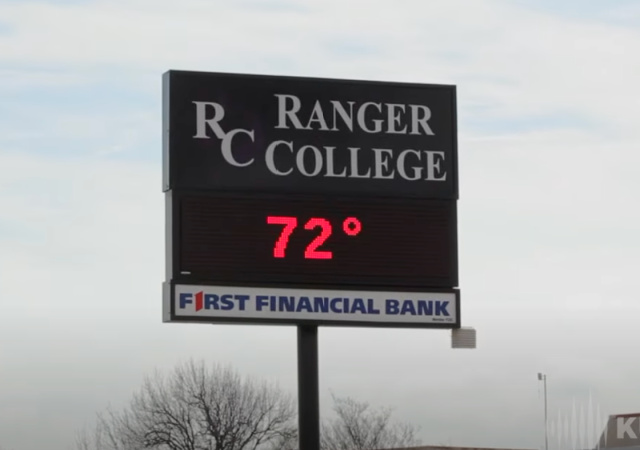 Averie Chanel Medlock, 25, a transgender cheerleader, was kicked out of a Texas college cheerleading camp for allegedly choking a teammate Karleigh, 17.

The incident occurred at Ranger College, a public community college in Ranger, TX.

Transgender cheerleader is kicked out of cheer camp after 'CHOKING female teammate who called her a man with a penis' https://t.co/k5F1Yu0sl9

Medlock said a physical confrontation never took place. The dispute was only verbal:

‘Well guys I’m officially retired as a cheerleader as of last night at 5:30 AM,’ Medlock wrote in that Facebook post, which she shared last week, ‘A girl on the team was being very disrespectful and told me I am a MAN with a PENIS and that [guys] should not be on the team.’

‘I stood up for myself and she called her mom and dad because she was scared because I [stood] up for myself. Her father said ‘she still has testosterone and a penis and I will kill anyone who comes after my daughter.”

However, in the video, Medlock said, “B*tch, I barely touched Karleigh.”

At the end of the video, Medlock told Karleigh, “There’s no beef between me and you. Sorry to upset you.”

Jones’ account of the incident was far different, however, writing in a Facebook post that he was called by his terrified daughter at 1am after she barricaded herself behind a door to hide from Medlock, who had allegedly choked her out. Several teammates corroborated this account of events.

‘I ask you what you would have done when receiving a phone call at 1 o’clock in the morning from your daughter stating they had locked themselves in the room with other girls, after this person said You want to fight, and proceeded to put their hands around my daughters neck,’ he wrote.

She says that there was an ongoing dispute between her and Karleigh, and after she went to apologize to Karleigh about the dispute the first time (this was separate from the video posted on social media), Karleigh called her father and said Averie assaulted her and choked her out, so the father called police.

Police and the father both then arrived at the college. When Averie was initially questioned by police, she says that they asked if she put her hands on Karleigh, and she told them no and clarified that she was only joking.

Averie says the officers, Karleigh, her father, and her roommate, all talked for around an hour before the officers returned and told Averie she was going to be given a criminal citation.

When asked about the citation, Averie did state multiple times that it was for verbal assault. However, KTAB and KRBC obtained a copy of the citation, and learned that it was a misdemeanor citation for Assault by Physical Contact, and a call to the Eastland County District Attorney’s Office confirmed it was issued on allegations of unwanted touching.

After the citation was issued, Averie was kicked off of Ranger College property and sent home to the Waco area.

Medlock insisted no one at the school or the cheer coach got her side of the story. She also told KTAB and KRBC “that if she did choke Kaleigh out, she would have been arrested, not just cited, and Karleigh would have had visible injuries.”

Jones did not want to expand further than the post on social media.

Ranger College is opening a Title IX Investigation: “Ranger College takes all allegations of this nature seriously and is committed to providing a learning environment free from discrimination. At this time, Ranger College is following all applicable Title IX regulations and Board Policies.”

The picture shown above is not what trangender Medlock looks like. It’s been photoshopped.

“All photos of Medlock appear to have been significantly altered, either by the use of extreme filters or what appears to be women’s faces superimposed over his own.”

I found a real picture of Medlock on the internet and he is one ugly dude.

Just make a copy of the picture and open the image in another tab. Enlarge it and you can see it’s fake.

He gets such a close shave, I expect him to have an endorsement deal with woke GIlette.

I’m concerned about parents who would allow their children to attend a camp with adult campers. The only adults who should be at camp are counselors and staff who have been vetted.

Note this is a college campus, so the freshmen could be as young as 17 but the upperclassmen can be 21 or older.

Why is a 25 year old man loved to “train” with teenage girls??

Why, what’s wrong with that? And why shouldn’t transvestites be able to molest chlldren?

Who is Averie? Was Kayleigh choked by TWO cheerleaders?

The sHe is named Averie Chanel Medlock and the article kind of randomly switches between the first and last name.

Kayleigh was choked by an enormous man named Averie who was the size of two 17 year old girls.

‘Well guys I’m officially retired as a cheerleader as of last night at 5:30 AM”

As confused about time as he is about gender,

Confused guy:
“She said that I have a penis!”

Kayleigh should have kicked Medlock in the nuts. At least one fact would have been established.

You mean it turns out the overaged transvesite at a girls’ cheerleading camp is nuts?

Yes, an overaged, oversized transvestite man went nuts and choked a young teenage girl who called him out.

So much word goulash from these entitled deviants.
The libtards will insist that Medlock was “assaulted” by the girl first by referring to him by the incorrectly adopted notions.

Rate this story on the Wright-Kaufman Inevitability-Astonishment scale, where 10 = “sun comes up in the morning,” and 1 = “Spanish Inquisition.”

And the modern model, where from 1 to 10, human rites are performed for social progress and the bodies of evidence are aborted then sequestered in darkness.

“Ranger College is opening a Title IX Investigation.” How can you invoke Title IX if you can’t define what is a woman?

Even dressed as a girl he can’t get rid of his toxic masculinity. Huh.

What’s really funny to me? College cheerleading squads have been coed for decades. You don’t have to pretend to be a woman to be on one, really.

Yes, but the guys don’t bunk with the girls at cheerleader camps.

“sent home to the Waco area”. Well, that explains a lot. Maybe a David Koresh escapee?

Amazing. An adult male assaults a minor female in front of witnesses because she calls him out on his delusions, confronts and bullies the victim on camera and posts the incident yet the police do not arrest him but issue a misdemeanor citation. This same adult male then proceeds to lie about the incident claiming the citation was for “verbal assault” and is caught in the lie. Medlock is clearly mentally ill and violent. He should be in jail and under psychiatric care while Jones and Ranger obtain a restraining order and definitely not wandering the streets of Waco.

number crunch The Emporer Has No Clothes! Only a child can see it and say it! https://imgflip.com/i/2gjhmk

And in this case, the cloths are a size 4XL cheerleader uniform.

There are lots of fundamental differences between boys and girls, and methods of conflict resolution are among them. Boys tend to physically beat the shit out of each other as a means of establishing the pecking order, especially in competitive environments. Girls, not so much. This trans thing is a social contagion, and it’s ruining a LOT of lives. The people pushing it need to be held accountable.

Very strange use of the term she for this man.

You don’t turn into a woman by chopping your member off putting perfume on and injecting yourself with drugs.

Why is a 25 year old whatever it is, in cheerleader camp in the first place?