The Alarming Ideological Capture of Our Scientific Institutions

The Alarming Ideological Capture of Our Scientific Institutions 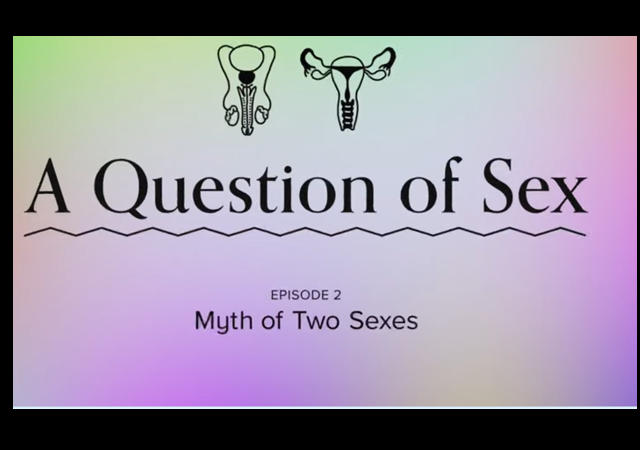 Earlier this summer, Professor Jacobson reviewed the ideological capture of our military institutions. In his piece, the focus was on Critical Race Theory and the implementation of Diversity-Equity-Inclusion programs that target conservative service members and weaken our national defense.

I would now like to review the troubling impact that redounds from the ideological capture of our scientific institutions. The fallout is no less serious, and I fear that we are on the leading edge of a tsunami of unintended consequences that we cannot even begin to fathom.

One of the most significant issues related to media-supplied information scientific news, discoveries, and theories, is that few journalists and pundits have any advanced education in physical or life science, statistics, engineering, or other technological degrees. Therefore, the focus of the stories will be on the approved narratives and regurgitation of “facts” that could be properly challenged by other sources and data.

The ideological capture of journals like Scientific American–institutions that have heretofore been scrupulously truth-seeking and ideologically non-partisan–is a truly ominous sign of our times. https://t.co/G33twv1buH

The piece is in support of a documentary created by Meghan McDonough is a filmmaker and journalist based in Brooklyn, New York. The documentary asserts that “Normalizing” infants’ and children’s genital appearance to match a sex assigned in early age isn’t medically necessary and can negatively impact quality of life.

One of the episodes in the series is entitled the “Myth of 2 Sexes.” And so while it is true there are a genetic issues that can impact individuals, 99.982% of people will clearly fall into one of two genders (sexual preferences aside). However, the title certainly is edgy and in keeping with today’s preferred narratives.

The documentary is filled with LGBQT platitudes, and as an extra bonus, there is a dig at Western Culture at about five minutes into the clip.

While it is good to support the best care options for those with genetic issues, entitling two genders as a “myth” while there is a push to promote transgender surgeries among children is disturbing. And dangerous.

Research reveals, for example, that pediatric transition delivers poor or no mental-health improvements for those who undergo it. The cancer drug used off-label to halt puberty has been shown to cause shocking side effects, such as stunted growth, cognitive impairment, brittle bones and even blindness. And of course once a surgeon has cut your teen daughter’s healthy breasts off, they ain’t growing back — even if she changes her mind later on.

I am looking forward to the Scientific American piece of transgender surgery harm. Surely there is one upcoming.

I did a deep dive into McDonough’s education background, to determine what science expertise she might bring to “Scientific American”. Here is McDonough’s resume, and here is a summary of her education from LinkedIn.

Without the scientific background, there isn’t the experience to know when to research and find alternative sources with different data. Take, for example, the documentary’s assertion that the number of intersex people is 1.7%. According to the Journal of Sex Research, that number is a little high (emphasis mine).

Anne Fausto-Sterling s suggestion that the prevalence of intersex might be as high as 1.7% has attracted wide attention in both the scholarly press and the popular media. Many reviewers are not aware that this figure includes conditions which most clinicians do not recognize as intersex, such as Klinefelter syndrome, Turner syndrome, and late-onset adrenal hyperplasia. If the term intersex is to retain any meaning, the term should be restricted to those conditions in which chromosomal sex is inconsistent with phenotypic sex, or in which the phenotype is not classifiable as either male or female. Applying this more precise definition, the true prevalence of intersex is seen to be about 0.018%, almost 100 times lower than Fausto-Sterling s estimate of 1.7%.

The lack of scientifically or technically trained members in media is only one problem. There are others: Denying funding to scientists whose research challenged “settled science”; deplatforming scientists, engineers, and technical professionals who go against the narrative; denial of tenure, promotions, or hiring because research doesn’t meet the currently approved world view.

I have explored many of these issues in previous posts. To conclude this one, I will share Fox News Channel host Tucker Carlson exposing the side effects of the COVID-19 vaccine, which has information that has been suppressed in social media and not promoted in news media.

Well, in July, the German government put out a Tweet stating that at least one out of every 5,000 COVID shots causes “serious side effects.” One in 5,000. Really? This is a shot that was taken by hundreds of millions of people, including in this country. What effects are they actually talking about? Well, those would include decreased sperm counts. The journal Andrology reported in June that there was a 22% average drop in total sperm count in samples taken 3 to 5 months after the second Pfizer dose of the vaccine….

Decisions that are not fully informed, or worse, based on bad science can be dangerous. Truly, the ideological capture of our scientific institutions is alarming.

I think this has been going on a lot longer than you seem to think. Example: The tweet about Scientific American describes it as having “heretofore been scrupulously truth-seeking and ideologically non-partisan”

It hasn’t been that for at least 30 years. It has been that long (or more) since it started pushing global warming hype, in contradiction to the known facts.

To repeat: There’s nothing in the least new about scientific “institutions” acting in highly partisan and dishonest ways.

Agreed. For years I was a avid reader of SciAm. But then the last editor upholding the vision of a scientific magazine with numerous articles written by prominent academics or professionals in the field for the promotion of scientific literacy of the American public, Jonathan Piel (years 1984 to 1994), retired leaving me and others apparently abandoned to a glossy magazine with mostly weak report articles written by staff or contract journalists. Every time I glance through the latest issue in the library, my disappointment is renewed.

Unfortunately this latest article comes as no shock.

I fervently hope that someone will become the editor and actually preside over a rejuvenation of this once great magazine.

I gave up in SciAm decades ago. It went badly political. As bad as NatGeo.

/SciAm. Aren’t we now supposed to call it Thailand?

Today SA would accept articles extolling the benefits of Lysenkoism.

Agreed. One just has to read their blatant misinformation about guns and gun ownership to realize that they have been neither scientific nor American for decades.

American science is gravitating to Lysenko in the same manner that American education is gravitating to Goebbels. The biggest joke is that nobody seems to realize that Democratic Socialists are semantically indistinguishable from National Socialists.

Lysenkoism is required by authoritarians. No truth can be allowed that is independent of the politburo. There for approved science and science that tell the politburo what they want to have be true.

I’ve never been able to understand a single article in Scientific American.

cited by Coleridge as a bad way to root a tree of living things, somewhere in The Friend.

Sex is genetic: male and female. Gender is sex-correlated attributes that evolve from conception: masculine and feminine, respectively. Equal in rights and complementary in Nature/nature.

The transgender spectrum characterizes narrow bands of a state or process of divergence from normal.

Science in pursuit of lying is still lying.

It might have been interesting if they stayed focused on the actual intersex folks. Cramming gender theory up against a genuine chromosomal anomaly, as if they share anything in common besides John Money harming children, is absurd.

Interesting, isn’t it? It has as much scientific validity as an article on clinical mental deficiency spending more than half its word count surveying students at clown colleges.

It is. I didn’t realize Money was also critical in developing the practice of surgically altering the genitals of those deemed “ambiguous.” From that perspective the practice of “assigning” a gender does seem to have some critical flaws, especially, though not exclusively, in the absence of genetic testing.

I might have left it at “few journalists and pundits have any advanced education” – except perhaps for “Doctor” Jill.

An advanced education and an advanced case of Education are two different things.

This is the biggest story and issue in the country.

Scientific American is neither

What it is is extremely influential.

“Scientific American” has had Unscience Woke drek in it for some time now. I see it on the shleves in bookstores and am aghast.

Journalism of nearly every stripe has fallen prey to the “Progressive” ideal. Which means lying to promote the politics.

Whether it’s science, business, education, whatever, what is most confounding to me is that all this malfeasance is viewed as one looks at a buffet restaurant…piece by piece, when indeed it is a many course meal all laid out thoughtfully and with great malice by those who wish to destroy (what’s left of) the idea that is America.
Are we so afraid of being labeled conspiracy theorists that we aren’t working furiously to locate the head of this monster that we may neutralize it?

This isn’t a sudden pivot, as others have pointed out. I started reading it in the late ’70’s, and it was unmistakable to me when Reagan was president and they came out HARD against missile defense. They stated flatly that it would never, never be possible to develop any such technology, no mater how long or hard the effort, and moreover, it was bad policy. Policy isn’t science, and science isn’t policy. Even at my relatively young age, that was a giveaway. Then gun control, and other social issues they weighed in on, and always on the left-wing side. Always.

Scientific American was lost long ago; today it seems far beyond recovery.

I’d be more worried about the political capture of some of the world’s most prestigious scientific journals. For example, Nature.

Consider this editorial in Nature Human Behavior, “Science must respect the dignity and rights of all humans: ”