“The power some white people want to hold onto is a power of narrative.” 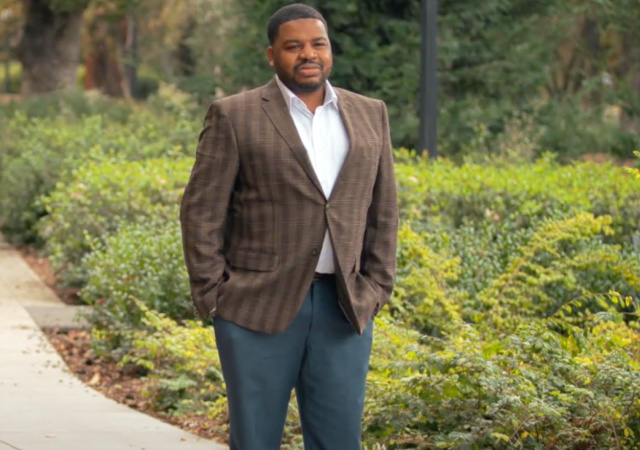 Everything is racist and white supremacy. From The College Fix:

A political science professor from Stanford University recently compared the South’s “Lost Cause” to the so-called 2020 election “Big Lie” and January 6, 2021 “insurrection” at the U.S. Capitol.

The Lost Cause, NPR notes, is the “racist myth that justifies chattel slavery, [the] false story of generous slave owners and happy slaves” and the Civil War not being about slavery but states’ rights.

Like the Lost Cause, the “Big Lie” that Donald Trump actually won the 2020 presidential election is “a drive to protect a racist order” and “meant to justify — and at the same time deny the existence of — violence meant to preserve white power,” according to Professor Hakeem Jefferson (pictured).

That most involved in the Capitol riot were white means their actions were a “racial backlash … against the very perception of racial progress and the idea, unrealized though it may be, of multiracial democracy,” Jefferson said.

It is also about the power to tell a narrative of one’s self and one’s identity group […] The power some white people want to hold onto is a power of narrative.

Then what does it mean that most involved in any Antifa riot are also white?

In the series, Boardwalk Empire, there’s a particularly malignant character, Gyp Rosetti. Nothing ever pleased the guy. He murdered people who voluntarily helped him. At one point, the main character accused him of being offended by a bouquet of roses.

People like our guy, Hakeem, will always be offended by anything white. Validity of offensiveness is irrelevant. Whiteness alone is the sin, and atonement is impossible.

The main take-home message here for high-school students and their parents should be: recognize that when looking at colleges and universities to scope out one that might be worth attending, forget about their reputations earned long ago. Instead try to find out the degree to which race and politics have been used over the last 5-10 years to select new faculty members.

That’s info that is hard to find. The best sources are not the slick websites and brochures from the college and unversity administrations themselves.
Better to google widely on the internet, looking for stories in student newspapers, Minding the Campus, Foundation for Individual Rights in Education (FIRE), National Association of Scholars, Campus Reform, Legal Insurrection, etc.. Try to access the webpages for each university that give the detailed instructions and criteria to be used in hiring. Are they mostly hidden? Does the unversity explicitly state its adherence to the letter and spirit of the 1964 Civil Rights Act?