Sky News UK: “The head of RAF recruitment has resigned in protest at an ‘effective pause’ on offering jobs to white male recruits in favour of women and ethnic minorities, defence sources have claimed.” 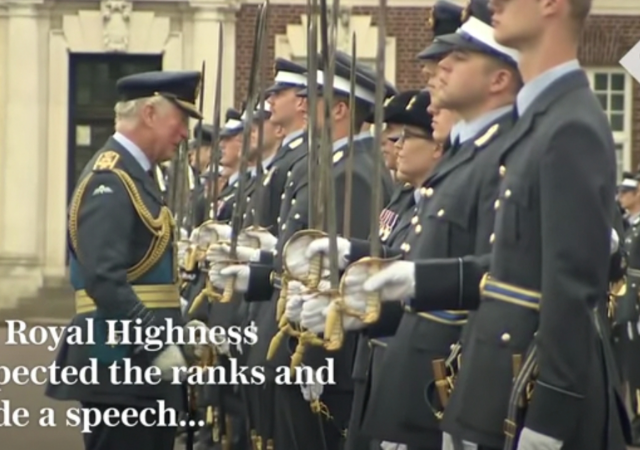 The move to discriminate against white men to make place for more “women and ethnic minorities” reportedly triggered a protest within the ranks of the RAF. The head of the air force recruitment, a female officer herself, stepped down from her position in response to the measure, the UK broadcaster confirmed.

The UK’s woke gender and racial ‘diversity’ drive is not limited to the RAF alone. The government is pushing all three branches of the British armed forces to make recruitment decisions based on gender, race, and ethnicity.

“Successive governments have been challenging all three armed services – the RAF, the army and the Royal Navy – for years to improve their diversity statistics in what has traditionally been a predominantly white, male profession,” the broadcaster added.

The head of RAF recruitment has resigned in protest at an “effective pause” on offering jobs to white male recruits in favour of women and ethnic minorities, defence sources have claimed.

The senior female officer apparently handed in her notice in recent days amid concerns that any such restrictions on hiring, however temporary and limited, could undermine the fighting strength of the Royal Air Force (RAF), the sources said.

They said the service was attempting to hit “impossible” diversity targets.

The defence sources accused Air Chief Marshal Sir Mike Wigston, the head of the RAF, of appearing willing to compromise UK security at a time of growing threats from Russia and China in pursuit of albeit important goals such as improving diversity and inclusion.

One of the defence sources noted how General Sir Patrick Sanders, the head of the army, has likened today’s security challenges to those in the build-up to the Second World War, warning that the UK is facing its “1937 moment”.

“Then you look at the head of the RAF and he’s prepared to break the operational requirement of the air force just to meet diversity [targets],” the source said. (…)

It is a goal championed by defence chiefs. Admiral Sir Tony Radakin, the head of the armed forces, used his first public speech in-post last December to stress the importance of striving for better diversity.

The MOD has announced it aims to increase the ratio of female recruits coming into the armed forces in general to 30% by 2030 from around 12%.

The RAF – which was the first of the services to open all roles to women and already has the highest ratio of females – is aiming to go further. It wants the ratio of female air force recruits to hit 40% by the end of the decade – more than double the current level.

The target for ethnic minorities is to reach 20% of all air force recruits within the same timeframe, up from around 10%.

While British and European politicians have failed to build up their militaries — expecting the U.S. to pay the lion’s share for the continent’s defense, they have turned their armies into guinea pigs for woke social experiments.

The British political and military leaders are promoting a ‘diversity’ campaign that has already failed miserably in other Western nations. The British Armed Forces, which once truly ruled the waves and heroically repulsed the Nazi war machine, are now a mere shadow of their former self. The situation isn’t much different in the rest of the Western world.

If British military planners want to see where these woke defense policies lead, they just have to look across the English Channel at Germany.

Under Chancellor Angela Merkel’s 16-year reign, the Germany Bundeswehr was stripped bare of its military capabilities. As the Russian military marched into Ukraine in late February, the Bundeswehr chief, Alfons Mais, admitted that the country’s armed forces had been completely hollowed out.

“The Bundeswehr, the army that I am privileged to lead, is more or less bare,” Mais said in the face of Russian aggression. “The options that we can offer the politicians to support the alliance are extremely limited.”

The Bundeswehr isn’t just ineffective as a fighting force. As its generals lament, the military is getting infested with jihadis and terrorists as its ranks get more ‘diverse.’ According to the German military intelligence agency (MAD), Islamic terrorists of German nationality were using the Bundeswehr military service to get trained in handling heavy weapons and combat tactics.

Racism, by any other name, is still racism. They just can’t help themselves. Why don’t they just draft or conscript the minorities they want and save us all a lot of racist deception.

Especially when it is systemic, as the left has made it. All their finger pointing is/was purest projection.

Just like here, there are still a few alive that fought WWII, but wonder why.

I have always found it to be a great idea to suspend hiring people who actually want to work for you to make room for people who don’t.

Clearly, it is the only way to get enthusiastic, committed volunteers.

The conquest of Britain by Islam. Germany is even farther along that path.

Along with most of Europe. During the previous invasion, they fought back. This time they have the welcome mat out.

Britain remains slightly ahead of us in the race to national suicide.

About 25 years ago, I applied for a teaching position. There were 80 applicants. Some said that I wouldn’t get the job because the district wanted to hire a black male (I am a white female). Fortunately, my experience and qualifications were strong enough to earn me the job.

You were very lucky. Best candidate should win, and only teaching credentials should count. Anything else is part of the systemic racism they put in place to fight systemic racism (and sexism, ageism etc.).

I keep hearing about a huge teacher shortage and laugh. My response rate has been weak, but what you expect from an old white guy with tons of experience.

Remember the good old days when the role of the infantry was to close with and to kill the enemy where ever and when ever they can be found.

Not a lot of infantry in the RAF.

When did military service become a government jobs program?

The whole point of such programs is to get money in people’s hands so they can spend it and revive the economy. No one really cares if the jobs consist of a first shift that digs holes and a second shift that fills them in.

Do you really want your country’s military to have no purpose beyond providing jobs (and perhaps no competence beyond digging and filling in holes)?

As I understand it, 80% of the population of the UK is what is referred to as white [Western European ethnic origin]. Let us ponder what the second order effects of a freeze on the recruiting of said whites, for jobs that might get you killed.

This freeze may in fact be temporary. But if you are a white male Brit who is choosing his future; let us say that their consideration includes the military. Here is a job where you are underpaid, socially looked down upon, and risk your life and family’s security with no control over your fate, As a member of the military your culture is the military culture. Respect and worth is supposedly outwardly measured by promotions and assignments.

Now, you have just seen that those in charge are ready and eager to discriminate against you just because you are a white male. Despite any promises otherwise, are you going to believe them when they say that in the future you will be promoted solely on merit, or is it going to be in the back of your mind that no matter how well you do that as a white male you may be discriminated against at will, repeatedly, for political convenience regardless of your merit?

Adding in that consideration, does that increase or decrease the odds that you will sign up?

Stay in school, work hard, get into a good college, get good grades, stay out of trouble, and then the payoff: when you graduate some Lefty politician will ensure that the job you’ve been trained for is handed to someone else entirely based on the color of their skin.

This is NOT a victimless crime.

Sex is binary: male and female. Gender is binary: masculine and feminine (e.g. sexual orientation), respectively. The transgender (i.e. state or process of divergence from normal) spectrum is exclusive and dull.

my father served in the skies over europe–he became friends with many of those who served in the raf at the time(and, also, lost a lot of them to the war)–he never shared very much of his experience there but he always spoke with admiration for the bravery and honour of the brits in the air service (and also of the canadian volunteers, whose courage humbled everyone)–akin to the royal navy (though not nearly as old), the traditions of the raf stretch back a long way