“settled a legal battle with the university by accepting a $95,000 payout and agreeing to retire” 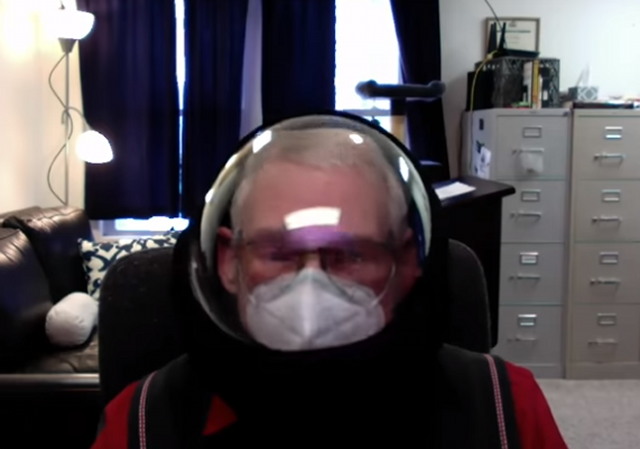 Back in January, Professor Barry Mehler of Ferris State University called students “vectors of disease” during a strange rant.

He then sued the university for suspending him.

He has now reached a settlement with the school.

Professor settles for $95,000 with university after profane rant video

A Michigan professor who was suspended after telling his students they were “vectors of disease” in a profanity-laced video has settled a legal battle with the university by accepting a $95,000 payout and agreeing to retire.

Barry Mehler, a former professor of humanities at Ferris State University, also agreed to a gag order that would see him have to pay the school $60,000 if he criticizes it over the next three years, according to the settlement documents, recently obtained by the Associated Press.

Mehler, 75, sued Ferris State after he was suspended for posting a wacky 14-minute rant on YouTube at the start of the semester in January that touched on COVID-19, plagiarism, academic performance, Native Americans, cigarettes and the HBO series “Deadwood.”

A judge refused to reinstate him, leading Mehler to retire as part of the settlement reached in March, rather than face possibly being fired.

“You people are just vectors of disease to me,” he said in part of the clip. “and I don’t want to be anywhere near you.”

Mehler, who wanted a COVID vaccine mandate at the school, said he would not take questions in class in order to keep a $300 astronaut-like helmet with air filters on “in order to stay alive.”

“I don’t know whether you people have noticed, but it’s dangerous to breathe the air. Many of your experts are advising wearing masks because there’s a deadly virus spreading around the planet,” Mehler, who taught history, said in the video.

“Your civilization is collapsing, and life on your planet is going extinct. Maybe you just didn’t notice, but the level of suffering on this planet is going through the roof,” he continued.

The professor has a right to be bleeping nuts, but she doesn’t have the right to not answer questions from her students regarding the subject matter she is teaching.

It was just his reactionto seeing all the dead bodies lying around on the quad waiting for the “bring out your dead” cart to come along. Makes perfectly good sense.