“For delaying making the payment, Oberlin has added on $4 million in interest to the original judgment of $32 million, raising the cost to $36 million.” 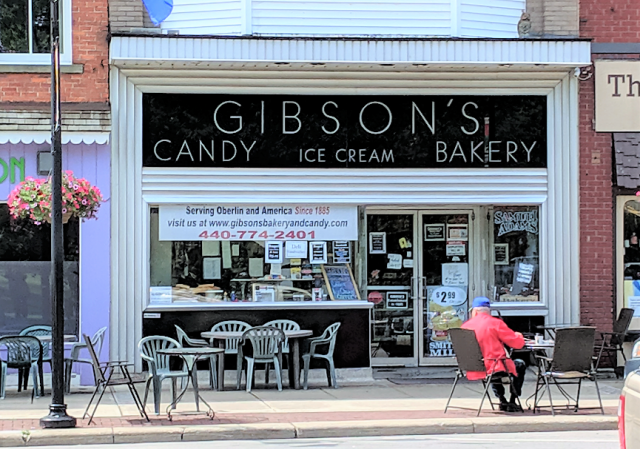 How is Oberlin getting away with this? When does Gibson’s Bakery get what is owed to them?

The historically liberal Oberlin College, located in Oberlin, Ohio, is still refusing to pay up for defaming Gibson’s Bakery as racist in 2016.

The college, which is financially underwater, has now asked the Ohio Supreme Court to halt the multi-million dollar judgment while it appeals the decision for the second time. Earlier this year, the Ninth Ohio District Court of Appeals upheld a jury’s finding that Oberlin committed libel, slander, and interference with business relationships against Gibson’s after it encouraged student protests over a bakery employee’s pursuit of a black student who had shoplifted.

For delaying making the payment, Oberlin has added on $4 million in interest to the original judgment of $32 million, raising the cost to $36 million. Handing over the $36 million will have enormous ramifications for the financially struggling institution, which had a deficit of $44.7 million in 2020 and whose monetary woes stem back years. The college also had a deficit in 2017, which forced it to institute a rescue plan.

The president of Oberlin, Carmen Twillie Ambar, has been defiant in the face of the judgment and has continued to deny any fault on the part of Oberlin. Unwilling to accept the jury’s decision, Ambar said in 2019, “This is not the final outcome. This is, in fact, just one step along the way of what may turn out to be a lengthy and complex legal process.”

She added, “None of this will sway us from our core values.”

Last week, Gibson’s begged the trial court for speedy relief, saying that it will go out of business in a matter of months unless there is a substantial change in circumstances.

“The Gibsons are in need of speedy justice and an end to Oberlin’s delay tactics,” it said. “Oberlin and its bonding company are now trying to outlast the Gibson’s, fulfilling their threat to delay justice as long as possible.”

The case emerged from a November 2016 incident in which a black Oberlin student attempted to shoplift two bottles of wine from the bakery. When the store clerk attempted to take his picture to show to police, the student slapped the clerk in the face. The clerk pursued the student and tackled him. Two of the student’s friends, who were also black students at Oberlin, responded by assaulting the clerk with the help of the shoplifter.

Police arrived when the three students were kicking the clerk, who was lying helpless on the ground. The students all pleaded guilty.

Oberlin students erupted in protests over the incident, alleging that the Gibson clerk had racially profiled the shoplifter. The jury found that the former dean of students, Meredith Raimondo, attended the protests and handed out a flyer that said, “This is a RACIST establishment with a LONG ACCOUNT of RACIAL PROFILING and DISCRIMINATION.”

What they need is some seriously punitive legal decisions. Let the lawyers take the grave, and they will put some serious effort into it.

Oberlin, from the Greek word for “scum.”

If Oberlin doesn’t want to fork over the money, can’t the state foreclose on some of its property to make Gibson whole?

There’s no need for that. The money is in escrow, waiting to be paid, and there’s an existing court order to pay it. As I understand it the only thing that’s missing is an order from the court to the company holding the money, telling them to release it to the plaintiffs. The Gibsons have asked for that order to be issued; Oberlin has asked the court to stay the order to pay, pending its appeal. The court has not yet done either of those things.

Well, their core values are shoplifting.

I recall that it was reported that Oberlin tried to get incidents of shoplifting reported to the college instead of to the police.

Kroger, a major Midwest grocer and retailer, had pretax net income of 2% of revenue, versus 30% for Apple. Perhaps Oberlin should provide an orientation to incoming students such that they would understand that shoplifting can be the difference between profit and loss for little retail stores that are typically in much more precarious shape than a Kroger; and that violations will have material consequences.

What is taking the Ohio Supreme Court so long in deciding whether to hear the case? The appeal was months ago.

What’s up with their bonding company, or escrow company, or whatever they are, for this very case? Doesn’t that mean anything anymore?

Zurich American Insurance underwrote the bond, I doubt they are in any hurry to pay.

No doubt, but the company exists precisely for this function, which is to pay when the insured doesn’t want to pay.

Exactly. I imagine they are simply waiting for a court order addressed to them, instructing them to release the money. If I had that much money sitting under my control I’d be very nervous about giving it to someone without a court order telling me to.

Oberlin has a billion dollar endowment. $36 million would not put much of a dent into that sum. Pay up, scoff-laws!

I see Zurich American filed a reply brief, opposing the Gibson motion to execute on their judgment. Why would the court entertain a motion from Zurich, a non-party to the litigation? If Oberlin has a reply, let them say so. The court really is looking bad here. The suit is five years old, the judgment is three years old and the appeal judgment was clear. The court has no business extending this litigation so unjustly, and who cares what Zurich has to say anyway? They have a contract with Oberlin and have nothing to do with Gibson’s, except to wire money as instructed by the court.

Where is the court on this?!