“Many POC members moved here to be able to avoid white violence and presence, so respect their decision of avoidance if you bring white guests.” 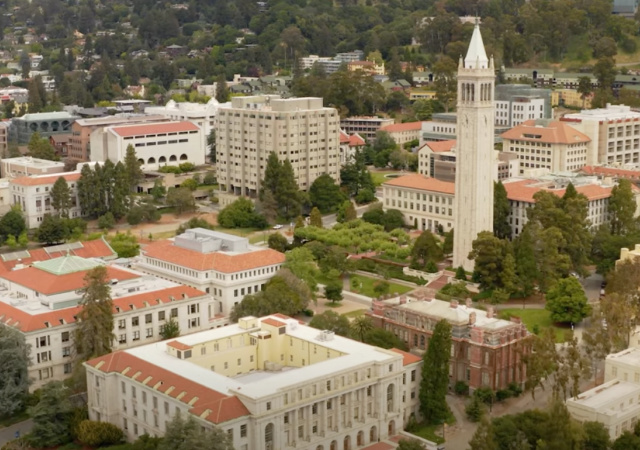 The Person of Color Theme House is a private housing co-op off campus for people at UC-Berkeley. It’s meant for “low-income, first generation, immigrant and marginalized students of color.”

But you cannot even bring white people into the common areas. You must alert the residents if you want to bring white people to the house: “Many POC members moved here to be able to avoid white violence and presence, so respect their decision of avoidance if you bring white guests.”

White guests are banned from the common spaces at the Person of Color House, an off-campus housing option for Berkeley students, according to a photo of the guest rules recently posted on Reddit.

The POC House intro states in part that many members moved in “to be able to avoid white violence and presence.” When students do bring a guest, the rules direct them to announce it in the house guest chat and note “if they are white.”

But it’s not just white guests who are unwelcome.

So these lower life forms have been so protected by the white tribe and filled with their fictional white hate history they now believe using racism to combat racism is an acceptable behavior. Thus, these children are being led by entities from the tribe working the new world order agenda (mainly central bank money junkies who hate European white people unless they are using them for their sexual fantasies via rape/sodomy) Fighting fire with fire at this stage is one way to slap them back into reality….. Close off sections of the university to people of color allowing only white people in…… See how long it is before these spoiled limp noodle kids will be crying, yelling & gnashing of teeth to get back their freedom to enter etc…..

So the white guests are presumed to be violent and troublemaking without cause other than the fact they are white.

I wonder what would happen if someone did that to blacks…? What would they call it?

I am thinking of a word…

It’s all those people walking backwards into blacks and slamming their heads into the hapless black’s fist.

Maybe we need to start banning certain groups from certain areas. How about excludinf for criminal history, that would not be racist in the least, but some gropups would have to be excluded at much higher rates.

Well, if you’re going to have a “person of color” house, it only makes sense to ban people who don’t fit the category.

To put it another way: Why is anyone surprised that an explicitly racist institution behaves in a racist way?

The reason to be surprised is that these places are supposed not to actually discriminate, or at least not admit that they’re doing so. They’re supposed to stay just inside the line of the law, or at least just outside the reach of prosecution or a lawsuit. This place just broke that rule. Setting up a lawsuit would require finding someone with standing, and that can be complicated and take a while, but sooner or later one will be found and the jig will be up. (Can we still say that?)

Illegal on its face–being woke has its costs

Avoid white violence? or white presence? One is racist and the other is a racist fairy tale…so which one are you: delusional, racist, or both?

Start a whites-only di and DARE anyone to do anything about it.

This is the only way that we can fight this kind of nonsense. The days of being polite should end.

That’s what I always say, apply the test: switch white and black and see if the left comes out screaming. They will, proving it is selective, systemic racism.

They will come after you for that, and when you point to the black version they will say you should have gone after it, and it’s your fault for not doing so. What you need is to first get them on record as not having a problem with the black version, and then set up the white version and dare them to do anything about it.

Of course such discrimination is wrong in either direction, but sometimes you have to fight fire with fire.

I agree with all but your last paragraph. I still believe in freedom of association. That’s a two way street.

Freedom of association means you should be free to discriminate. Not that you should actually do so.

It’s outrageous but theoretical as far as I’m concerned. It’s more likely that I will sprout wings and rocket engines and set out for Neptune before I will want to hang out in a black-only house in Berkeley.

It is not even Whites “in the back of the bus” these days – not on the bus at all.

“The Person of Color Theme House”
Thanks. Now I have an earworm of Al Jolson’s “Mammy.”

But… I identify as black. You mean I can’t go there? Shawn King

What they are doing sure seems wrong, but in a way, I get it. I’ve recently retired and moved back to the US. I’m not sure yet where I will settle, but I do check the demographics of every city or county that interests me, and every locale that is more than 5% black is checked off my list of places to consider. People can call me any name they wish, but I call myself a realist.

I don’t blame you.

The administrators implenting this policy need to think up of a better excuse for their overt discrimination than white violence against blacks. Doesn’t anyone ever look at the FBI Uniform Crime Reports’ data? Blacks need to be protected from black violence against blacks far more than white violence. But, just maybe, the administrators really want to protect whites from black violence? But they can’t say that, so they the opposite.

But, because it’s private property it shouldn’t be.

Maybe so, but it is, and the owners very much support these laws, so they should be hit with them to the maximum extent of the law.

Well then, think of it as protecting white people from black violence.

“Many POC members moved here to be able to avoid white violence and presence, so respect their decision of avoidance if you bring white guests.”

Yet 70 years later, in one generation, here we are.
How are these Amendments and Federal laws NOT being enforced?
We are going backwards as a nation which allows those who consider breaking these rules and laws a legal right. The current progressive movement is working hard to get back to post-WWII when people of colored began calling out segregation as immoral and un-American. The battle was fought against Democrats and now currently carrying the name Progressives as they (illegally) battle in claiming in order to move forward as a country they need to put those of color back in a seperate box and paint a “Equality” label on it. It is simply another method of re-establishing segregation. Divide and conquer.

This is about as racist as racist can be. It makes me sick. All the work done to try and bring equality to EVERYONE and the people who had been victims are now the perpetrators. Its a sad sad reality.

White violence what a joke. You are racists. White, black and every color in between doesn’t everybody know by now. You are at UC Berkley the school should be educating the facts that were proven years ago. We are all one people. We are all one race. The human race. What the hell is wrong with everybody. Its shameful. Its ignorant of the facts. There isn’t no white people brown people black people or whatever. We are all just PEOPLE. I am heartbroken seeing this. My Grandfather went with the NAACP and stood up to Berkley to get the first Black students admitted to Berkley. Im white. I spent Much of my youth in Richmond where i was the only white kid on the block. Nobody gave a fuck what our skin color was we were just kids and we played the games kids played. People got to get over this shit. The only way to move past it is to let it go and move past it. There will always be some ignorant people who still buy this shit. So let them. They are not important. DNA proved we are all the same race so let them be ignorant of the facts. But nobody who knows the truth should ever allow what O am seeing here in this article “the violent white people”. What utter garbage. If you believe that nonsense you belong with the rest of the racists. Because you have knowledge at your fingertips but you choose to follow ignorance. I am so sad. All the hard work is being smothered out of existence in favor of ignorance and racism. My heart is broken.

Considering it’s about the most draconian state in what’s left of the Union; what else are you expecting to belch forth from Commie-fornia? There’s a reason people are evacuating from Cali in droves (They’ll be glad they did once the mega-quake shatters what’s left of the state that doesn’t sink into the depths of the Pacific into pieces.)

California used to be a beacon of light and classical liberalism; San Francisco was once one of its crowning jewels. I went there a year ago to visit a friend; IT’S AN UTTER CESSPOOL….LITERALLY. Syringes litter the streets, and if you aren’t careful where you step—forget about dog-poo—you’re more likely to end up with human feces on your shoes.

(On that note, I’m not even gonna go into the state of L.A. Many living in Cali are pushing ‘Cal-exit’ and succession. Again, continuing on your current trajectory, you won’t have to., You’re well on your way to outdoing Mexico and even worse-off third-world nations concerning the poverty, strife, and reprobation existing there.)

Democrats. Centuries now of White Supremacy. Still believe blacks are inferior, incapable of college work. Only now, they are treated as some kind of pet who needs their enlightened Democrat protection rather than the murderous genocidal hatred they manifested, not that very long ago.

So, in order to not have any White people around, they already have to ban White people from renting from them. Isn’t that housing discrimination by definition?