“The school claims the initiative was proposed and led by students. However, faculty members have been vocal in their support and assistance to the cause.” 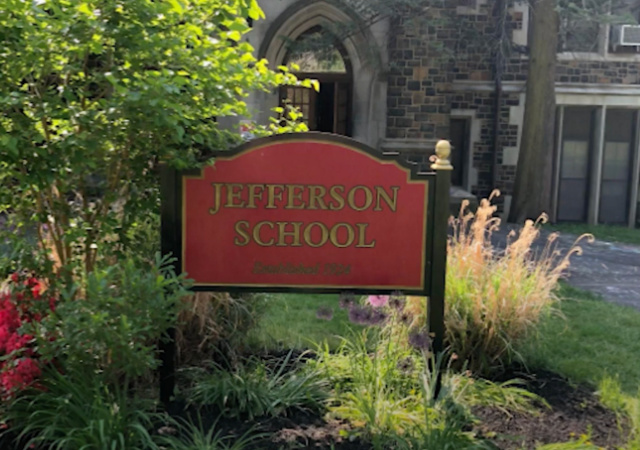 Jefferson Elementary School in South Orange, NJ, will have a new name after the district spent a year trying to remove Thomas Jefferson’s name from it because he owned slaves.

The name was selected by the student body from a list of choices. Many of the proposed names were of individuals related to the local area while others had no reference to a person living or dead.

The school claims the initiative was proposed and led by students. However, faculty members have been vocal in their support and assistance to the cause.

“I want to make that point that Thomas Jefferson owned over 600 slaves,” board member Qawi Telesford said at a June meeting on the issue. “He freed two while he was alive and seven after he died, which basically means I have a 1.5% chance of being free in Thomas Jefferson’s world. So, I am not thankful to him. I am thankful to the people who made sure that I could actually be free and be on the board with you today.”

Perhaps some white students should stage a sit in.

They should but won’t.

They should have renamed the school after George Floyd. He accomplished so much more for America, /s

Floyd helped the banking insdustry. Think of the construction loans written as a result of the “celebrations of his life” throughout the country.

Besides, it take a lot of time to change all the MLK boulevards, schools etc. to their St. Floyd suboptimal equivalents.

MLK Jr. believed in equality, which eschews racism, not equity, which absolutely requires it.

Next: they will be scraping Jefferson’s name off the Constitution

They won’t have to — it’s not on it.
He was ambassador to France the whole period and had nothing to do with its drafting, debates, or adoption.

I stand corrected. I guess that is why I teach science and not history!

But my point stands.

“The school claims the initiative was proposed and led by students. However, faculty members have been vocal in their support and assistance to the cause.”

“Listen to that,” said the man in a red cloak, “one animal says another animal told it to do something.”
— Cordwainer Smith, “Norstrilia.”

“I am thankful to the people who made sure that I could actually be free and be on the board with you today.”

how “progressive” of the students (under the coercion of the “faculty”)–so appropos in choosing the name for a “school”–instead of keeping the name of one of the greatest minds ever to live in the western world let’s name it after a high-school graduate who, other than being black and female, penned an essay in 1912 relating the woes of not being able to vote (among other things) as she was black and a woman–and, eight years later, along comes the 19th ammendment–what an exceptional person she must have been–what an example for us all

and of course jefferson, over 150 years before, well he only managed to draft the declaration of independence

How about calling it the Lavrentiy Beria School? That’s just about right.

They will change the name from Thomas Jefferson to Delia Bolden, the first black woman to graduate from nearby Columbia High School in Maplewood.

That doesn’t make any sense. Why honor somebody from another school? Let Columbia High rename their school after her.

And perhaps rename Thomas Jefferson after the first black person to graduate from there. Honor someone from your own school.

But of course, neither black nor white people are native to America. And so, in a few years the school will have to be renamed after the first Native American to graduate.

The Board’s statement that Jefferson was committed to upholding the institution of slavery reflects such profound ignorance or dishonesty that it should disqualify them from making any decisions regarding the removal of his name. Jefferson’s Declaration, his work toward preventing the expansion of slavery in the northern half of the western territories, and his signing of the statute that ended the transatlantic slave trade in America prevented countless human beings from ever becoming slaves, and laid the groundwork for slavery’s eventual eradication. And there are a litany of reasons why Jefferson and the other founding fathers thought that emancipation had to occur gradually rather than through mass manumissions of their slaves. The Board, and the American public, should learn them.