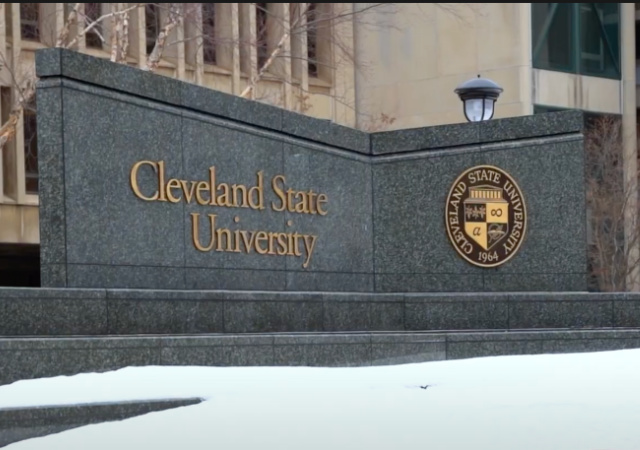 A federal judge ruled that Cleveland State University violated a student’s Fourth Amendment right when scanning his room before a remote test.

A federal judge this week sided with a student at Cleveland State University in Ohio, who alleged that a room scan taken before his online test as a proctoring measure was unconstitutional.

Aaron Ogletree, a chemistry student, sat for a test during his spring semester last year. Before starting the exam, he was asked to show the virtual proctor his bedroom. He complied, and the recording data was stored by one of the school’s third-party proctoring tools, Honorlock, according to the ruling documents.

Ogletree then sued his university, alleging that the room scan violated his Fourth Amendment rights protecting U.S. citizens against “unreasonable searches and seizures.” In its defense, Cleveland State argued that room scans are not “searches,” because they are limited in scope, conducted to ensure academic fairness and exam integrity, and not coerced.

While this is a reasonable decision, the fallout will be … interesting. For example, I could give an online exam and offer students a choice: take the exam at home or at a local library or other public facility. Either way, the room will be scanned. If you don’t want your house scanned, go to the library. No library? Go to the police station, or a Starbucks.

Students have learned how to cheat these pretty easily…envirocheck or no envirocheck. My guess is that the student only sued because they were caught cheating and needed this to be reinstated and have their academic record expunged.

I’m not sure how I understand this to be a 4th amendment violation when the school is not a criminal justice organization. In fact, the student’s participation in the search is voluntary, even if coerced or pressured.

Just for context, if a law enforcement officer asks you to search your home, even persuasively, and you allow the officer to do so, it is my understanding that you cannot sue under a 4th amendment violation.

Fair enough….and the second point about consenting to the search by actually performing it himself?

To be clear, I’m basing this on indirect, personal experience not a knowledge of the law and that may be a problem with my line of thinking.

When I was in college, I had an apartment with an idiotic roommate. Said roommate had yelled a racial slur at one of the black university cops on campus. He wasn’t even what you would call a racist, just your garden variety jackass that likes to do dumb things like that for attention or “fun”. Some other university cops show up at our apartment about a week later. As a young and naive college student that didn’t really get in trouble, I let them in thinking we had nothing to hide. They searched his room (which I allowed them to…it was a mess and I didn’t know anything was in there) and found an Oxycontin pill on the floor. They used this to charge him with possession and he had to plead down. He had a lawyer, so why didn’t that guy try to use the 4th amendment as a defense? Somehow, I was allowed to consent for my roommate to that search, but this student actually performing the search himself with his laptop in hand to do the environment check is not consenting to the search?

If those cops had told you they were going to have you suspended unless you consented to the search for him, things would have been more analogous, and both of you would have had a case for coercion.

Psychological coercion. An evaluation and degree he earned and paid for would not be forthcoming otherwise.

I have a feeling that he would not have approved the Trump warrant.

If the student was of the understanding that in order to take the test, then his understanding (having already signed in) was a mandate to be compliant or else no test, no credit, perhaps no graduation.

Not as brutal physically, yet if one is being raped, it’s not in the moment of the action, but the ability to report it after the fact.

Both could be considered an action of one dominating over a lesser that in the moment of confrontation was compliant and unable to defend themselves against the action.

This is bullshit. If you take a test it must be proctored, otherwise it’s worthless. This guy had the option of refusing to take the test, and thus failing his course. That’s an option. He wanted to take the test, and that means consenting to all reasonable measures required for him to take it. He could have cleaned up his room before he did it, or he could have taken the computer to a different room.

Remember that the fourth amendment only forbids unreasonable searches. I don’t believe you would find one person in five who would call this search unreasonable.