PIJ confirms the killing of its “the great jihadist commander” by the IDF. 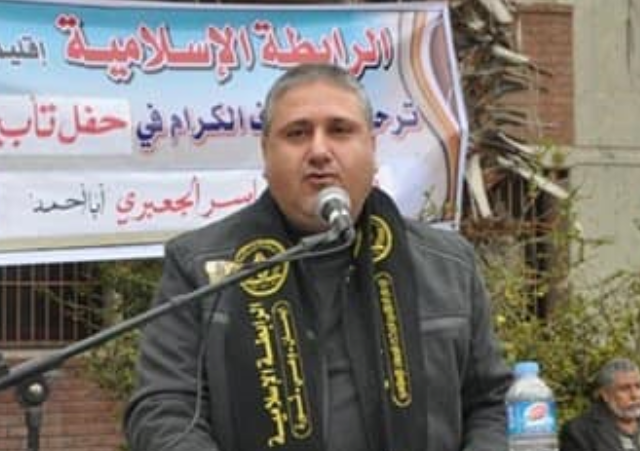 The Israeli military has eliminated a senior commander of the Palestinian Islamic Jihad (PIJ) terrorist group. The high-ranking PIJ operative, Taysir Jabari, was killed in an Israeli airstrike in Gaza after days of standoff between Israel and Gaza-based terrorist groups.

On Friday, the Israel Defense Forces launched the operation “Breaking Dawn” after Palestinian terrorist groups threatened ‘revenge’ following the capture of a leading PIJ terror operative in the West Bank earlier this week.

“A short while ago, the IDF targeted a senior commander of the Palestinian Islamic Jihad terrorist organization. IDF fighter jets targeted Tayseer Jabari, the senior PIJ Commanding Officer of the terrorist group’s Northern Gaza Division,” The IDF said in a statement obtained by the Legal Insurrection.

Disclosing Jabari’s role in recent terrorist attacks, the IDF noted that the slain jihadist “was entrusted in making many decisions in the PIJ and carried out anti-tank missile attacks against Israeli civilians and IDF soldiers recently.”

We just targeted a senior commander of the Palestinian Islamic Jihad terrorist group in Gaza. Tayseer Jabari was responsible for multiple terrorist attacks against Israeli civilians.

The IDF will continue to defend Israel against the threat of terrorism. pic.twitter.com/rhxuw2ZmYs

Israel says it is striking Islamic Jihad targets in Gaza and declaring operation “Breaking Dawn” after days of tensions following the arrest of a senior militant from the terror group in the West Bank.

The IDF also declared “special situation” on the home front after days of tensions following the arrest of Islamic Jihad chief in the West Bank, Bassam al-Saadi, on Monday. (…)

The Islamic Jihad confirmed the deceased is Tayseer Jabari, a member of the group who served as a high-ranking commander and a successor of Islamic Jihad military chief Baha Abu al Ata, who was killed in an IDF strike in 2019.

Jabari played a prominent role the Gaza conflict of May 2021. Hamas, PIJ and other terrorist groups fired more than 4,000 rockets aimed at Israeli towns and citing during that escalation. He “commanded over the launching of hundreds of rockets during Operation Guardian of the Walls last year,” The Jerusalem Post reported Friday.

Several other terrorists were also taken out in the IDF strike. “The Israel Defense Forces estimates that between 10-20 Palestinian terrorists have been killed in the Gaza Strip amid the opening wave of airstrikes against the Islamic Jihad,” The Times of Israel reported. “According to the military, six sites were hit by fighter jets and armed drones,” the news website added.

The Israeli counterterrorism operation took place a day after PIJ chief Ziad Nahalka, who is currently operating from Syria, met with the Iranian president in Tehran.

The Islamic Jihad, Hamas, and other terrorists groups in the Gaza Strip are dedicated to Israel’s destruction.

Our message to them: Israel will always protect its citizens. #OperationBreakingDawn pic.twitter.com/zCaY9r5nsB

“The leader of Islamic Jihad Ziad Nahalka who is based in the Syrian capital of Damascus, was in Tehran on Thursday and met with Iran’s President Ibrahim Raisi. Tehran funds and equips the Gaza based terror group,” the Jerusalem Post reported. The jihadi outfit receives financial support, weapons and training from Iran.

The Israeli military continues its counterterrorism operations against the Gaza-based terrorist groups, taking out a rocket launch compound belonging to the Islamic Jihad.

“IDF fighter jets targeted a rocket launching site belonging to the Palestinian Islamic Jihad terrorist organization in the city of Khan Yunis,” the IDF said in a press release. “A short while ago, a failed launch was attempted at this site,” the statement explained.

One down, 3 billion to go

Israel doesn’t have any ninja sword contraptions to delicately take out terrorists without hurting the person standing next to them. So if the message is clear: If you live in Gaza don’t get too close to terrorists or you will be sorry.

Actually, there is the theory that Israel is too precise in its attacks, resulting in a lack of fear among the population. If you’re standing 100 feet away from
the target, you’re probably ok. So there is a lack of deterrence (unless, of course, you are the target).

I agree, and I don’t think it’s theory. A Dresden or Tokyo would eliminate much of the enemy support.

Izvestia on the Hudson will report that Israel killed an innocent civilian victim and is attacking civilian areas. British Broadcasting Communists will report on Israeli aggression against civilian targets.

No doubt a nation wide search is underway for his replacement. Little opportunity for advancement and willingness to accept this is a must. Send resume quickly.

When it comes to squatters in Palestine, there needs to be much more collateral damage.