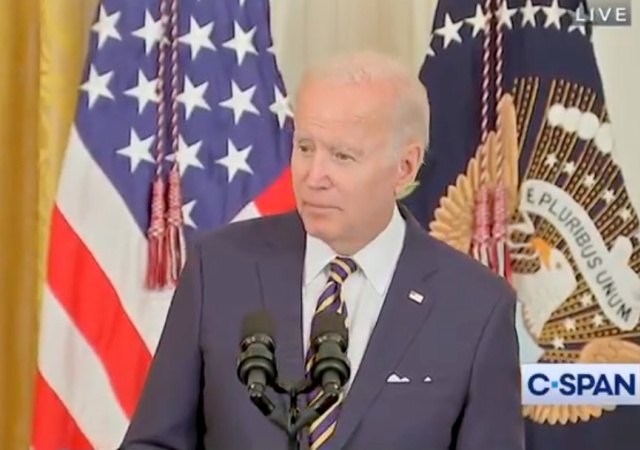 I recently noted that the only successful war Biden has waged is on the American energy industry.

The administration now has a setback.

A Louisiana federal judge has blocked the Biden administration’s ability to unilaterally “pause” oil and gas leasing in 13 states, after an appeals court lifted the judge’s nationwide injunction just a day earlier.

U.S. District Judge Terry Doughty on Thursday said the Interior Department had violated federal law when it effectively canceled both onshore and offshore leasing on federal lands following a 2021 executive order signed by President Joe Biden that instructed the agency to pause those activities pending a comprehensive review of the federal leasing program itself.

The offshore lease sales affected by this ruling are already mandated, however, through the Inflation Reduction Act, which Biden signed Tuesday.

The government is required to hold lease sales by the Mineral Leasing Act and the Outer Continental Shelf Lands Act, and only Congress is capable of stopping oil and gas leasing, Doughty said in Thursday’s memorandum order.

The Department of the Interior is still reviewing the decision, so I wouldn’t bet on much progress yet. However, it appears that the “inflation reduction act” is now being referred to as the “climate law”, and leases specific to the Gulf of Mexico have been reinstated.

The practical impacts of the ruling could be minor because of the fossil fuel leasing mandates in the climate law, said Erik Milito, president of the National Ocean Industries Association, which represents oil and gas companies.

The law requires the government to reinstate $192 million in leases in the Gulf of Mexico that were blocked by another court ruling last year. And it requires two more sales in the Gulf and one in Alaska before October 2023. Those sales had been canceled under Biden. The provision reviving them was inserted into the law at the insistence of West Virginia Democratic Sen. Joe Manchin, an advocate for fossil fuels.

Going forward the law says Interior will hold periodic oil and gas lease sales and offer at least 60 million acres (24 million hectares) of offshore parcels and 2 million acres (810,000 hectares) onshore during the prior year before it can approve any renewable energy leases.

“Offshore oil and gas leasing has been protected and will proceed,” said Milito.

What has Secretary of the Interior Deb Haaland been up to as the American energy industry struggles? She recently announced the members of the Advisory Committee on Reconciliation in Place Names, a federal advisory group meant to identify and change supposedly derogatory terms still in use for places throughout the county.

The Department of the Interior stated in a release that the committee will be developing a system to solicit and assist with proposals sent to Secretary Haaland as well as engaging with tribal authorities, the native Hawaiian community, state and local governments, and the public.

“Our nation’s lands and waters should be places to celebrate the outdoors and our shared cultural heritage – not to perpetuate the legacies of oppression,” said Secretary Haaland. “The Advisory Committee on Reconciliation in Place Names will accelerate an important process to reconcile derogatory place names. I look forward to listening and learning from this esteemed group.”

The release also states that the committee has members from a wide spread of backgrounds, including tribal representatives, experts in civil rights in fields including civil rights, history, geography, and anthropology, and the general public.

Members will be meeting for the first time in the next few months.

The biggest reason why Congress will not fix this:

While it’s nice that this admin is being forced to start selling leases again there is another concern looming for the energy industry, and by extension all of us, that makes the midterms even more important if we want to continue to be able to fill up our tanks. From Watt’s Up With That: https://wattsupwiththat.com/2022/08/20/biden-inflation-act-provides-the-epa-new-weapons-to-pursue-their-climate-change-jihad/

So yeah, we need to stay on our reps to roll that back should the Republicans take back both houses. I’ve said it before on other stories here but it bears repeating: a number of these Federal agencies need to have their regulatory authority revoked or at least severely limited!

A lease is useless without a permit to drill.

Who really expects the Zho BiDeng administration to follow this decision? They’ll just ignore it.

And what are we going to do about it? Nothing.

The Judge that the President did not have authority overrule laws passed by the Congress. They have to follow the law. But, look for them to slow walk every application.

I posted this previously, but it’s going to be fun to watch Joe Manchin get bitch-slapped by his own party.

Chuck the Schmuck promised to promote a bill that would allow more drilling permits in exchange for Manchin’s vote on the Inflation and Climate Hoax Bill.

Dems in the House are saying, “Yeah, no — that’s not happening.”

And Manchin is left standing there with his, um, Biden signing pen in his hand.

It’s supposed to be a very nice pen (made in China).

It’s okay. He had his blue dog ID in his back pocket.

Manchin’s been around too long to get taken unaware. He knew what they were going to do. He just wanted plausible deniability that he HAD made a really good deal but gosh darnit how could he know that they’d go back on their sacred word?

Manchin sold out and is just trying to pull the wool over the eyes of the rubes.

And the cancellation and coverups continue.

It explains why children (a group in which I include most Democrats) have no idea why socialism is so destructive.

The climate measure President Joe Biden signed Tuesday bypasses the administration’s concerns about emissions and guarantees new drilling opportunities in the Gulf of Mexico and Alaska. The legislation was crafted to secure backing from a top recipient of oil and gas donations, Democratic Sen. Joe Manchin, and was shaped in part by industry lobbyists.

While the Inflation Reduction Act concentrates on clean energy incentives that could drastically reduce overall U.S. emissions, it also buoys oil and gas interests by mandating leasing of vast areas of public lands and off the nation’s coasts.

I’ll believe it when the drilling starts.

I’ll believe it when it reaches the gas station.

Ok, so they’ll sell the leases but then, good luck getting permits for exploration and drilling.

Why can the government sell leases but deny drilling permits? I can just imagine the lawsuits if landlords told tenants “you can lease the house, but you can’t live in it”.