“Any student who identifies as a girl may apply to our school.” 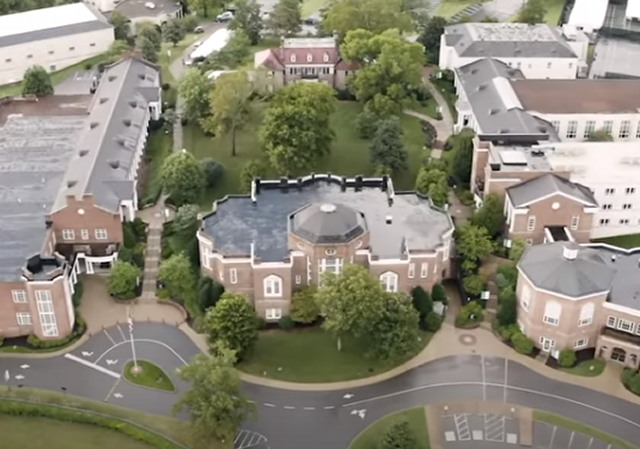 The Harpeth Hall School of Nashville, Tennessee, is an all-girls school that has existed since 1865, in its current form since 1951, but that’s about to change.

The school will now admit biological males who identify as female.

Harpeth Hall, an elite girls school in Nashville, Tennessee, has implemented a new policy to allow applications from anyone who identifies as female, not just those who are biologically female.

In an email sent to parents, the school announced it would be following a new policy that allows biological males who identify as female to be admitted to the school, reported OutKick. The email included a “Gender Diversity Philosophy” document explaining the admissions policy.

“Harpeth Hall is a girls school. The school culture is unique and distinctly about girls, complete with the use of references to students as girls and young women and the collective use of female pronouns,” the Gender Diversity Philosophy read.

“Any student who identifies as a girl may apply to our school. Students who join and remain at Harpeth Hall do so because our mission as a school for girls resonates with them,” the document continues.

The document also stated that any student who “communicates a desire to be identified as male or adopt he/him pronouns” may not be served well at Harpeth Hall.

Here’s more from the Outkick report by Ian Miller:

Harpeth Hall immediately falls into one of the most common traps among progressives: assuming that new concepts are unquestionably better than what they are replacing.

The policy document states that this new decision is due to the interpretation that “the concept of gender has expanded and deepened over time.”

It continues, “The school culture is unique and distinctly about girls, complete with the use of references to students as girls and young women and the collective use of female pronouns.”

Yet the next sentence, remarkably, deconstructs that entire philosophy:

“Any student who identifies as a girl may apply to our school.”

Harpeth Hall’s own policy contradicts its argument. When saying that there is a “collective use of female pronouns,” administrators are associating biological sex with gender-related pronouns. It makes the connection between biology and gender.

At Harpeth Hall, students can aspire to become a high school state champion, sign a Division I athletic scholarship, or follow in the footsteps of our Olympic medal-winning alumnae.

Harpeth Hall is a place where every student is encouraged to be active, equipped with the skills to be successful, and celebrated for continuous growth.

Our athletic program focuses on achievement through tradition, dedication, teamwork, and prowess.

Does anyone want to make any predictions about the future of the Harpeth Hall athletics program?

Anything to accommodate the parents of all those from leftist states relocating to Nashville.

Exactly, Tennessee has become the California of the midlands
STAY IN CALIFORNIA YOU CREEPS!

Pull your daughters out now!

Uh Gonzo, have you checked your back door/border door and your AZ border; you’ve got illegals coming in from the south and Californians, etc., coming in from the west. According to Forbes 12,700 people moved into TX in 2021 while TN only took in 4500. Don’t know how many in either case were from CA. I know you’re busing a few of the thousands of illegals crossing the border to other states (and good on you for that), but what are you doing with the rest of them? Also, have you looked at what goes in your university in Austin? Geez, the wokeism there is more than equal to this Harpeth Hall BS. The enrollment at Harpeth Hall, a private school, is 688; the last time I checked, enrollment at UTX is around 52,000. It’s a state school which means your tax dollars are funding it. And it was the Tennesseans who migrated to TX before you were a state that formed the lineage and backbone of the lone star state. That “you don’t mess with TX “mantra was probably first said by one of those TN early settlers. Maybe old Davy himself. BTW, TN ovaries are fine. We ain’t all pasty either. Sorry, I got a bit carried away.

Some conflate the two. Just like all these “Washington elite we read about. No. They are not elite. Just powerful.

At least it’s only a day school. It has a significant athletic program so that will be the big draw for boys who can’t cut it on male teams.

Then why are they discriminating against real (biological) boys that identify as real boys?

What is the difference?

Can I identify as a black and get affirmative action preferences and help my institutions POC quota as Warren did for Harvard?

Do they have restrictions on age for admission? Perhaps their understanding of ageism needs deepening, so girl-identifying 60-year-old men can get in on the action.

What trash! I hope enrollment collapses and the adm has to take it all back.

Go Woke, Go Broke! The demise of yet another institution.

I say the rule for these males wanting entrance to this place should include cutting your Courting Tackle off beforehand…In for a penny, in for a pound. Force it to the extreme to find out how serious the delusion.

All leftist “males” are eunuchs anyway. What would they miss if the went all the way to prove their convictions?

True…too much estrogen in fast food. Yet, I suspect that deep down those playing an attention game will protect their factory gear like the rest of us proper males.

(Now, who’s the fool who down-voted my initial comment. Really?)

You can identify as whatever you want, but if you have a penis…you do not belong in a space reserved for those born with vaginas. Eventually enough women will be damaged enough to start fighting back, but sadly, it will probably take another election cycle or two – if we survive that long.

My guess is that all it takes is one rape by an admitted student to put that school out of business.

The school will suppress the information about the rapes

I could care less what these morons do. It’s simple, the parents of the girls now attending the “elite” school should just cancel their enrollment.

It is those that are supporting the school and do nothing that are the problem.

Tell me why I got a downvote for pointing out that transgender is a mental illness
and that the proposed treatment is irreversable and barbaric?

God created male and female, beyond that is self-delusion needing help.

Quite a few lefty’s here. Most masquerading as something else.

Do you ever wonder if encouraging the trans movement is a form of population control? That will be the end result – fewer people able to reproduce.

actually I think that it’s to create a sub class of sex slaves, the way that there was in the Ottoman Empire. They cut out the genitalia of young children.

“Identifies as.” The vile Dumb-o-crats’ obnoxious narcissism, capriciousness, irrationality and self-reverence encapsulated in one noxious phrase.

Instead of “Identifies as”, let’s replace it with what is really is. “Pretends to be”.

So, how long until we start seeing the new “girls” raping the real girls?

“The policy document states that this new decision is due to the interpretation that “the concept of gender has expanded and deepened over time.” Really, since God created Adam and Eve (not Adam and Steve) there have been only 2 count ’em 2 genders. So now we’re going to throw 5000 years of recorded history out the window, for a concept of expanded gender that has a history of maybe 40 years? Jesus please come back.

No. There have been two SEXES.

Please, PLEASE don’t let the left dictate language usage. For sentient beings, it is SEX, as in male and female.

Language has gender, and, generally, there are three. Masculine, feminine, and neuter.

This moment of language nazism is brought to you by…

The site isn’t allowing me to comment – I get a notification saying that I’ve already said it.

So say it differently. (We’ve been there.)

Sounds like those Democrats did not use a democratic process. No mention of the school asking for parental involvement.