“There were just under 158 million taxpayers in 2019 according to the IRS, meaning that the average cost of debt cancellation is $2,085.59 per taxpayer.” 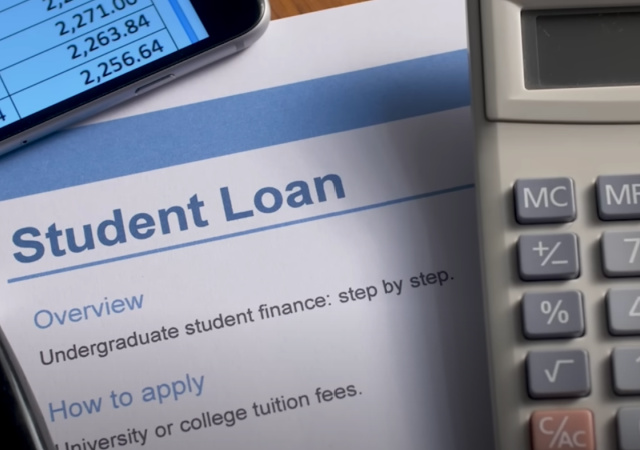 Public reporting indicates President Biden may soon announce executive action canceling federal student loan debt for a large set of borrowers. Though parameters of the student debt cancellation have yet to be announced, the Biden administration may cancel $10,000 of debt per borrower for borrowers making $125,000 in income per year or less.

Based on projections from the Penn Wharton Budget Model for the total cost of such cancellation, we estimate President Biden’s plan would cost the average taxpayer over $2,000.

The Penn Wharton Budget Model (PWBM) released a policy report on Tuesday that estimated the total cost of $10,000 in debt cancellation for borrowers making less than $125,000 per year would be $329.1 billion over 10 years. There were just under 158 million taxpayers in 2019 according to the IRS, meaning that the average cost of debt cancellation is $2,085.59 per taxpayer.

This is not a perfect proxy for cost, however, given the U.S. tax code is progressive and tax burdens are not evenly distributed across households. Accounting for the share of taxes paid by low- and middle-income households, we estimate that:

Some may dispute that taxpayers bear the cost of canceling student debt. But the $329 billion cost of student debt cancellation would be $329 billion previously borrowed from the federal government and not returning to the Treasury. Policymakers will need to make up for that gap in the future with government spending cuts, tax increases, more borrowing, or some combination thereof.

One would think one would borrow money in order to make more money, so one could pay off the borrowed money plus a bit to make it up to the lender and still leave one in a far better fiscal position.

Then again I have a degree with ‘Science’ at the end of it, not ‘Studies’ like I’m sure a great number of the failed loan repayment people do. Paid off mine, paid off the wife’s (teacher), helped pay off each of the kids, and now I’m getting approached by various professional sponges with their hands out. Here’s your shovel, kid. Get a job.

They think they can inflate their way out of 30 trillion in debt. Of course, by the time they did that, the debt would be 200 trillion or so.

So any college graduate making under 125k per year gets a debt cancellation. I graduated in 97 with a Bachelor of Science in Nursing and have NEVER made over 125k per year. What degree does pay over 125k per year? The only 2 I can think of is MD and if your name is Chelsea Clinton.

MDs, lawyers, and some types of engineers are pretty much the only ones reliably making over 125k per year. Sure you have some tech guys that invented stuff or got crazy lucky but very few of them were because of the degree they got.

More people earn $125K than we realize, about 11% of the working population in the US.

A run of the mill stockbroker back when I was a broker for a regional firm in the early 90’s to 01 was pulling in $250K in commission for the firm or out on their ass. At a 55/45 split that put you at $112K just to keep from being fired.

Many other commission sales jobs have high earning potential if you can get past the rejection and close the sales.

Just to offer some of the explanation used of how “smart people” think student loan won’t impact taxes or inflation or anything….THEN to explain the debunk in the simplest most practical terms here you go:

The theory behind this is a progressive concoction called “Modern Monetary Theory”.

Their theory states that with a fiat currency you can print as much money as you want and not cause inflation as long as you tax back the money you spend and don’t spend that taxed money.

Of course, this is just a ridiculous wealth redistribution scheme that won’t work, BUT let’s pretend for a second that even the premise were true that you COULD tax back all that was spent.

When in your entire lifetime (unless you are old enough to live under POTUS Hoover or before), have you EVER seen the government take money in taxes and NOT spend it all and THEN SOME (hence the national debt)? This is just another scam like the Ponzi scheme that is FDR’s social security New Deal craptastic plan.

Sorry for the longwindedness but I hope if anyone reads this you are now armed with some information about what the left thinks they can use and why it’s stupid.

Credit where it’s due the last couple years of the Clinton administration when the r in Congress made him.

MMT is a fraud as you point out. It works as long as someone buys the debt. Once the bond market says no, not today thanks I don’t want to roll over the expiring debt into a new issue, pay me my interest and principle back then the party stops.

Yes MMT is a socialist dream and financially unsound which is why they do it.

I calculate the cost to my family to be $76,000. We have seven college degrees between us, either paid directly by working or by repaying student loans, so that is $10,000 per degree that we failed to collect from the government (either by loan forgiveness or direct grants.) Then at $2,000 each to pay for other student loans gives us the total of $76,000. No one in our family has ever made over $125,000 per year. I’m a CPA and my son is a police officer. Surely we should get a tax credit, right?

That is a low estimate. Don’t forget inflation which is now guaranteed to get even worse.