WHO also wants to expand “on the concept of intersectionality.” 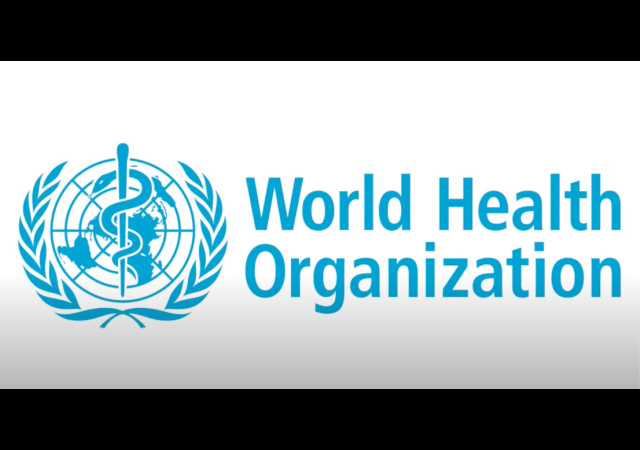 The World Health Organization has lost any credibility it had after COVID.

WHO chooses to ignore basic biology by updating “its widely-used gender mainstreaming manual” by eliminating sexes and expanding on intersectionality.

The radicals conquered “gender.” Now they’re going after sexes. They cannot accept the fact that nature only has two sexes: male and female:

The Gender mainstreaming for health managers: a practical approach manual addresses how gender norms, roles and relations affect health-related behaviours and outcomes as well as health sector responses. At the same time, it recognizes that gender inequality is a cross-cutting determinant of health that operates in conjunction with other forms of discrimination based on factors such as age, socioeconomic status, ethnicity or place of origin and sexual orientation. The manual provides a basis for addressing other forms of health-related discrimination.

The first edition of the manual dates from 2011, and WHO is now updating it in light of new scientific evidence and conceptual progress on gender, health and development

From WHO (its emphasis):

3. Going beyond non-binary approaches to gender and health to recognize gender and sexual diversity, or the concepts that gender identity exists on a continuum and that sex is not limited to male or female.

4. Introducing new gender, equity and human rights frameworks and tools to further support capacity building around these concepts and the integration of their approaches in the work of WHO.

“Sex is not limited to male or female.”

Did WHO find more chromosomes and duos? There’s more than XX and XY? Because if they didn’t then we only have male and female.

The science world says there is no evidence we have more than two sexes:

Dr Karleen Gribble, an expert in nursing and midwifery from Western Sydney University, told MailOnline the WHO’s announcement was unscientific.

‘The wording regarding there being more than male and female sexes is concerning,’ she said.

‘The website says that the handbook is being updated “in light of new scientific evidence and conceptual progress on gender, health and development”.

‘However, there is no new scientific evidence suggesting there are more than two sexes.

‘Rather, the idea that there are more than two sexes, is a postmodern, unscientific understanding that should not be supported by the WHO.’ 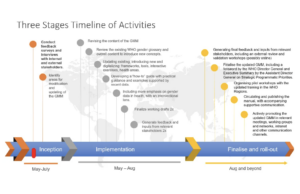 Legal Insurrection has many posts about intersectionality. In July 2019, Professor Jacobson addressed the issue at the DOJ Summit on Combatting Anti-Semitism. He said intersectionality has become “a toxic mixture of racial and identity politics where anti-Zionism is the unifying feature.”

I bring up intersectionality because WHO mentioned “political situation” in its section about expanding the concept in the new manual.

The bossman explained intersectionality in his speech, first coined in 1989 about the problems “black women faced in obtaining justice in the judicial system:

Intersectionality did not have anything to do with politics or Israel. But the left and radicals use it as a way to attack Jews and Israel.

The bringing up of Israel might seem random but WHO has anti-Semitism in its past. A Google search of “World Health Organization anti-semitism” brings back numerous hits going back years. Here are a few.

WHO wants people “to provide inputs and feedback” for the rest of the year.

Something tells me WHO won’t listen to people like you and me.

I have no doubt nations like China, Russia, India, any African or South/Central American nation will completely ignore the WHO dictates.

I met a Non-Binary from New Orleans—he said his preferred pronouns were “Dis, Dat and Dose.”

And WHO wants to tell us what to do with our lives because… SCIENCE!?
Sorry, but I don’t acknowledge any god-kings on this earth, especially not the sort of sorcerers who attempt to use SCIENCE! to make themselves so.
You would better spend your time in onanism than in trying to get me to worship or obey you.

WHO wants people “to provide inputs and feedback” for the rest of the year.
Do they allow graphical content, or merely text? Because my feedback is so much more concise when you can actually see my fingers.

‘Rather, the idea that there are more than two sexes, is a postmodern, unscientific understanding that should not be supported by the WHO.’
It’s a statement of religious doctrine from the church of Progressivism.

It takes who to tango.

Who’s on first. What’s on second. I Don’t Know how to tango is on third. And Nobody Cares about World Health is in left field.

I see no one caught on the my word play. Go on mine and listen to The Who’s on First routine.

Listen to the end. I Don’t Give a Darn IS short-stop.

The inmates are running the asylum.

I swear this era will be known in history as the Age of Idiocy.

Reinforces my view that we need to cut off the U.N., WHO, and any other international organization that espouses this Marxists claptrap.

Mary, you aren’t wrong but to bolster your argument you should update your understanding of chromosomal inheritance.

Collectively, these are called “Intersex” conditions and all are biological conditions. As Steven Crowder and others have pointed out these do not explain gender dysphoria at all.

Track and Field organizations are trying to set rule for “DSD” (different sexual development) athletes (seem to be majority Africans) who compete as women. Caster Semenya best known. I think all have 5 alpha-Reductase 2 deficiency.

Didn’t Trump try to pull us out of this sham organization?

The next time Republicans have a majority they need to ram through legislation that pulls us out of these bullshit global bureaucratic monstrosities, and do it in a way that can’t be simply over-turned with an EO the next time a Dim is POTUS.

WHO says… Buncha Marxists. Unfortunately too many American Marxists out there eager to sign us on to the World Government. In truth they are a small minority so how is it we can’t stop them pushing everyone around? Like the totalitarian fascists they can’t help being. I say we start turning their big hero Alinsky against them

Credibility of the “experts” takes yet another blow.