NCAA Chooses Female Fencing Student for Woman of the Year, Not Lia Thomas

NCAA Chooses Female Fencing Student for Woman of the Year, Not Lia Thomas 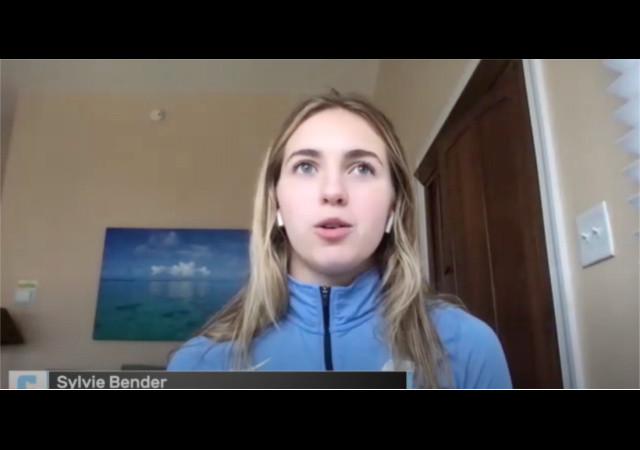 It’s outrageous that Lia Thomas was ever even in the running for this. Luckily, sanity prevailed in the end.

The Ivy League’s nominee for “NCAA Woman of the Year” will be Columbia University fencer Sylvie Binder, the organization announced on Monday.

Thomas competed against men in collegiate swimming competitions before switching to female NCAA meets. The Penn swimmer took drugs to suppress testosterone for one year, clearing the NCAA bar to compete against women.

University of Kentucky swimmer Riley Gaines, who has been outspoken about the way the NCAA has handled the Thomas situation, previously called the nomination a “slap in the face.” NCAA officials allegedly required Gaines to allow Thomas to hold a trophy after one race, even though the pair tied.

“Being the real girl in that photo and also University of Kentucky’s nominee for NCAA WOTY, this is yet another slap in the face to women,” Gaines tweeted. “First a female national title and now nominated for the pinnacle award in collegiate athletics. The @NCAA has made this award worthless,” Gaines wrote.

Thomas also caused waves after dominating in some NCAA swimming competitions, including winning a national championship by defeating an Olympic swimmer.

Conference offices can recognize two nominees if at least one is a woman of color or international student-athlete.
So, they can nominate an also-ran if they’re special in the right way.

I mean, look at the NBA, the NFL, and now the PGA.

Come on, Lia — sue!
Make your point!
Your reputation demands it!

It is still in the running for NCAA freek of the year.

Saw this the other day:

I had to put a new tranny in my car. The mechanic took one look at it and said it was overheated due to global warming. I said, “Global warming Uranus” and took it to a biologist instead.

OK, I see that this award isn’t based on merit. But then what is it based on? Genetics? If so, it’s not obvious that the ersatz girl should be excluded just because of some surplus Y chromosomes.

I’d like to see some consistency. Merit, or genetics? Pick one.

“For more than 30 years, the annual award has recognized “female student-athletes who have exhausted their eligibility and distinguished themselves in their community, in athletics and in academics throughout their college careers,” according to the July 14 release”. from the Univ. of Pennsylvania. Some people would argue thar Lia Thomas exhausted her eligibility from the day she started competing as a woman.

Each college can dominate two, and then the Ivy League picks one. The Ivy League’s nominee then goes to the NCAA level.

If you believe that merit deserves recognition, and that people in different sports who cannot compete against each other to decide the best, then you have to accept that the award will be given in a somewhat subjective manner, reflecting the unequal level of competition in different conferences.