Adams: Future Americans must celebrate Independence Day “with Pomp and Parade, with Shews, Games, Sports, Guns, Bells, Bonfires and Illuminations from one End of this Continent to the other from this Time forward forever more.” 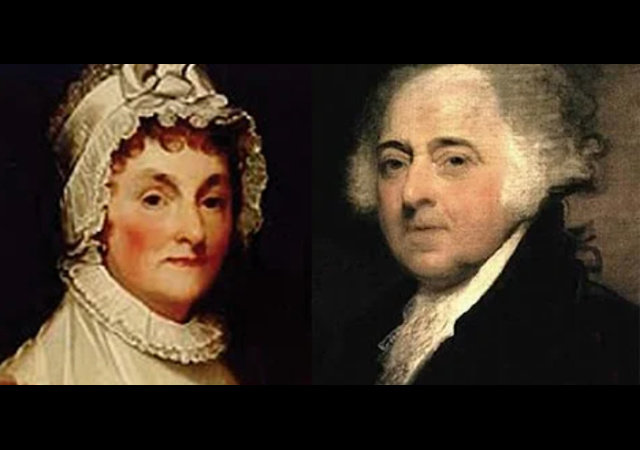 The founders debated and revised the Declaration of Independence on July 2 and 3 before ratifying it on July 4.

John Adams took time on July 3 to write to Abigail Adams, who remained in Massachusetts.

John boasted about the states voting for Independence but moaned it didn’t happen earlier.

However, it had advantages:

But on the other Hand, the Delay of this Declaration to this Time, has many great Advantages attending it. — The Hopes of Reconciliation, which were fondly entertained by Multitudes of honest and well meaning tho weak and mistaken People, have been gradually and at last totally extinguished. — Time has been given for the whole People, maturely to consider the great Question of Independence and to ripen their judgments, dissipate their Fears, and allure their Hopes, by discussing it in News Papers and Pamphletts, by debating it, in Assemblies, Conventions, Committees of Safety and Inspection, in Town and County Meetings, as well as in private Conversations, so that the whole People in every Colony of the 13, have now adopted it, as their own Act. — This will cement the Union, and avoid those Heats and perhaps Convulsions which might have been occasioned, by such a Declaration Six Months ago.

Notice the date, which I mentioned in my previous posts:

But the Day is past. The Second Day of July 1776, will be the most memorable Epocha, in the History of America.

Adams predicted Americans would celebrate the day “as the great anniversary Festival.”

Adams also said future Americans must celebrate Independence Day “with Pomp and Parade, with Shews, Games, Sports, Guns, Bells, Bonfires and Illuminations from one End of this Continent to the other from this Time forward forever more.”

July 2 or July 4? Again, how about an Independence Week since everything started on July 1? We include July 5 for a recovery day.

July is my Pride Month

As I have mentioned before, NPR edited his writing as they quoted this… omitting “guns”. Even history doesn’t escape NPR’s relentless scrubbing of the past. Enjoy the 4th and FJB!!.

Don’t you folx worry. I will be personally making up for that.

Compare to the present two idiots in the White House.

And a MONTH for gays

We give a month for sexual proclivities

American colonists were proud to be Englishmen. It took a while for them to grasp the significance of King George III’s declaration of was against the colonies. It didn’t start out as a revolution but as a protest but the King was ill and imposed his will over Parliament to declare war. It was a staggering development for the colonists including the leaders. England expected we would simply fold and become servile state like Ireland.

That is why the Declaration of Independence is so importance. That is where America found it’s character. They had made no preparations to fight a war. And once they signed the Declaration, they all knew they would hang if they lost. They signed it.

Are there such men among us today? Maybe. Where are they?