We owe a lot to this Founding Father for our independence. 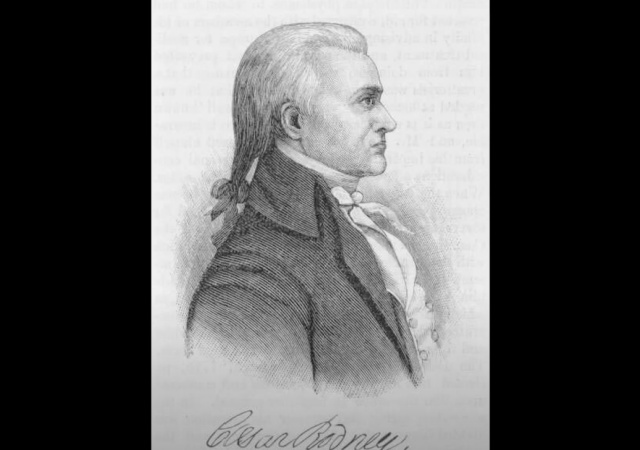 You know, celebrating America’s independence should be a week-long celebration because it starts on July 1, 1776, when the Second Continental Congress met in Philadelphia to debate independence from Great Britain.

Delaware only had two of its three delegates at Independence Hall. Caesar Rodney was back in Dover. As Brigadier General he needed to be with the militia to combat Loyalists.

John Adams knew it should be unanimous. However, Delaware’s delegates could not agree. One said yes. One said no.

If you watched HBO’s John Adams you’ll remember that Adams knew they needed Rodney. They needed to win Delaware and couldn’t do it without Rodney.

Adams turned Delaware delegate Thomas McKean and told him to fetch Rodney as soon as possible.

As soon as Rodney heard the news he took action.

It’s something made out of movies. The night of July 1, 1776, was dark and stormy. Rodney was ill. He had asthma and was likely a survivor of cancer. He kept his face hidden with a scarf due to disfigurement.

But still, Rodney jumped on his horse and rode 18 hours over 70-80 miles to Philadelphia through those storms.

Rodney showed up on Independence Hall’s doorstep just as Congress was about to vote on independence. Wet and muddy, exhausted, and still in his boots and spurs, Rodney voted YES for independence.

The John Adams miniseries also portrayed this part. As Congress is voting you see McKean and Rodney coming through the door.

Rodney stands up and says, “Delaware votes yes.” It starts at 1:30, but watch the whole three-minute video. Also, watch the series!

It doesn’t sound like much but what a patriot. I don’t know if any of us have the stamina to make an 18-hour horse ride while ill. Then again, with freedom on the line, we might find that willpower.

Here’s to Caesar Rodney, another Founding Father a lot of us have never heard of.

This is great! I had never heard about this!!

Thank you! I need to do more history posts. 🙂

“As Brigadier General he needed to be with the militia to combat Loyalists.”

This country has always been half populated with people who yearn to be on their knees in front of a “king” working for the “sustenance” that the government provides. In revolutionary times they were called Torries. Today they’re called Democrats.

It’s a silly habit of mine, but I but I try to avoid using certain state commemorative quarters when I purchase something. And so I’ll carry certain ones around with me with no intention of using them. I do this even though I’ve already saved and put aside some of every state.

The Delaware state quarter features Rodney on horseback. For that reason it’s one of my keepers.

Okay, who downvoted this?!?

I have a July 4 tradition to watch 1776 – a musical made in 1972 and based on a Broadway play. William Daniels as John Adams, Ken Howard as Thomas Jefferson, Blythe Danner as Martha Jefferson, amongst many other fine actors. Delightful and serious and funny and catchy! Thanks to that movie, I know about Caesar Rodney well.

Have you posted your history travel vacation yet?

Several posts have been made, and I assume Mary is the one posting them. Embarassingly, I didn’t note the author of the posts.

Rodney’s part was the easy part. To have a horse that can carry you 70+ miles in a mere 18 hours, in inclement weather, no less, is amazing.

Of course we all know that freedom is not free, for either man or beast.

Same to you my friend.

Thank heavens he helped bring a state into the Union that 200 years later would give us Joe Biden.

It wasn’t the heavens that did that Henry.

I’m a Delaware expatriate having been born (1953) and raised there. We were made very much aware of Rodney’s ride in our Delaware school system. As small as Delaware is it doesn’t take much to memorialize someone throughout the state. I ran cross country for my Christiana HS team that wasn’t exactly the highest caliber. If I remember correctly the only team win we had one particular year was against Caesar Rodney HS. Go Vikings!

I wonder how soon Delaware HS graduates will be able to claim a Joe Biden HS as their alma mater. C’mon, man! You can do it Delaware!

thank you for the story–the people who founded our country were of a type–they were decisive, resolute, fearless and they believed in something greater than themselves–freedom

no matter the weather, the distance, the hardships, the risks, they did what had to be done–timeless examples of the strength of the human spirit and its yearning for freedom

since then, every american achievement, every american triumph, every success towards building a better country and a better world can be traced directly to those incredible people and those three precious documents they brought into being

We have many such Americans now, rotting in the D.C. jails.

Thank you very much!

Unfortunately, the City of Wilmington removed Ceasar Rodney’s statue from Rodney Square in downtown Wilmington in June 2020. You can see the empty masonry pedestal on Google Streetview on Market Street between 10th & 11th Streets. A nearby statue of Columbus was removed at the same time. Like many wealthy Delawareans of the time, Rodney owned slaves, which he got through inheritance of the family plantation, but his will included provisions for freeing his slaves.

Sorry he had to be cancelled. Recall all the quarters. /sarc.

Great story. I have a few DE quarters. I recall a story about our Revolutionary leaders in Virginia escaping on horseback before they could be arrested.

The John Adams miniseries starts out quite well, but devolves into an unflattering psychodrama about Adams. It portrays him as a self-important, arrogant man. But thank God he had Abigail around to correct him. I didn’t have the stomach to finish it. Read the reviews.