For the Establishment, It’s All About Keeping Trump Out of Office

For the Establishment, It’s All About Keeping Trump Out of Office

“they can’t, and won’t, if they can help it, allow Donald Trump to be president again” 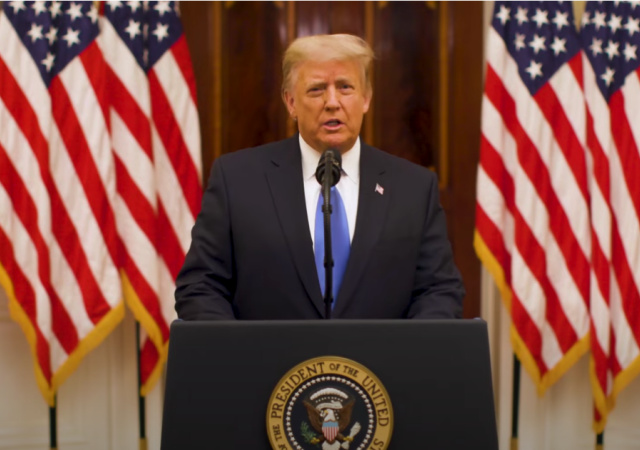 When you look at the media coverage of Trump, the January 6th hearings, the rhetoric of Democrats and never-Trump conservatives, it all comes down to one thing. They are desperate to keep him from being president again.

Michael Anton, an academic lecturer who served as an adviser to Trump, explains it perfectly in this piece for Compact:

They Can’t Let Him Back In

The people who really run the United States of America have made it clear that they can’t, and won’t, if they can help it, allow Donald Trump to be president again. In fact, they made this clear in 2020, in a series of public statements. Simply for quoting their words in an essay for The American Mind, I was mercilessly mocked and attacked. But they were quite clear. Trump won’t be president at noon, Jan. 20, 2021, even if we have to use the military to drag him out of there.

If the regime felt that strongly back then, imagine how they feel now. But you don’t have to imagine. They tell you every day. Liz Cheney, Trump’s personal Javert, has said that the 45th president is literally the greatest threat facing America today—greater than China, than our crashing economy, than our unraveling civil society.

That’s rhetoric, of course, but it isn’t merely that. It’s safer, and generally more accurate, to assume that your adversaries mean what they say. If you doubt this, ask yourself: When was the last time they acted more moderately than they talk?

Even if it is just rhetoric, the words nonetheless portend turbulence. “He who says A must say B.” The logic of statement A inevitably leads to action B, even if the speaker of A didn’t really mean it, or did mean it, but still didn’t want B. Her followers won’t get the irony and, enthused by A, will insist on B.

Take some time to listen to the mainstream media. It doesn’t have to be long; five minutes should do. Then spend another five or so reading the statements of prominent politicians other than Trump. To round it out, sacrifice another five on leading intellectuals. It should become abundantly clear: They all have said A and so must say—and do—B.

Yeah, good luck with that.

And when he wins .. again

Of course they can’t let him back in. Trump was already gearing up at the end of his term to purge the Deep State with his “Schedule F” executive order. That means every SES in the Department of Justice will be fired, and some GS15s will go too. There is no way they can allow that. That is why they must prosecute Trump, regardless of the risks, and I’m sure Garland is totally on board with this. The only question is do they pull the trigger before or after the Midterms?

And exactly what kind of trigger do they plan for… someone… to pull?