Our national security would be better served by permanently halting the Biden vaccine mandates and supporting our service men and women. 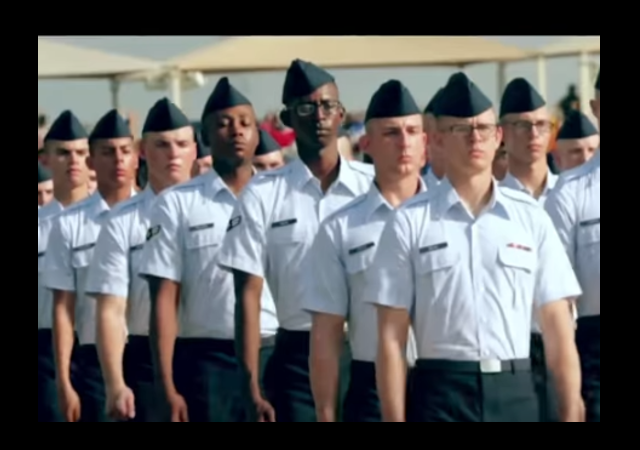 A federal court in Ohio has now blocked the US Air Force from enforcing the military’s coronavirus vaccine mandate for two weeks.

The temporary restraining order means the military cannot punish airmen and Space Force guardians whose application for a religious exemption to one of the federally endorsed vaccines was denied or is still being processed.

Judge Matthew McFarland’s decision brings the case, Doster v. Kendall, closer to trial as a class-action lawsuit. He has criticized the Air Force for what he sees as a failure to carefully consider the merits of each exemption request and instead sweepingly reject them.

“Members face the same injury: violation of their constitutional freedom by defendants’ clear policy of discrimination against religious accommodation requests,” wrote McFarland, of the U.S. District Court of the Southern District of Ohio.

The ruling affects thousands’ status in the Air Force and the newest military branch, the Space Force.

This impacts 80 to 100 plaintiffs stationed at Wright-Patterson Air Force Base in Dayton, who filed the lawsuit against top military leaders back in February, and now 9,000 to 10,000 service members nationally, according to the attorney for the local plaintiffs, Chris Wiest of northern Kentucky.

Biden’s Secretary of the Air Force was ordered to file a supplementary notice no later than July 21 and “no more than ten (10) pages in length identifying why this Court should not grant a class-wide preliminary injunction,” McFarland wrote.

Wiest says it’s likely if there is a hearing it will be in Cincinnati. Or, the judge could decide the case in a written decision.

“We will continue to litigate this case to its conclusion and look forward to continuing this battle with the federal government.”

As a reminder, even Dr. Anthony Fauci has admitted that vaccines do not work well in preventing infection.

In an interview with Fox News on Wednesday 13 July, Anthony Fauci [Top White House Advisor] admits that the vaccine does not “protect overly well” against Covid.

Fauci said: “One of the things we know for sure from looking at the data is that even though the vaccine, because of the high transmissibility of this virus, does not protect overly well against infection.”

In which Dr. Anthony Fauci admits vaccines "don't protect overly well against infection" and "didn't protect [him] against infection" yet also calls for a higher rate of vaccination because without it "we're giving the virus an opportunity to continue to spread in our community." pic.twitter.com/xRtVgOxupd

Bitterly clinging to the vaccine mandate in the name of public health is senseless, especially among healthy young adults. Given the plunging recruitment levels and the escalating chaos in the world, our national security would be better served by permanently halting the Biden vaccine mandates and supporting our service men and women.

How about the rest of the services?

Doesn’t that seem just? Earlier in the pandemic, Dr. Aaron Kheriaty of UC/Irvine sued for recognition of natural immunity and exemption from the school’s vaccine mandate, and won. Why wasn’t the ruling parlayed into nation-wide recognition of natural immunity? Instead, it was for the one man, and only temporary, before UC/Irvine fired him for being unvaccinated and for challenging the mandate in the first place – or speaking out, if you will.

Kheriaty won?! When did that happen? As far as I know he did not win, and his case was eventually dismissed.

I read it here, Milhouse (sorry about the yard long URL):

My memory is faulty on that, Milhouse. The article does not say he won. I recall reading more than one about it – that’s the only one I bookmarked. He did get an exemption but only for a time and apparently it was granted by UC/Irvine and not the court. That he was suing I inferred that meant he won.

Have they filed suits? The cadets can’t do the heavy lifting for everybody. Standing, and such.

The Ghoul was also confronted last week at the County Supervisors meeting by one of the supervisors and THE top hospital administrator over the Ghoul’s laughably insane interpretation of hospital data. But no one reports that. You have to catch it on radio.

BTW, Dr Deborah Birx admitted in her book that she and her hand-selected advisory team intentionally deceived President Trump.

But she had also claimed to have been cleared by Pence to do so. I’d like to hear more on that part.

So why do so many people keep harping on Trump’s “awful” staff choices? There is no more honor among Republicans than among the mafia. No one has been so ill-served by his own party and “friends” than Donald Trump.

“But she had also claimed to have been cleared by Pence to do so.
So why do so many people keep harping on Trump’s “awful” staff choices?”

Haven’t you just answered your own question? Trump chose Pence.
There are all sorts of people out there who are known non-RINOs.
You don’t go to Brutus McConnell to select your inner circle, you are supposed to come with your one posse.
And don’t get me started on Jared Kushner. You can’t even blame McConnell for him.

Jared Kushner orchestrated the Abraham Accords, a major coup of Middle East diplomacy. McConnell wasn’t involved in Pence being VP. Pence was MR CONSERVATIVE before he showed his duplicitous nature. So should I mark you down as a Republican who doesn’t think honor matters? You just assume that everyone is a traitor and that’s okay? So you have no problem with George Bush undermining Reagan in his first term and orchestrating the Iran-Contra scandal with his consigliere Don Cheney? Wow!

Or are you just tone deaf when it comes to Trump? There were hundreds of Republicans who dropped their conservative masks when it came to Trump. It’s not just unprofessional but treason. Secretaries of State, top generals, diplomats, hundreds of scoundrels. It’s more a grand indictment of the Republican Party as being completely devoid of character. Just a pack of scoundrels right? Trump should have known right?

It’s very easy in hindsight to say Trump made awful picks. But I don’t remember all of you know-it-alls pointing out how bad they were when he made them.

You’d be wrong to mark me down as any kind of Republican.
Pence turned out to be a traitor. Whose tinfoil hat worked better there?
As for the rest of your strawmen, you can use them as incontinence insurance.
And yes, we spoke up when he picked some known losers… as if we had a chance of being heard.

Why would a federal judge believe that he has jurisprudence over a matter that falls under the UCMJ?

Judges have gotten away with legislating from the bench for decades. Now they’re broaden their horizonless: they are broadening their jurisdiction.

Not the first time- numerous training regimens have been changed by court order because they “discriminated against women”.

And orders can be unlawful- and the only way to challenge an unlawful order is in a court.

Because it doesn’t. The Air Force is bound by the same constitution as the rest of the government, and the federal judiciary is charged with interpreting it.

Good, but hope it sticks but doubt it.
They are out to destroy the military and get down to mostly Leftists.

Our national security would be better served by permanently halting the Biden vaccine mandates and supporting our service men and women.

It would, but the courts can’t do that. It’s not up to the courts to decide what serves national security, or to do anything about it even if they could decide. A temporary halt while considering an injunction is the best a court can do. Serving national security is the Defense Secretary’s job, and unfortunately that person is more concerned with other things.