What about the employees who want to be referred to as a “Fairy Godmother in Training?” 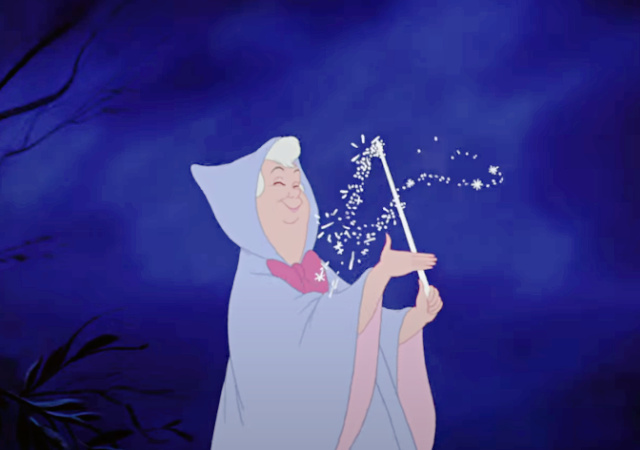 Cast Members of the Bibbidi Bobbidi Boutique will now be called Fairy Godmother’s Apprentices instead of Fairy Godmothers in Training to be more gender neutral.

This new title has been added to the Walt Disney World and Disneyland websites. It’s just the latest in a long line of changes at Disney Parks to create a more inclusive environment for guests and Cast.

The blog Streaming the Magic said, “This way cast members that might not identify as female can still be part of the process to dress up & style the children without having to refer to themselves as a female Disney character.”

Why not offer a CHOICE instead of applying it to everyone? People complaining about these titles applying to everyone insists their preferred title must be applied to everyone.”

How do I logic?

What about the people who want to refer to themselves as a female Disney character?

You know those people still exist.

When are they going to change her to Fairy Godbirthingparent?

Disney already made the Fairy Godmother a gender-neutral character when it cast Billy Porter in the Amazon Prime Video remake of Cinderella. Porter called his character “GodMuva.”

My head hurts. I don’t care what you want to be called. *I* don’t want to be referred to as anything but a female.

They haven’t let “Song Of The South” out of the vault in years. I think Dumbo is out probably the Jungle Book soon if not already.

Will they get rid of all of the terrible movies where babies grow up to be normal, get married, have kids and live happily ever after.

A couple of years ago I went to a Civil War museum just outside of Dallas, and amazingly enough I was able to get SotS on DVD. I snatched that up because I had seen it as a kid when it was re-released in the early ’70s, and I knew WD was trying to sweep it under the rug. AFAIK it’s a legit DVD and not a pirated copy (I’ve heard of overseas movie sites that carry that type of thing, but from what I’ve heard those copies are lousy quality.

Cinderella is a classic fairy tale. If you don’t want to follow the story, you don’t have to. Just make up your own fairy tale and use a different name.

The term “doubling down” comes to mind.

Disney smears feces on itself. Walk away from Disney. Don’t make a big deal out of it, don’t yell boycott, just ignore them. Don’t expose your kids to the parks, or the movies, Just let them fade away and die.

Best walk away movie scene ever (early 90s) was Merlin turning his back on magic – and taking away its power.

Fairy is bigoted.
God is verboten.
Mother is nonexistent.

What are they supposed to call these helpers?

I think simply “Fairies in Transition” rings all the right Disney bells, don’t you?

Just what I thought about it, too. With “fairy,” “God,” and “mother” in the job title, you can bet they’ll soon figure out something lame to call the people doing the job.
.

To be fair- if you pay that dollar amount and let a tranny work on your kid’s hair and makeup- I’m not mad at Disney. Don’t be mad at Satan for being Satan, there’s a bigger problem in that equation that is NOT Disney.

Oh, I would! But, it would be Fantasia, The Painted Desert, Song of the South, Cinderella, and some of the educational films Disney did with Jiminy Cricket doing the narrations. Even some of the movies like Flubber, and, The Parent Trap. They were light hearted fun.

They turned out some incredibly good product in Walt’s day; there is no reason to cast it away now.

I grew up with Disney… from the original Mouseketeers, Perry the Squirrel, Davy Crockett (went to college with a member of the Crockett clan)… on and on. The science series were great such as with Von Braun. Yep… you are correct… the OLD Disney pre-Touchstone era is good quality. Zorro, The Scarecrow, Swamp Fox, Elfego Bacca..on and on…

I’m guessing they chose “apprentice” as an allusion to the sorcerer’s apprentice and the implied masculine character there.

“I’m guessing they chose “apprentice” as an allusion to the sorcerer’s apprentice and the implied masculine character there.”

And a female one would be “The Sorceress’s Apprenticess”?

I recommend they use the term “Comrade”. It seems to say all that needs saying.