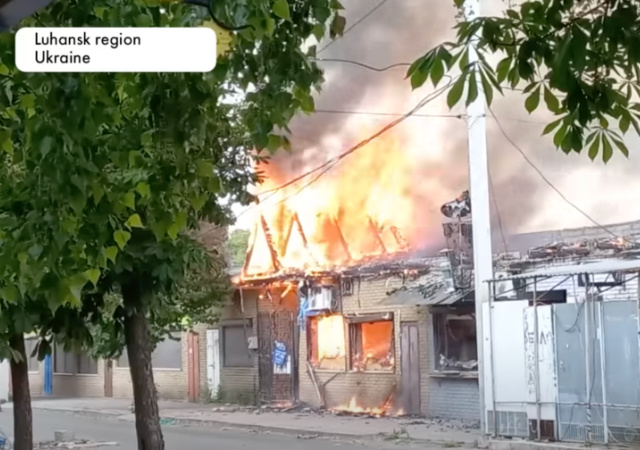 Day 99 of this full-scale invasion. Day Who Knows since Russia invaded Ukraine in 2014.

We feel the pain when we checkout at the grocery store. Africans and other countries count on direct food and fertilizer from Ukraine and Russia. They feel it on their tables and fields.

More proof no one thought through the sanctions:

The head of the African Union, Senegalese President Macky Sall, will meet President Vladimir Putin in the southwestern Russian city of Sochi on Friday to discuss food shortages caused by the conflict, which are exacerbating hunger in parts of Africa.

Both Ukraine and Russia are major suppliers of wheat and other cereals to Africa, while Russia, which is under export-limiting Western sanctions, is a key producer of fertiliser.

Sall’s office says the visit, which was proposed by Putin, is aimed at “freeing up stocks of cereals and fertilisers” and easing the Ukraine conflict.

During the week, Sall criticises the decision by EU members to expel Russian banks from the SWIFT financial messaging system, which has made it harder for them to process international payments for Russian goods.

The struggle to get the EU’s sixth package of sanctions over the line goes on.

It had been hoped that ambassadors would formally adopt the measures at a meeting last night. But diplomats say a spanner in the works is that Hungary doesn’t want the head of the Russian Orthodox Church, and Putin ally, Patriarch Kirill added to the sanctions list.

The patriarch is a staunch supporter of Russia’s invasion of Ukraine, while at the same time claiming Russia has “never attacked anyone”.

Hungarian PM Viktor Orban has previously voiced opposition to the idea but a senior official told the BBC that the matter was not raised at a summit of leaders earlier this week.

It was at that summit that Viktor Orban already won major concessions on the EU’s move to ban most Russian oil imports by the end of the year. Ambassadors meet again this afternoon in Luxembourg to try again.

Russia is now controlling about 20% of Ukraine’s territory – this is much more than Belgium, Luxembourg and the Netherlands put together, President Volodymyr Zelensky has said.

Addressing Luxembourg’s parliament, he said almost 125,000 sq km (48,260 sq miles) was now in Moscow’s hands. That includes Crimea and parts of eastern Ukraine that Russian proxy forces seized in 2014, which made up roughly 7% of Ukraine’s territory.

Nearly 12 million Ukrainians have been forced to flee their homes since the start of the Russian invasion on 24 February, and over five million of them – mostly women and children – have gone abroad, he said. The UN puts the total number displaced at almost 15 million.

Zelensky also claimed that Russian military losses now stood at more than 30,000 – more than overall Soviet casualties during the war in Afghanistan in 1979-89, and the two Chechen wars in 1994-2000.

Russia has so far given details of more than 1,300 deaths in Ukraine.

Chancellor Olaf Scholz of Germany on Wednesday promised two more potentially significant donations of heavy weapons to Ukraine — an air-defense system and a tracking radar to help the Ukrainian army locate sources of Russian heavy artillery — and defended his government’s record on getting these weapons to Ukraine in a timely fashion.

“This, too, is a decision we have made that ensures Ukraine’s security with the most modern equipment,” Mr. Scholz said during an unusually impassioned speech to Germany’s Parliament. The air-defense system, he said, is among the most sophisticated in the German arsenal and could be deployed to protect whole cities.

The speed and scale of weapons donations to Ukraine has been a persistent source of criticism for Mr. Scholz both from Ukraine and from inside Germany, even as he has spoken of breaking with decades of pacifist policy.

But Mr. Scholz did not immediately specify delivery timelines for the latest weapons.

Inflation. Securing schools. Who cares, right? How much money have we invested in Ukraine? I lost count because Biden wants to give the country $700 million more in military aid.

“The United States will stand with our Ukrainian partners and continue to provide Ukraine with weapons and equipment to defend itself,” Biden said in a statement.

Biden announced the plan to give Ukraine precision HIMARS rocket systems after receiving assurances from Kyiv that it would not use them to hit targets inside Russian territory. Biden imposed the condition to try to avoid escalating the Ukraine war.

“The Ukrainians have given us assurances that they will not use these systems against targets on Russian territory,” Secretary of State Antony Blinken said at an appearance with NATO Secretary-General Jens Stoltenberg.

It will take about three weeks to train Ukranian forces on the use of the new systems, the official said.

Ukrainian officials promised not to use these weapons to attack inside Russia.

Pretty soon I won’t have to write so much about Severodonetsk. It feels like Mariupol all over again.

“The enemy has entered the centre of Sievierodonetsk and is trying to take up positions,” Ukrainian military spokesman Oleksandr Motuzyanyk said at a briefing.

If Russia captures the city and its smaller twin Lysychansk on the west bank of the Siverskyi Donets river, it will hold all of Luhansk, one of two provinces in the Donbas that Moscow claims on behalf of separatists.

Capturing Luhansk in its entirety would fulfill one of Russian President Vladimir Putin’s main aims and solidify a shift in battlefield momentum after his forces were pushed back from the capital Kyiv and from northern Ukraine.

Instead of a steel plant, the civilians in Severodonetsk have sought shelter under a chemical plant:

“There are civilians there in bomb shelters, there are quite a few of them,” Luhansk regional governor Serhiy Gaidai said of the Azot chemical plant, adding that there were “strong Soviet-era” bomb shelters under the factory.

“We were assured that there were no (chemicals) left, but as we can see there are still some remnants,” he said, referring to Tuesday’s discharge.

Didn’t we JUST give them 40 BILLION!

Well, not really. Congress voted a $40 Billion USD package. Not all of the funding was to be spent now (the usual longer term bill) and a large part of the funding will be sent to the Pentagon or otherwise spent in the US. Zelenskyy;s government did get $8 Billion USD for continuing government operations. Somehow this administration failed to obtain sufficient pallets of used bills to send it in cash. Seriously, IIRC that spending is over time, not all this year.

Zelensky gets $8 Billion, where does the other $32 Billion go? To the US politician’s slush funds to hand out during midterms? To the military industrial complex anxious to sell more weapons since the withdrawal from Iraq and Afghanistan?

Kinda makes you wonder who is profiting from this war.

Someone wants this war to go on and on.

The good news is that Ukraine continues to be the place where our politicians enrich themselves.

That said, a Taliban homecoming with “benefits”, a domestic war on the People and our Posterity, and a Biden/Maidan/Slavic Spring eight years, two years in progress. Stand with Ukrainians who suffered under the post-coup “apartheid” (i.e. violent disenfranchisement, denial of essential services) regime and the Kiev-aligned military/paramilitary axis assault on Ukrainians who have been deemed deplorable.

Once again, the EU relies upon the US to fund Ukrainian resistance even though the war is on their doorstep. Only Estonia, Latvia and Poland exceed the US as a percentage of their GDP. Shameful.

The US military industrial complex smiles.

Also, western European nations have been lukewarm in supporting any action against Russia or in support of Ukraine. Germany, France, Spain, and Italy has shown prior to the invasion an apathy. All their defense spending is well below NATO targets and have been for decades. Despite Scholz touting his one time expenditure on defense modernization, his has already walked back his statement they they will increase spending to meet NATO targets. The next year’s budget is still flat.

So it came out that India is buying Russian oil and reselling it to the countries that have ‘banned’ Russian oil.

There does not seem to be any limit to how much our government spends. The question never seems to be guns or butter, but now it is no real questions asked.

Amazing, or not, that one color of people need white people to feed themselves.