“The left has developed a powerfully coordinated legal election effort under the leadership of left-wing lawyer Marc Elias.” 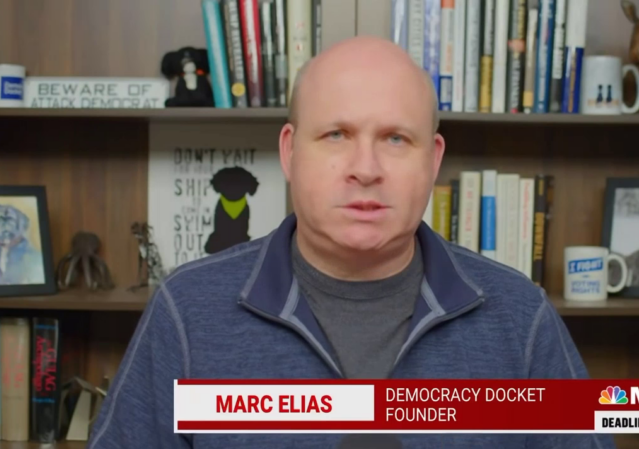 Just remember, these are the same people who called Trump’s 2020 lawsuits frivolous and claimed they were based on conspiracy theories.

The day after the 2020 presidential election, I predicted the left was going to target any attorney who dared to get involved challenging election fraud. They’d already started successfully targeting conservative attorneys, it just hadn’t gotten much attention yet. Since most people are  bored by legal issues, they fly under the radar. I wrote about it over a year ago, and things have gotten far worse since then. This year, they launched “The 65 Project” to brazenly accomplish it, named after the 65 lawsuits Trump-affiliated attorneys filed after the election.

The left has developed a powerfully coordinated legal election effort under the leadership of left-wing lawyer Marc Elias. In recent years, he has successfully brought together a coalition of left-wing nonprofit groups to work in conjunction with each other on elections. It’s a brilliant plan considering the left now dominates much of the legal system to give him victories; in urban areas they have more judgeships, they dominate state bars which are responsible for attorney discipline, and they run the biggest, most powerful law firms.

The reason they have taken over state bars is because while conservative attorneys are more likely to have families and be involved in church, taking up much of their free time, liberal lawyers are not, so they have more time to volunteer and serve on state bars’ boards of governors and committees. The left also controls large law firms for similar reasons. Without family and church obligations, they can devote long hours to achieving required billable hours.

Now they’re coming after elected attorneys too. Arizona Attorney General Mark Brnovich, who has been out on the forefront investigating election fraud, had 12 bar complaints filed against him and his staff by radical activist Democratic Arizona Secretary of State Katie Hobbs over election issues. He beat them, but she will just figure out reasons to file more; continue to throw mud until something sticks. The Arizona State Bar is one of the most vicious bars in the country. I work as a reporter, and can rarely get comments for my articles from conservative attorneys in the state due to their fear of retaliation.

“Marc Elias didn’t Avenatti himself.”
Hope to be hearing that catchphrase within 12 months.